Arsene Wenger is ‘as hungry as ever’, claims Arsenal assistant boss Steve Bould

A sore throat sidelined Arsene Wenger at his weekly press conference on Thursday with the Arsenal boss sending his assistant Steve Bould to preview their game against Stoke instead.

The Gunners feel they need a win at the Emirates on Sunday to stay in contention for a top-five finish and Bould insists the 68-year-old is as hungry as ever.

Wenger, who was said to have ‘completely lost his voice’, has been under pressure this season and faces further questions over his future at the Premier League club.

Arsene Wenger is ‘hungry as ever’, claims Arsenal assistant Steve Bould on Thursday 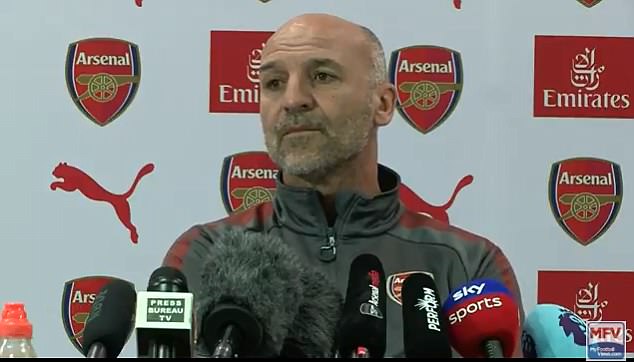 Bould’s appearance was surprising with Arsenal having given the media no warning and he was asked about his boss.

‘I admire him immensely,’ Bould said. ‘He takes unbelievable stick off an awful lot of people and he’s just one of the great managers. It’s a pleasure for me to sit next to him.

‘I understand that he’s doing a great job, as far as I’m concerned and has done a great job for an awfully long time.

‘He’s remarkable. Behind closed doors I’ve never known someone who’s as hungry and determined to win football games. It’s as big as I’ve ever seen, yes, for sure.’

Elsewhere, Bould said France striker Alexandre Lacazette had also been in training and is pushing to be in contention for the game against the Potters on Sunday

‘He trained yesterday too,’ Bould said of the Frenchman. ‘It’s important for him to have as much training and match time as we can give him.’ 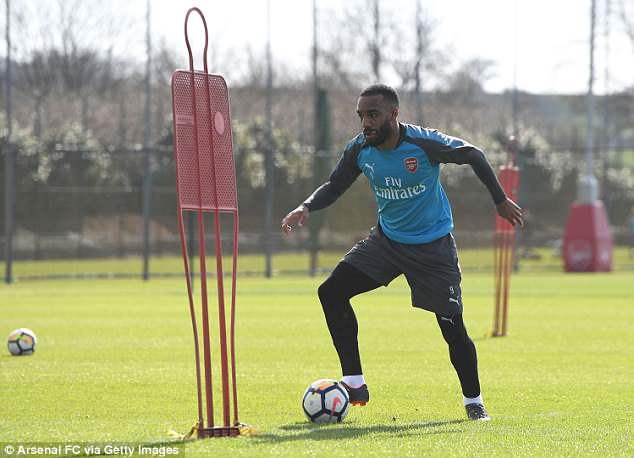