An artist has created a stunning sand picture of a koala in honour of the millions of animals who died in the bushfire crisis.

The little koala is seen clinging to a burning tree in the artwork, which was created on a beach in Geelong, Victoria.

On its Instagram page, artist Breathe a Blue Ocean shared a picture of the work and explained it aimed to raise awareness of the huge loss of animal life.

‘We were all smelling the smoke the fire today and not seeing the sun at times,’ the caption read.

The artist, whose Instagram page is dedicated to intricate sand artwork, doesn’t use any ropes or anchored rakes to make the pictures.

Thousands of koalas are believed to have died in the blazes, particularly those on Kangaroo Island.

Koala numbers have plummeted by a third in the 20 years between 1990 and 2010 due to habitat destruction, deforestation, fragmentation, cars and dogs. 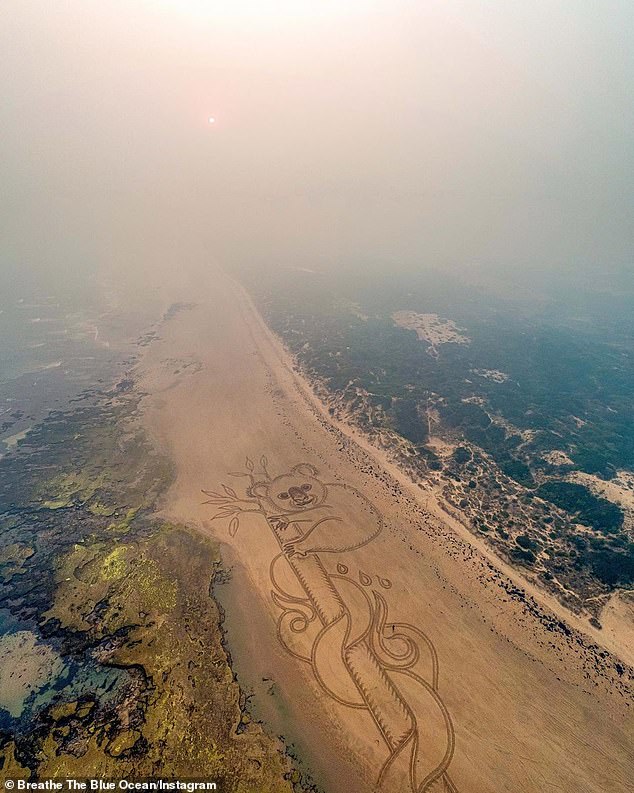 The koala mural (pictured) in Geelong, Victoria, was in honour of the millions of animals who have died in the bushfire crisis

Due to the destruction of their native habitat, the Australian favourite is on track to become completely extinct by 2050.

Experts fear this process will only speed up after huge swathes of the koala population were wiped out by bushfires.

‘And so the population in Australia isn’t great. That’s just due to the habitat destruction, so we just need to make sure that we’re not cutting down their trees and we’re planting new ones.

‘They say they will genetically extinct by 2050, because the populations still there are just becoming smaller and smaller. It’s very sad.’

Experts at the WWF Australia now estimate around one billion animals have perished in the fires.

‘Australia is a land of bushfires, but this season’s unprecedented mega fires are not normal.

‘Climate change does not cause bushfires, but it does make them much worse,’ WWF Australia CEO Dermot O’Gorman said in a statement last week. 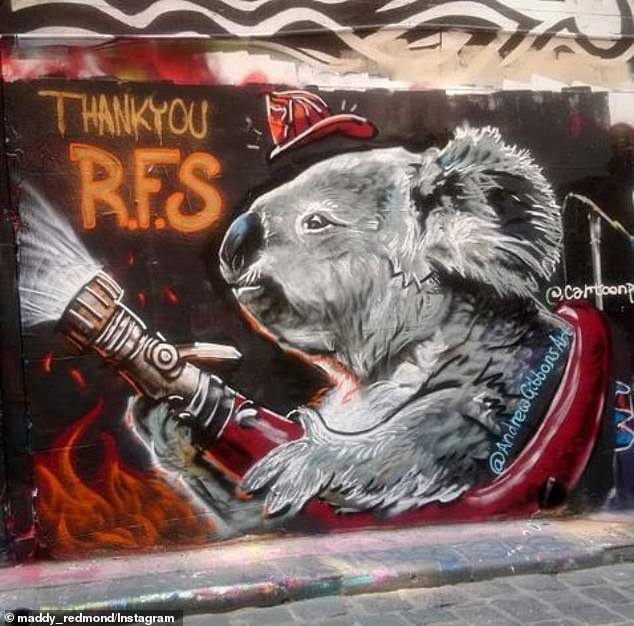 A koala mural (pictured) has popped up in Melbourne’s Hosier Lane, after thousands were killed in the devastating bushfires

‘This heart-breaking loss includes thousands of precious koalas on the mid-north coast of NSW, along with other iconic species such as kangaroos, wallabies, gliders, potoroos, cockatoos and honeyeaters.’

The loss of wildlife comes alongside the enormous damage to national forests and millions of trees, releasing enormous volumes of carbon dioxide that are already affecting air quality.

The bushfires, which began in September, have claimed 28 lives and are estimated to have killed more than a billion animals across eastern and southern Australia.

Wet weather this week has given exhausted firefighters a huge boost, helping to reduce or contain some blazes.

But dozens of fires remain out of control, and authorities have warned the crisis could worsen again with Australia only half way through its summer. 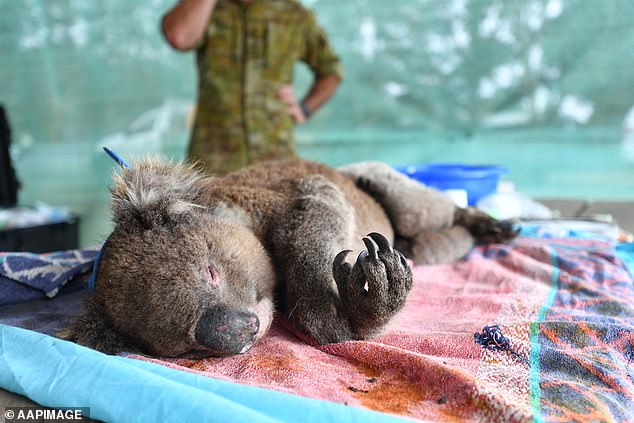 Koalas have been a victim of this season’s raging bushfires. This koala is being treated at Kangaroo Island Wildlife Park (pictured)