You can say what you like about our teadrinking habits, our passion for Yorkshire puddings and wearing socks with sandals, but laughing at our most beloved condiments? What sauce.

However, a noted Spanish gourmand has just published a guide to the UK’s condiments — and warns unsuspecting diners from around the world to expect the worst.

Ignacio Peyró, a journalist and author who is also the director of the Instituto Cervantes cultural centre in London, kicks off his article for Spanish Esquire by stating that the ‘bad reputation of English food remains one of the most dependable things in this world’.

Once he gets that deep-fried bombshell out of the way, he is straight on to his real problem with our cuisine. It’s not so much the actual food itself — although he has issues there, particularly with Marmite (‘unspeakable’) and rhubarb (‘impossible’) — it is the stuff we put on it. 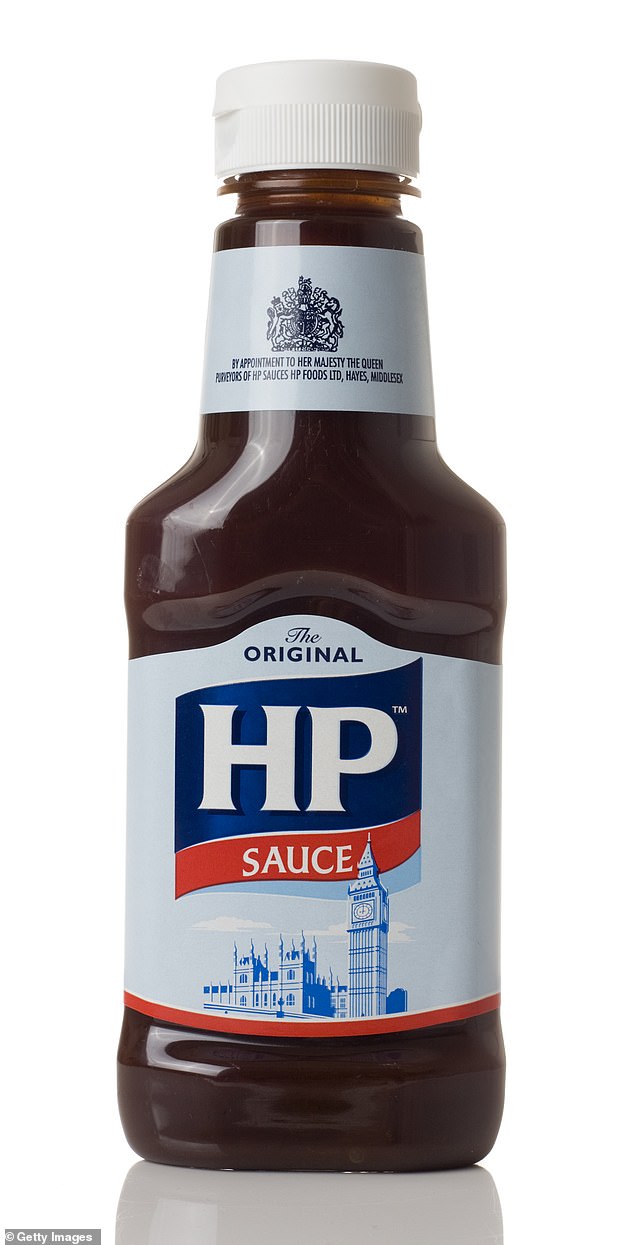 HP Sauce was invented in 1895 by Frederick Gibson Garton. He called the sauce HP because he had heard that a restaurant in the Houses of Parliament had begun serving it

Stuff like English mustard — which he describes as ‘the most patriotic of all British sauces’. That sounds about right, but unfortunately he does not mean it as a compliment.

According to Ignacio, our mustard harbours ‘a devastating potential’ that ‘scorches the unsuspecting palate as thoroughly as the most spiteful chilli’. He feels the same way about horseradish sauce — sacrilege! — and has absolutely no time for mint sauce, which he says is only used to disguise the advanced age of the lamb eaten in the UK.

This does not happen in Spain, he writes, where they prefer their lamb on the early side of what he calls ‘infanticide’. Too true. I remember years ago ordering leg of lamb in a Madrid restaurant and being served — whimper — an entire tiny leg.

I’d have been really appalled had it not been so quite so delicious. In Spain, suckling lambs are usually despatched within 35 days, while in the UK it is more likely to be three to four months.

But need we speak of such things just a day or two after Easter? Especially when we we must defend our reputation as a people who apparently rely on appalling condiments because we ‘have not come of age’ and use sauces because we are unable to flavour our food properly. Really, what cheek.

Have they never heard of national dishes such sponge with custard, fish fingers and proper mash? Honestly, the nerve. I loved Ignacio’s amusing article but he is wrong, wrong, wrong on so many saucy fronts.

The only thing piccalilli is good for is being fished out of a Christmas hamper and then stuck in the back of the pantry for a year or two; a jar of elf vomit left to be ignored in all its sullen, bobbled, mustardy dank before being thrown out untouched. 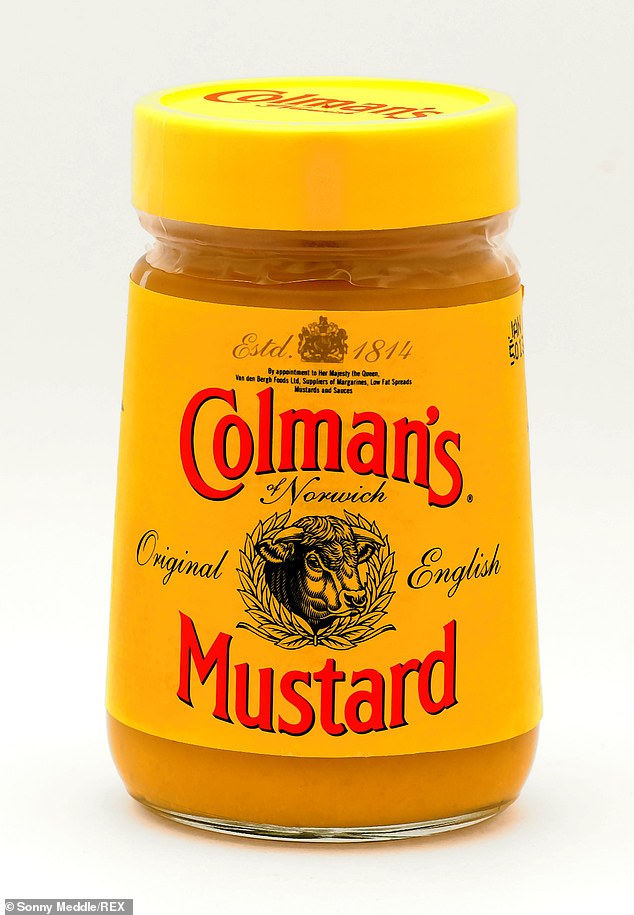 A jar of Colman’s English Mustard. A comforting sight in any pantry

I need hardly add that Ignacio also loves bread sauce, that mush equally adored by millions of my fellow Brits. Why? To me, bread sauce is completely pointless. I can’t stand the stuff, nor the weird fetish of making it, including the Infusing of the Milk, the Spearing Of The Onion With Cloves and the Squeezing of the Wet Bread, ugh.

And all for what culinary purpose? Ignacio claims it is a vital accompaniment and ‘splendid with a good Scottish partridge’ while for many, no roast chicken dinner is complete without it.

Bread sauce is not popular abroad — quelle surprise! — and neither is bottled Salad Cream. Quite a relief to see that the latter has escaped Ignacio’s attentions entirely, because surely it is the biggest condiment aberration of all?

Since Heinz developed Salad Cream for the domestic UK market in 1914, everyone else in the world has been appalled. And no wonder. Salad Cream is high in vinegar, low in sophistication and generally a thin, sharp, unforgiving cousin to mayonnaise. It simply couldn’t be more British if it tried. 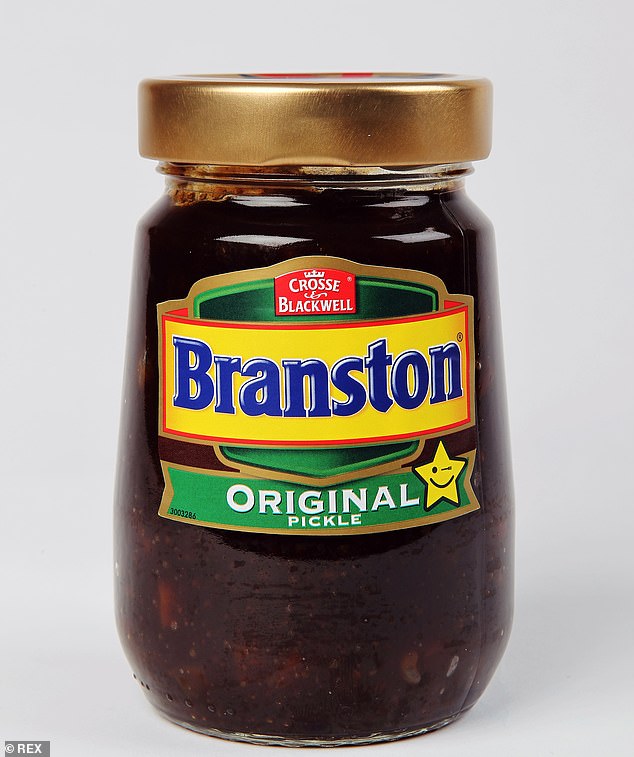 Another proud British classic, Branston pickle is a popular condiment for sandwiches

However, generations of us have grown up assaulting otherwise innocent lettuces and harmless egg salads with the stuff, and retain an inexplicable fondness for its acidic embrace.

I do understand his bemusement with HP Sauce (‘sweet, unsophisticated’) and the relish with which ‘hectolitres’ of this odd brew are consumed with full fried breakfasts on a Sunday.

A ghastly sight indeed, yet it cannot be denied that every now and then, a squirt of HP on a bacon sandwich lifts it into a higher place. And when it comes to lamb, not every international gourmet is so virulently anti-mint sauce. Indeed, many more enlightened souls can see its glorious potential.

For the late, great French chef and restaurateur Michel Roux, mint sauce with lamb was one of the glories of the British table. Indeed, it was one of the few of our home-grown culinary inventions to gain his exacting approval. ‘It is excellent because it cuts through the fat of the lamb,’ he once told me.

To my great excitement, he even included it in his seminal cookbook Sauces, where it was given a French polish and rebilled as sauce a la menthe. Only his was a sweet mint sauce, made with sugar and egg yolks, not the savoury vinegar concoction we all know and love.

And even Brits wouldn’t put that on their lamb roast, no matter how much claret they had knocked back with the Brown Windsor soup. Speaking of which, Branston Pickle. According to Ignacio, this is not a nice little dollop of something savoury to pep up a ploughman’s lunch.

No, it is ‘a classic snack for drunk people’, who eat it straight from the jar when they come home from the pub and are perhaps lacking the co-ordination and wherewithal to make a sandwich.

Too pickled for anything more than a snort of pickle? He makes it sound as if that’s a bad thing. Today Branston comes in many varieties, including Small Chunk, Smooth Pickle and Fruity —which makes them sound like new members of The Temptations. He has had his say, but I am going to say nada about his armada of criticisms.

I’m not going to be rude about the Spanish fondness for mayonnaise in tubes, tinned asparagus and Russian salad. I’m not even going to mention the breadcrumbed bull testicles, baby eels or fried sea anemones, which are all considered national delicacies.

Or the fact that there is no mention of tomato ketchup, malt vinegar or Maldon salt, things that we can all be justifiably proud of. Why not? For perhaps there is a truth buried somewhere in all this sauce about our favourite sauces.

I mean, just look at these big beasts — they certainly take no prisoners. The are the sumo wrestlers of sauce, the condiment kings. It takes a certain kind of nation to rear a pig, turn that pig into ham, age that ham, slice that ham and then decide what will go best with that ham is a big dollop of English Colman’s mustard — enough of the yellow devil to make tears spring into your eyes and burn your sinuses.

To besmirch a fried egg with a shot of molasses and tamarind in the guise of HP Sauce. Yet somehow, it all works. And at least there is one thing we can all agree on. After two years of living in the UK, Ignacio has now succumbed to the ‘brown alchemy’ of Worcestershire sauce.

Like ‘all good Britons’ he now cannot imagine having cheese on toast without it. Ha! It is a small victory in the international sauce war, but an important one. Now all we need to do is persuade him to put some mustard on his testicles