Fashion month’s most bizarre looks! As the final shows take place in Paris, FEMAIL shares the most eye-popping designs – from inflatable trousers to gloves made from CONDOMS

Fashion Week may set the trends… but not everything shown on the runways is likely to catch on.

Throughout September, designers have taken to the catwalks of New York, Milan, London and Paris to dazzle and wow spectators.

Yet again, this season has pushed the boundaries of what we call ‘fashion’, from dresses created out of plaited hair to condom gloves, designs have tested the limits of insane style.

Hairy situation: Victor Weisanto caused a stir as he opened womenswear spring-summer 2023 at Paris Fashion Week. His collection featured almost transparent jumpsuits and dresses. The 28-year-old designer’s most daring outfit was created out of plaited hair and a piece of sheer fabric 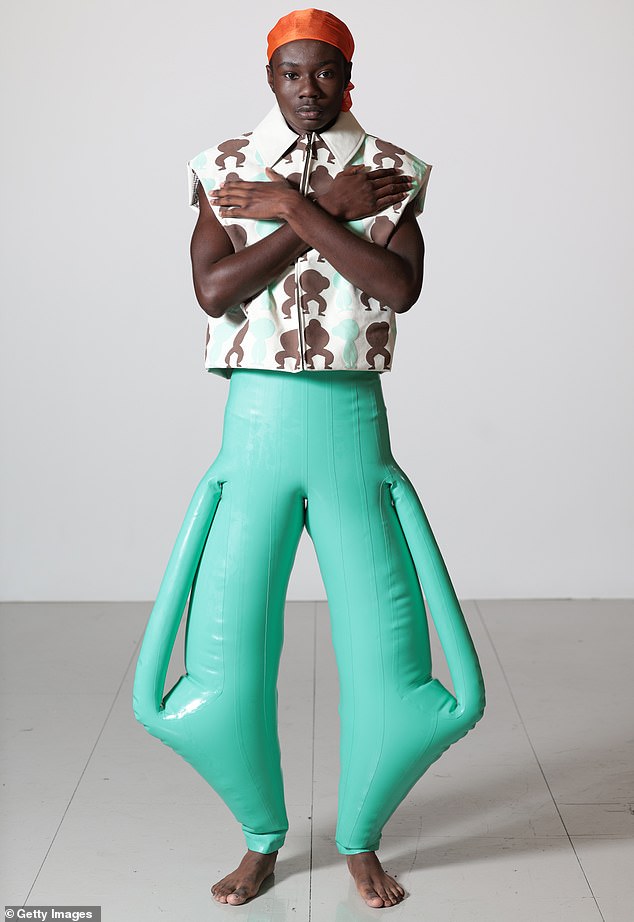 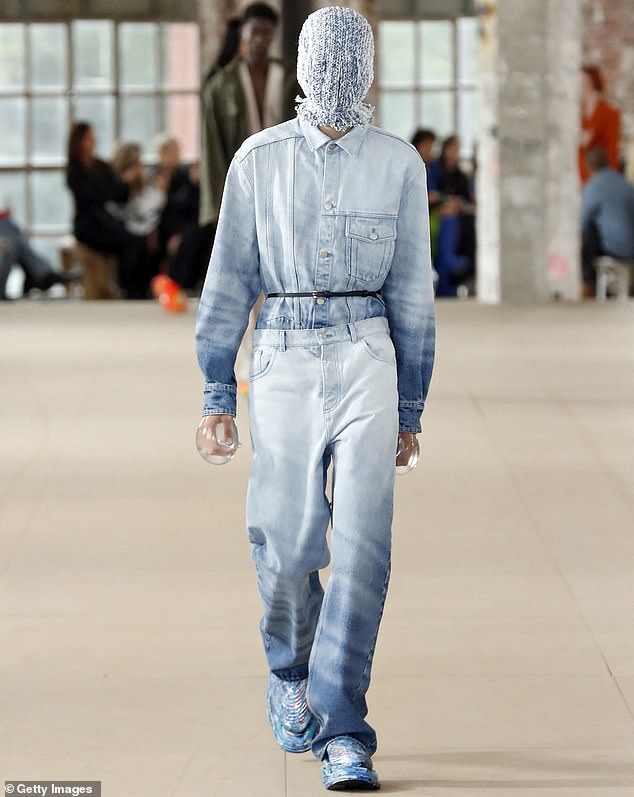 Protection is key: Botter became one of the most-talked-about brands at Paris Fashion Week, after showcasing its runway collection, featuring condoms filled with water – wonder what the intern thought of this idea 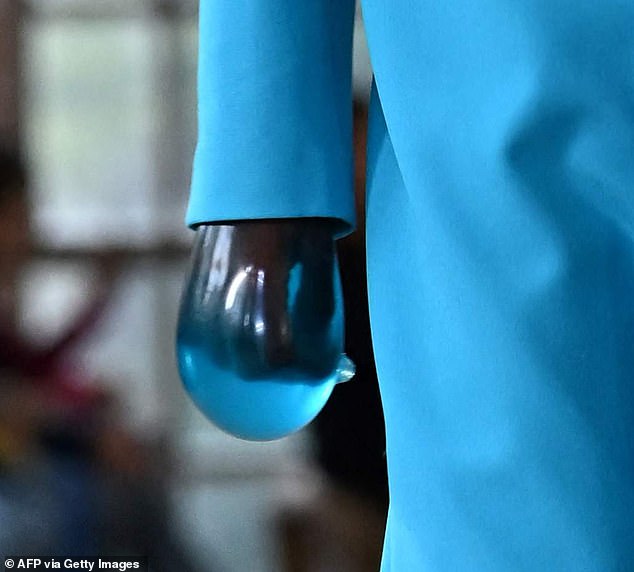 Nature vs fashion: Botter said that it filled XL condoms with water so that it could bring nature and the elements to the catwalk 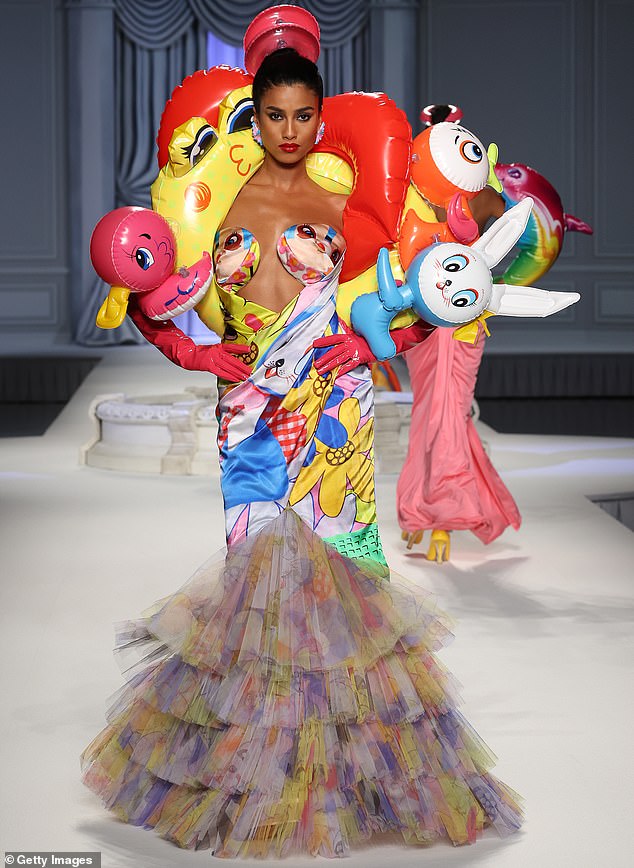 Proving fashion is fun: Always one to push the boundaries, Moschino did fail on the wacky front with its childish inflatable and cartoon-esque designs at Milan Fashion Week 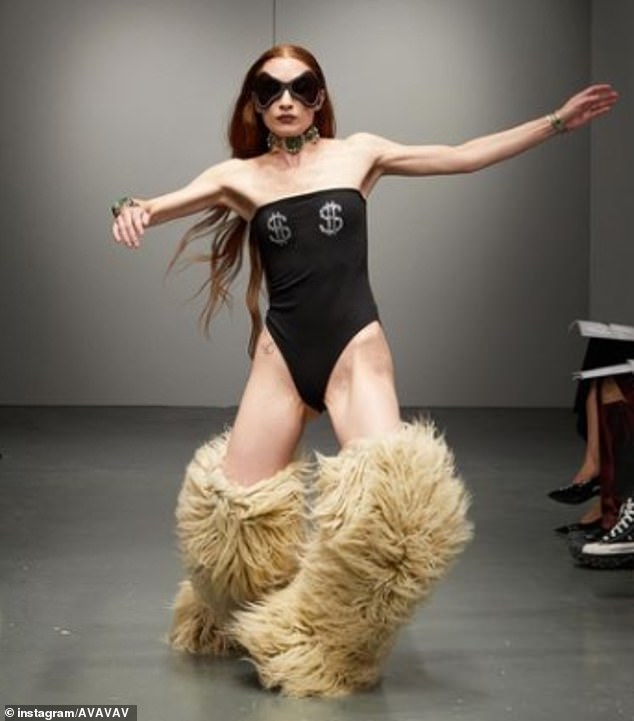 Destined to fall: Beate Karlsson brought escapism and humor to her debut runway show at Milan Fashion Week. She displayed the downfalls of money by literally having models fall over themselves down the catwalk as they donned expensive clothing 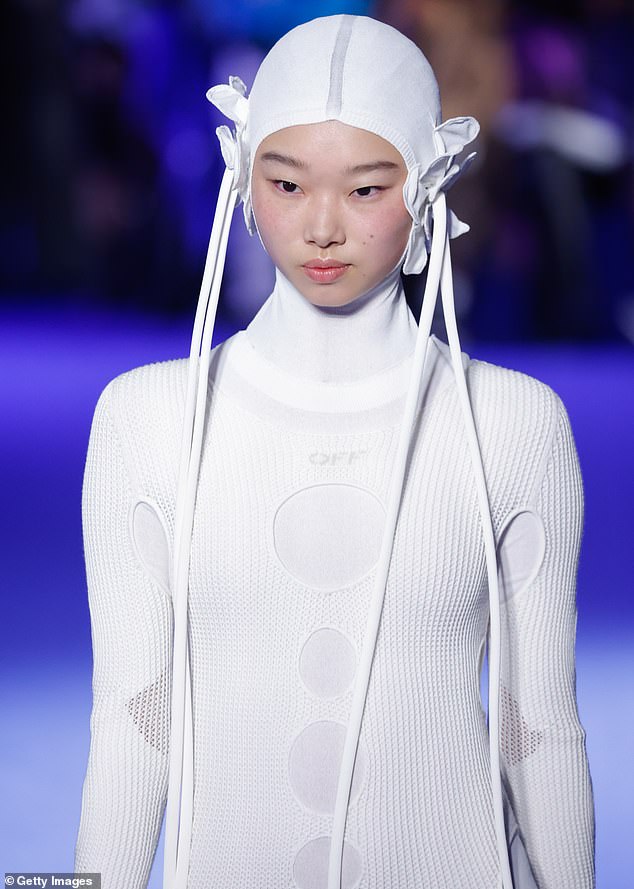 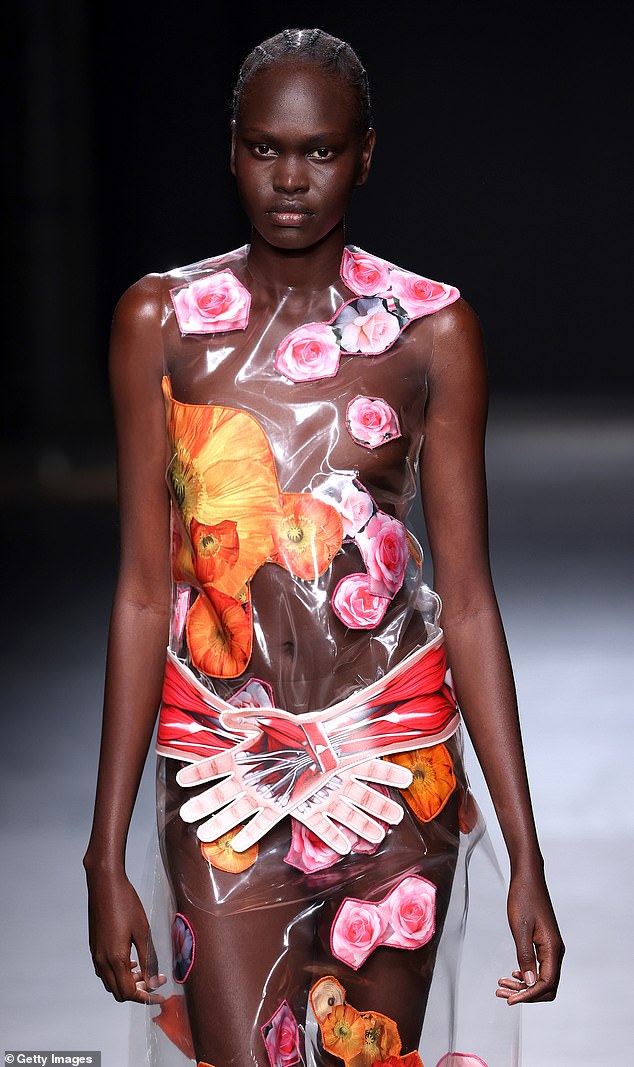 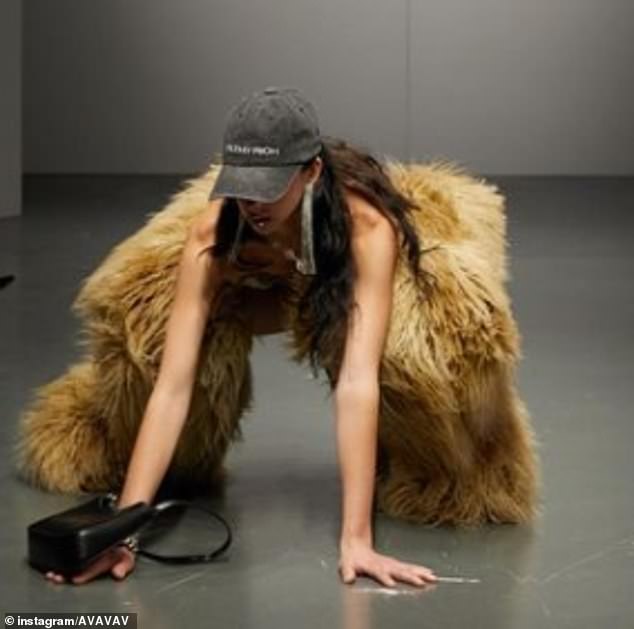 Pride comes before a fall: Beate Karlsson’s hilarious footwear, designed to make you trip, mocked outrageous amounts of money and what it can buy 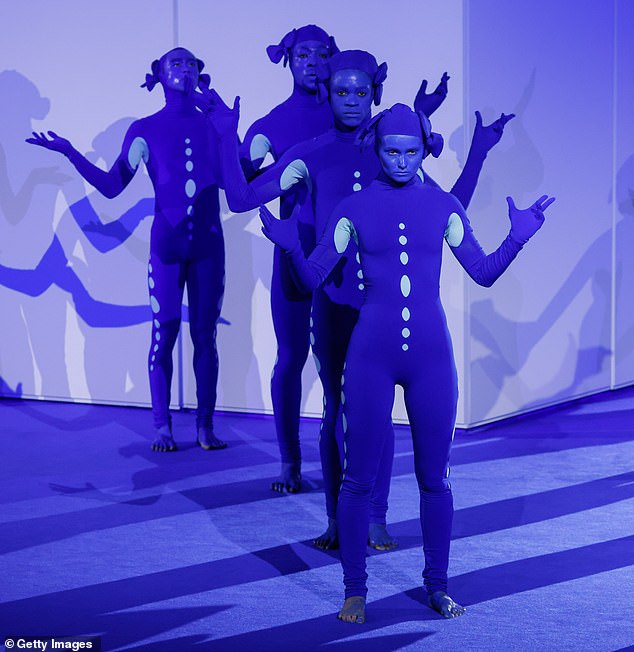 The blue men: Even the dancers at Off-White’s Paris show looked out of this world as they looked sinisterly out through cobalt blue attire 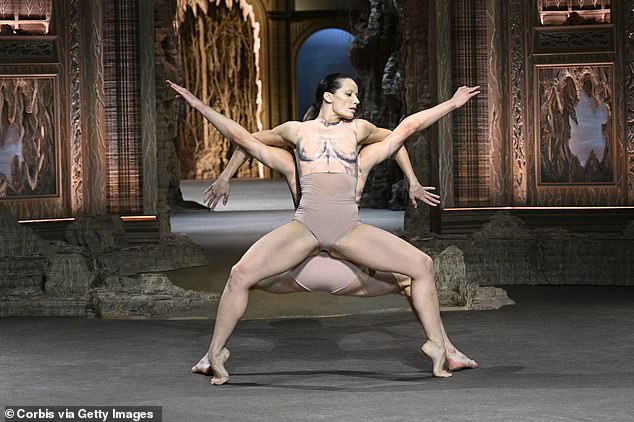 Undressed: Performers during the Christian Dior show at Paris Fashion Week stole the show as the challenge the concept of fashion through naked outfits 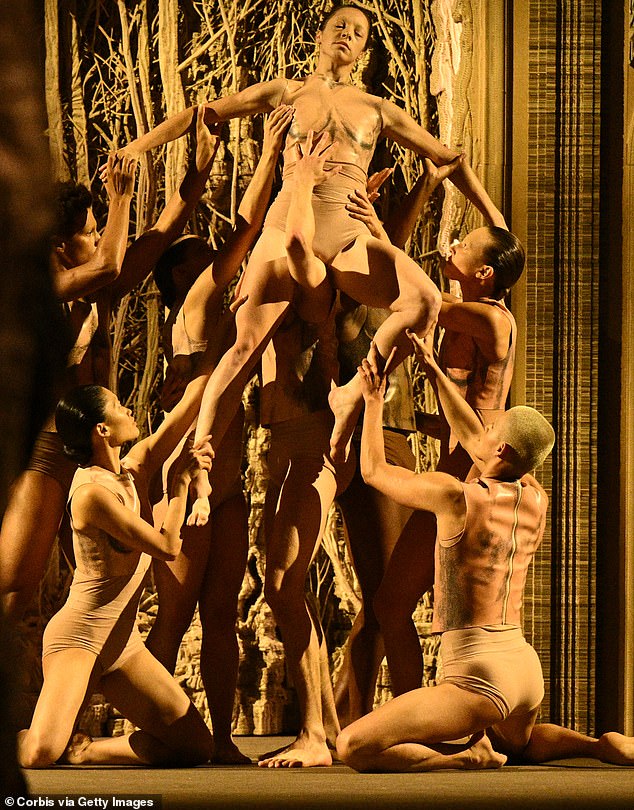 What is fashion: The dancers at the Dior show donned outfits made to look like the human body. The naked outfits stole the ‘fashion’ show 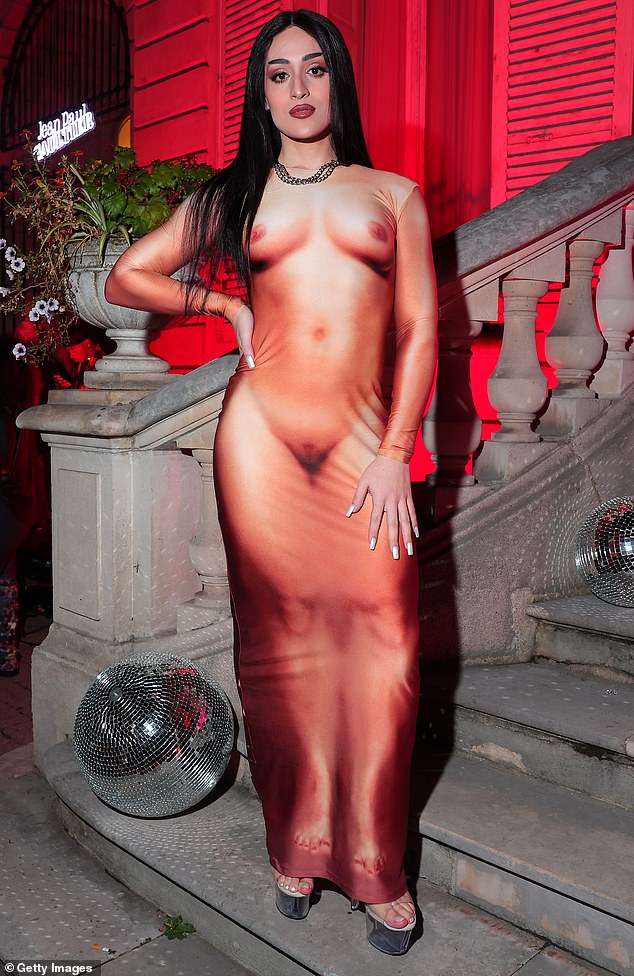 Not just for the catwalks: Guests also challenged the limits of fashion. Villano Antillano wore a daring nude dress to the Jean Paul Gaultier party during Paris Fashion Week 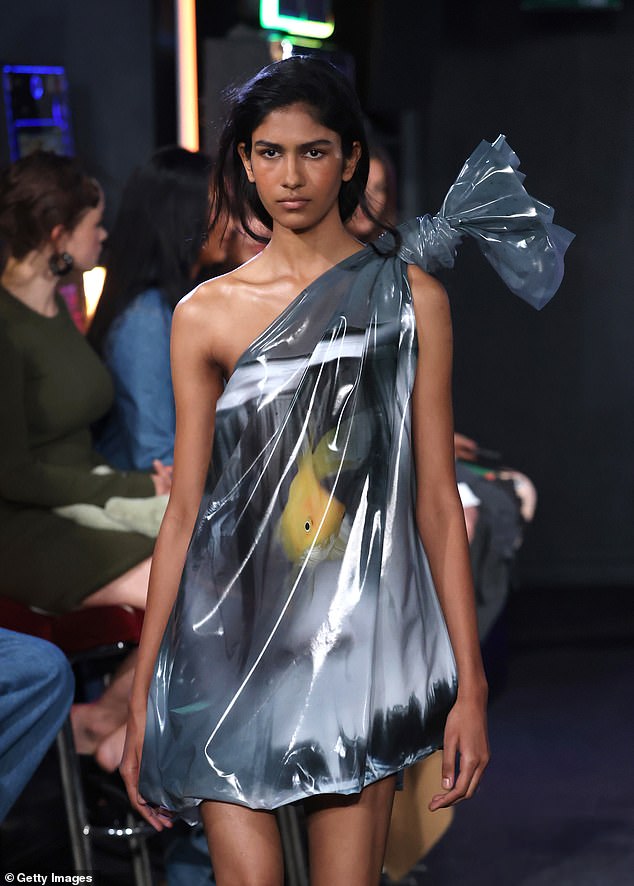 Something’s fishy: JW Anderson challenged the human relationship with technology in his London Fashion Week catwalk by distorting the way we see the world. Here he created a wacky dress with a goldfish trapped within it to present the oversized screensavers we get on PC’s 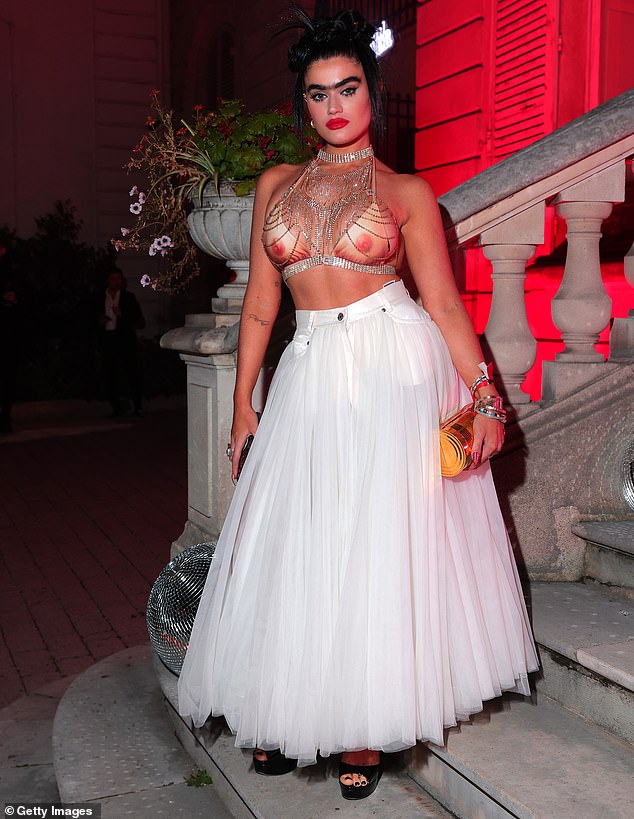 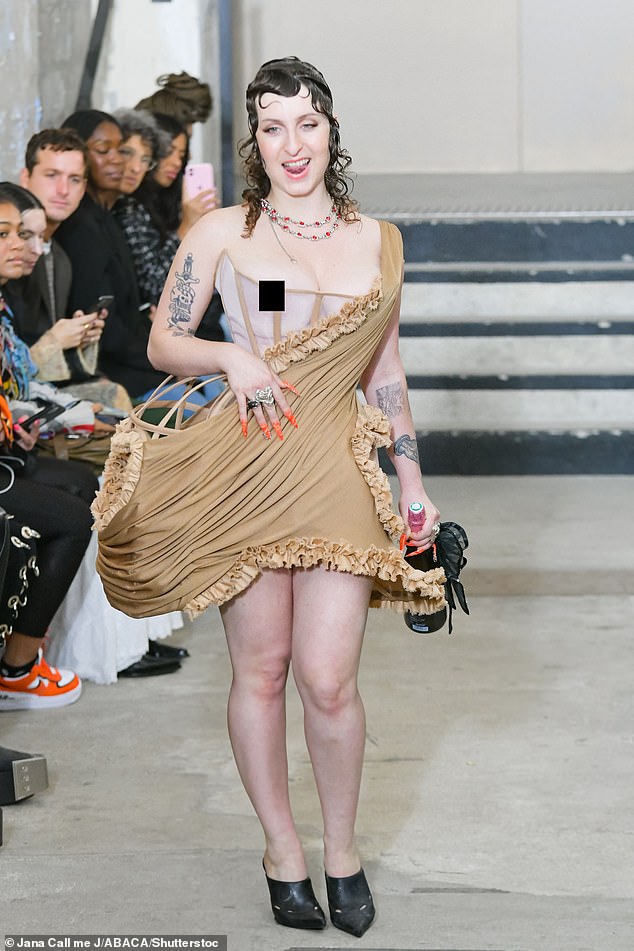 Risqué business: Other designs in the Weinsanto SS23 collection included almost transparent jumpsuits, slit mini-dresses worn with imposing capes and even bodysuits passed through over corsets 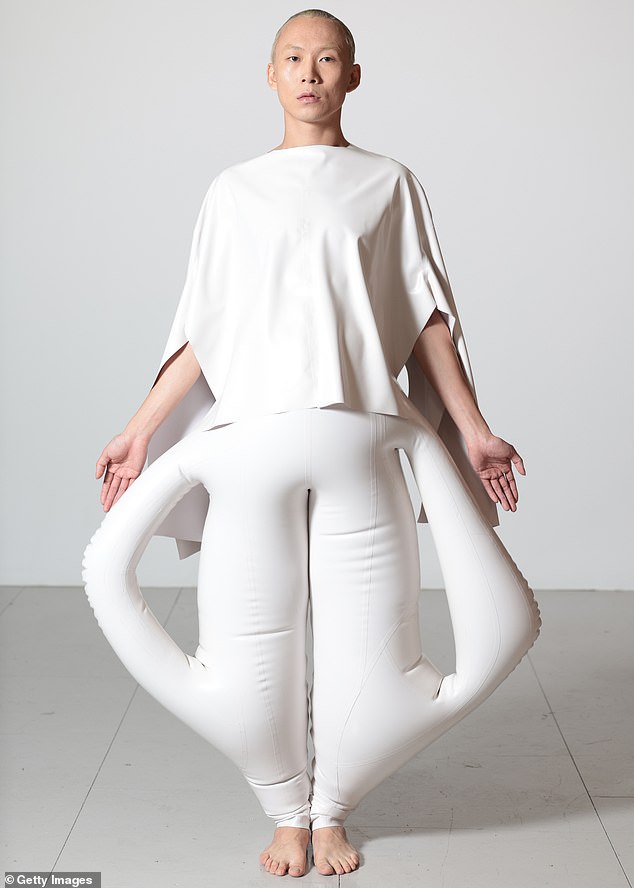 Don’t fly away: Harri caught the eye of the British Fashion Council in 2020. Harri focuses on the duality between clothing and art, with larger-than-life proportions, hence the latex 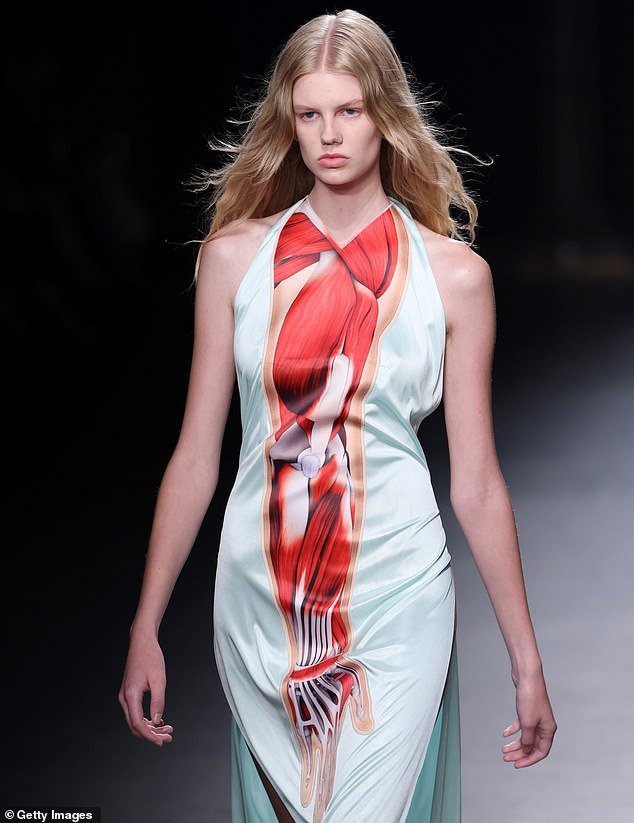 Inside out: Christopher Kane riffled through his past collections for inspiration for his London Fashion Week show, coming out with cross sections of the human body 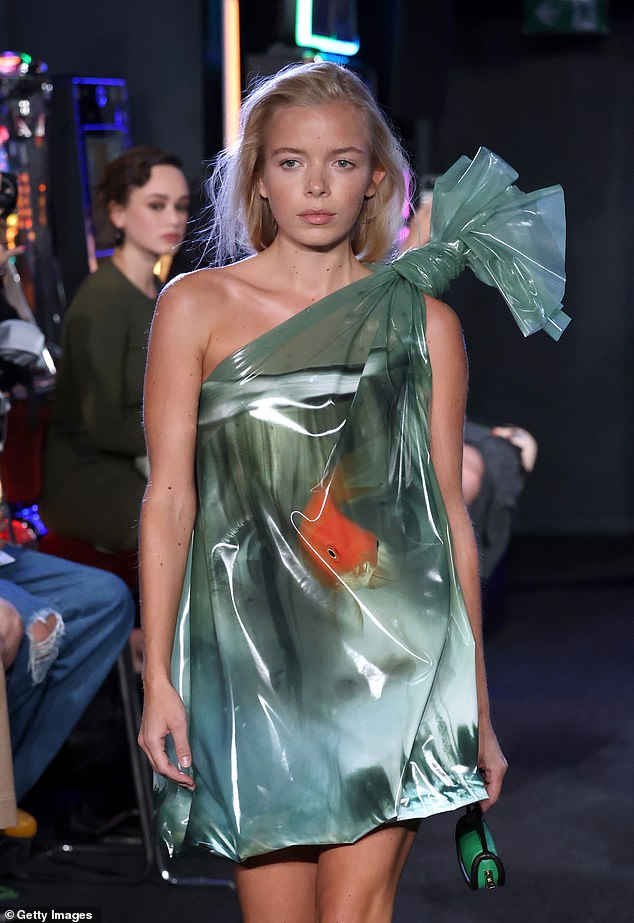 Like a fish out of water: JW Anderson’s dress shaped like a plastic bag was tied at the shoulder and printed with an image of a child peering through a water-filled bag holding a goldfish 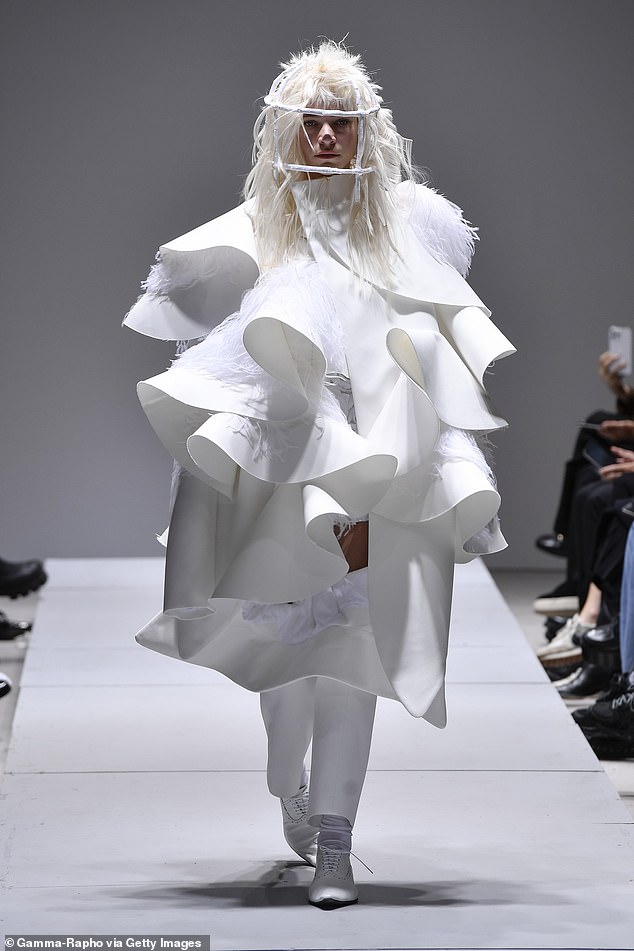 This Comme des Garcons creation looks like a conceptual art design of Mr Whippy instead of high fashion! 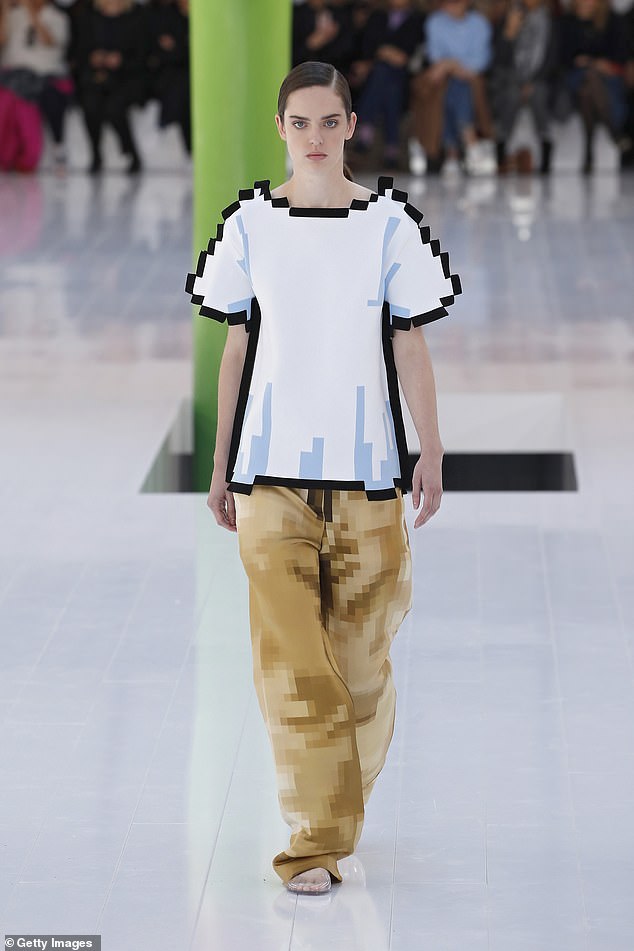 Pixilation creations: Loewe’s Spring Summer 2023 collection looks like a homage to the pixilated console games of the 90’s but in clothing form 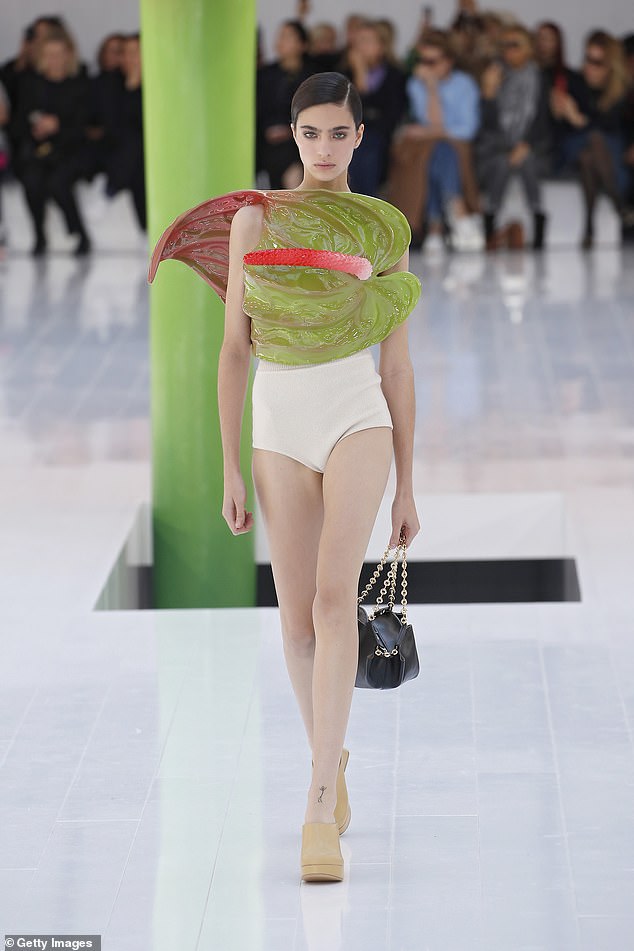