Nothing says summer quite like the sizzle of a burger or banger grilling on a barbecue. But if you don’t eat meat, the options have traditionally been as hit-and-miss as the British weather.

So, while carnivores can tuck into a succulent feast, vegetarians and vegans often have to make do with a scorched vegetable kebab or a charred ear of corn.

But that’s all changing now as more people switch to a plant-based diet, with the Government throwing its weight behind this shift.

Its new blueprint for a sustainable food system encourages investment in the development of plant-based proteins that can replicate the taste and texture of meat. And an ever-growing range of grill-ready products is now available in supermarkets.

There are more BBQ options as more are people switching to plant-based diets. Committed meat-eater Tom Rawstorne (pictured) is putting these alternatives to the test

But how do these alternatives compare to the real thing? Here, committed meat-eater Tom Rawstorne puts them to the test… 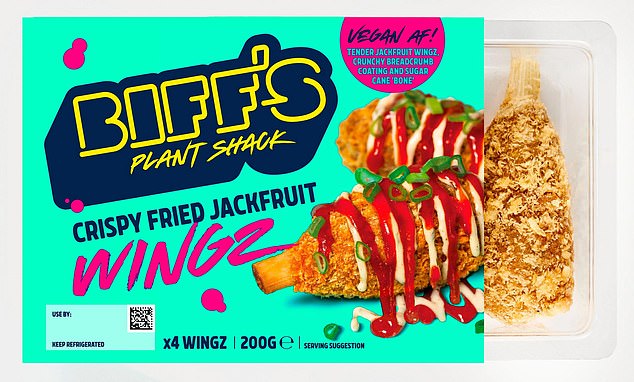 The main ingredient in this is shredded jackfruit. Tom said that he was impressed with the finish product and it had a similar texture to chicken

Designed to resemble a chicken wing, these breadcrumb-coated treats come with a sugar cane ‘bone’ running through them. (Like the real thing, we are told it is for ‘holding not eating!’)

The main ingredient is shredded jackfruit — which I’ve not tried before but is supposed to have a texture similar to chicken.

The recommended cooking time is 26 minutes in an oven, which I replicate on the BBQ with the lid down. I’m impressed by the finished product, which, while nothing like a chicken wing, has a pleasantly crispy ‘skin’ and a tasty, if slightly mushy, inside. 4/5 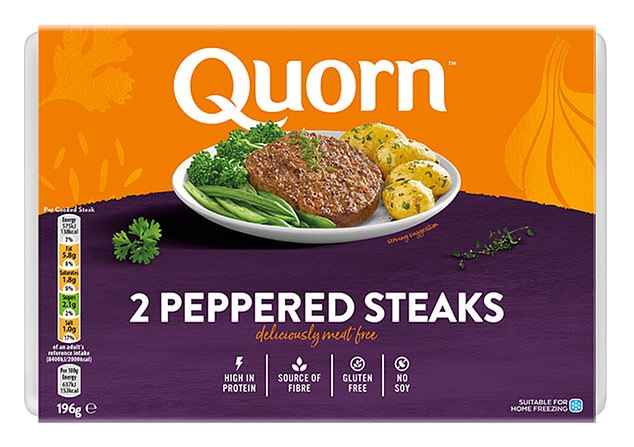 Tom wasn’t impressed with Quorn’s Peppered Steaks, which came out limp and floppy from the BBQ with no real flavour apart from the pepper coating

Described as a ‘meat-free savoury grill-steak in a pepper coating’, this is largely made of mycoprotein, derived from a fermented fungus found in soil. The grey-looking steak contains egg so isn’t vegan-friendly.

It is small enough to fit in my hand and takes six minutes to fry on the barbecue. It emerges limp and floppy, with none of the chew you might expect from meat. The flavour is mainly down to the pepper coating. 2/5 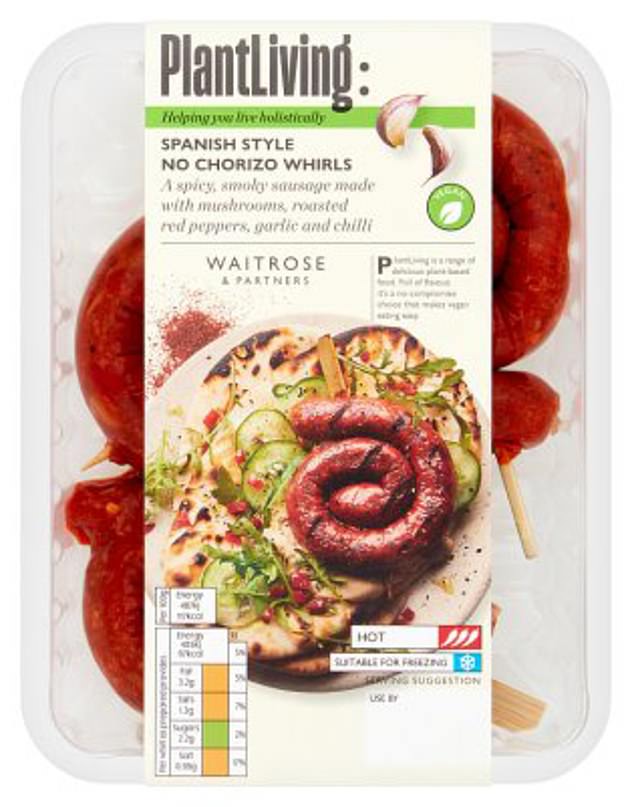 Billed as a ‘spicy, smoky sausage made with mushrooms, roasted red peppers, garlic and chilli’, these look good on the griddle. They also take on colour nicely as they cook for ten minutes. But while undoubtedly spicy, they leave an overpowering aftertaste that is more ‘Oh no’ than ‘Ole!’ 2/5 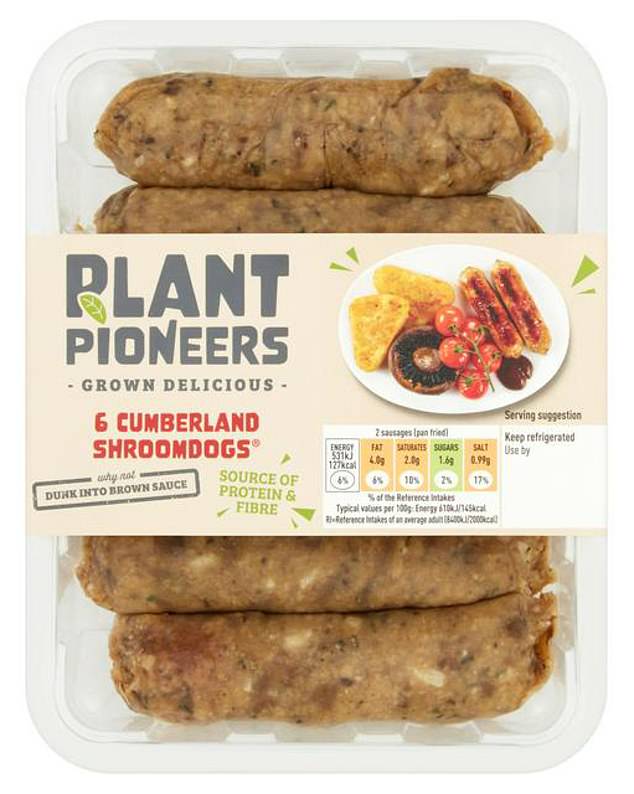 The main ingredient in these soya-free sausages is water, followed by mushrooms, which make up 27 per cent of the product. I griddle for ten minutes and, surprisingly, they brown up nicely, delivering a peppery taste and decent bite. I’d definitely try them again. 4/5 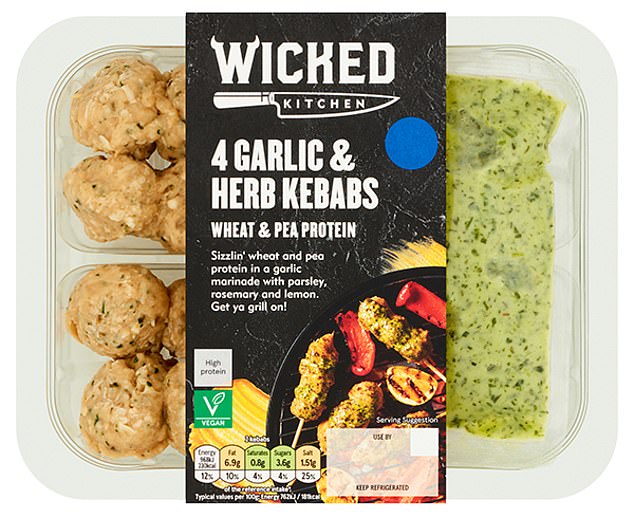 Tom did not like Wicked Kitchen Garlic and Herb Kebabs. He said that they were tasteless and the sauce they came with overpowering

These vegan kebabs each comprise three small, pallid balls of wheat and pea protein on a stick. You are advised to bake them for about 20 minutes, before putting them on the grill for the last five, turning frequently.

Given none of these products contain meat, I’m struck by how much cooking many require. The kebabs come with a sachet of garlic and herb sauce that you drizzle on top. The balls are tasteless and the sauce is overpowering. 1/5 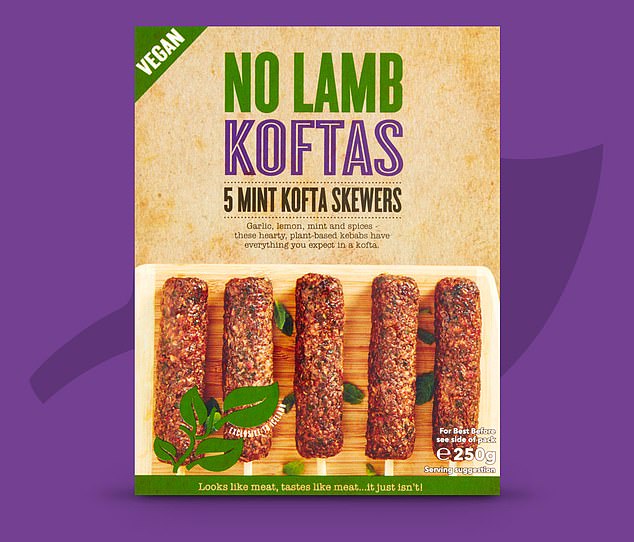 Made from mushrooms and textured pea protein, these vegan skewers are seasoned with coriander, cinnamon and chilli

Made from mushrooms and textured pea protein, these vegan skewers are seasoned with coriander, cinnamon and chilli. They look convincing enough — reddish and firm to the touch.

I griddle them with a bit of oil for ten minutes, turning frequently. While they lack the fatty juices you would normally get from lamb, they are tasty enough and really look the part. 3.5/5

GIVE PEAS A CHANCE

Beyond Meat Beyond Burger, £5.25 for two, waitrose.com 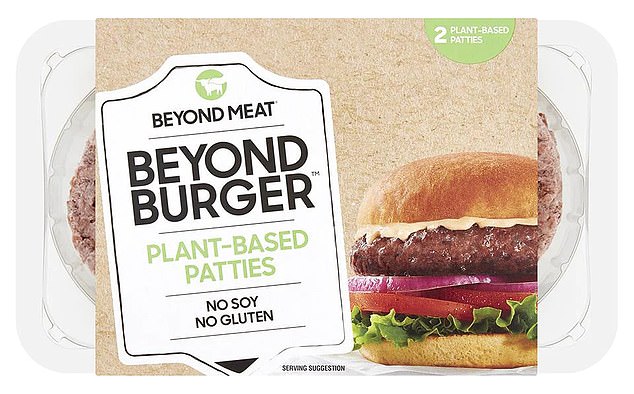 Tom was impressed with Beyond Meat Beyond Burger. The main ingredient is water, then pea protein, with rapeseed oil and coconut oil to keep the burger moist

In their uncooked state these palm-sized patties certainly look like they could be made from minced meat. The main ingredient is water, then pea protein, with rapeseed oil and coconut oil to keep the burger moist.

Beetroot colouring is supposed to give it a hint of blood-like ooze. I grill them for four minutes per side, and they sizzle away happily, taking on a caramelised colour. They have a good texture and taste great in a bun with trimmings, but they’re not cheap. 5/5 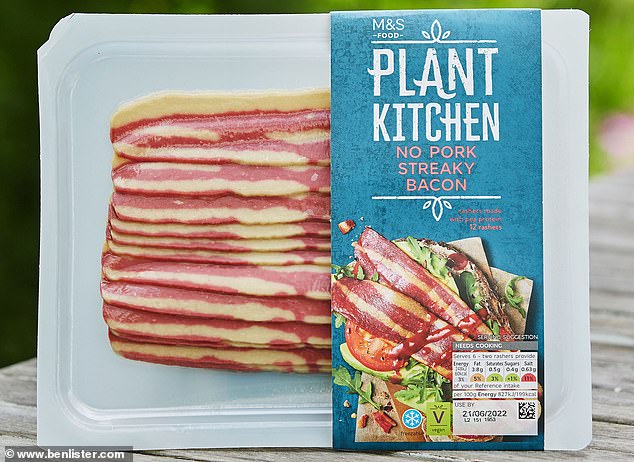 These ‘fakeon’ rashers, in which sunflower oil and wheat protein are the main ingredients, look like they could be made of Play-Doh — they’re very pink and white. I griddle them with oil for three minutes but the end result is deeply disappointing, with about as much flavour as cardboard. 1/5 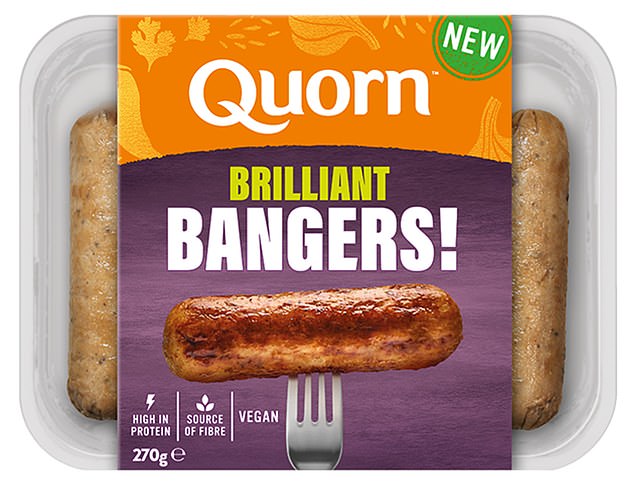 Tom said that Quorn Brilliant Bangers are a pleasant enough alternative to the real thing. Made with a mix of mycoprotein and pea protein, these vegan bangers need frying over a medium heat for about eight minutes

Made with a mix of mycoprotein and pea protein, these vegan bangers need frying over a medium heat for about eight minutes.

They are nice and chunky and look the part, although the cooked texture is very much ‘cheap meat sausage’ — smooth and rather rusky. That being said, in a roll slathered with ketchup and mustard, they make a pleasant enough alternative. 3.5/5