As preview is panned by audience and critics, is new Diana musical tackiest show ever staged?

‘I don’t think Prince William and Prince Harry would be very happy with this’: As preview is panned by audience and critics, is controversial new Diana musical tackiest show ever staged?

Wearing just his boxer shorts, James Hewitt caresses Princess Diana as they stand beside a bed.

Meanwhile, Prince Charles embraces Camilla Parker Bowles by a neighbouring bed a couple of feet away.

Shockingly, this is how actors are portraying the ‘crowded’ marriage of the Prince of Wales and Princess Diana in a controversial new American musical.

The brand new musical named after princess Diana has its first show in La Jolla, California this week 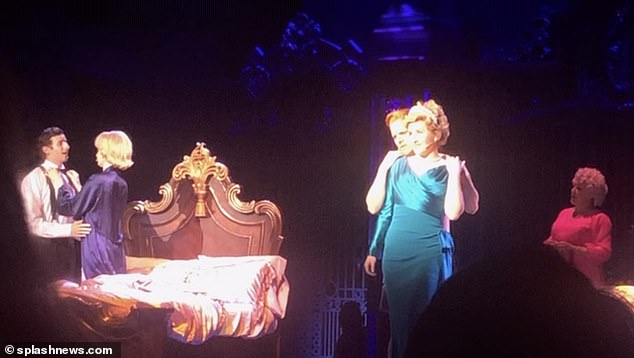 In another scene, paparazzi swarm around Diana near the start of her relationship with Charles, suffocating her while they sing a song called Snap, Click.

Other songs include Welcome To The Windsors, Here Comes James Hewitt – about Diana’s ex-Army captain lover – and Secrets and Lies.

Previews of the show, called Diana, began at the La Jolla Playhouse in San Diego, California, this week before the official opening night on March 3.

Its run has been extended to April 14 and there have been reports that it could later move on to Broadway in New York. 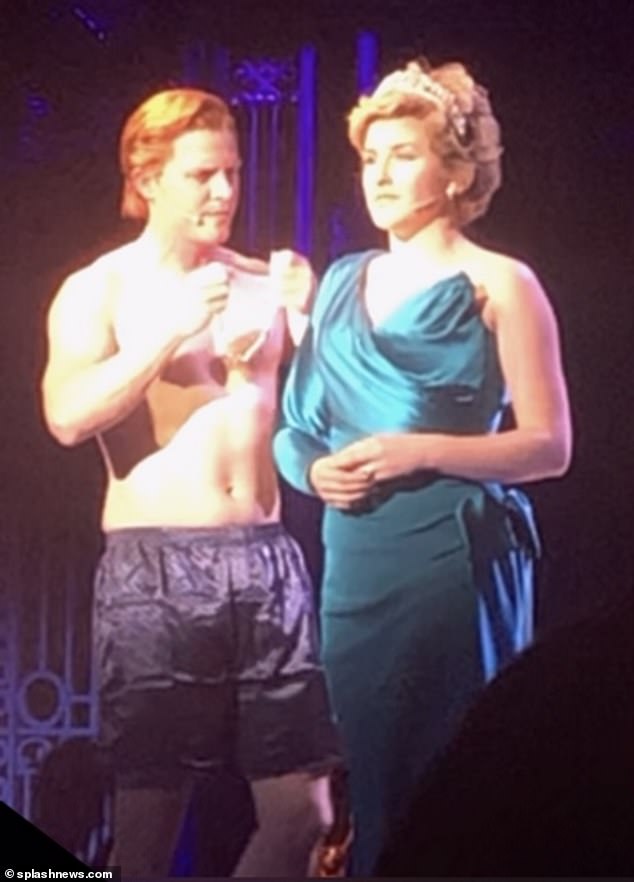 Ingrid Seward, editor in chief of Majesty magazine said: ‘It is in such bad taste that it’s best ignored’

But while tickets are selling fast, royal commentators yesterday described the production as tasteless.

Ingrid Seward, editor in chief of Majesty magazine, said: ‘It is in such bad taste that it’s best ignored.’ Asked if members of the Royal Family were likely to want to see it, she added: ‘Oh goodness no, none of them would have any interest in it.’

The script is by Joe DiPietro and the score by David Bryan, best known as keyboard player of the rock band Bon Jovi.

The pair have previously won a Tony Award for best musical for Memphis, loosely based on one of the first white DJs to play black music in the 1950s. 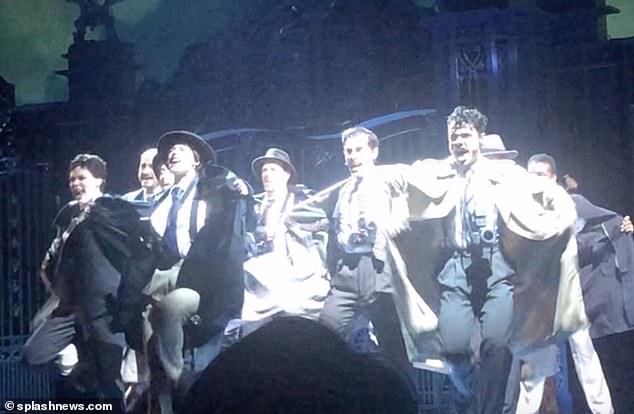 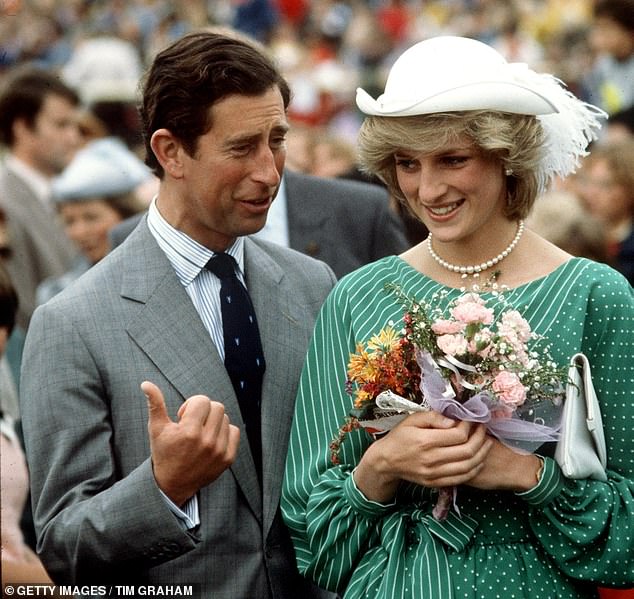 One scene in Diana recreates how the princess wore a strapless dress to a party on the night Charles announced he had cheated on her with Camilla.

Encouraging her to attend an event, a male assistant character believed to be based on butler Paul Burrell tells Diana: ‘You are going and you’re going to wear a ‘f*** you’ dress.’ One audience member who saw the show this week said: ‘I don’t think Prince William and Prince Harry would be very happy with this.’

The princes do not feature as characters in the musical, aside from their births.

Diana is played by English actress Jeanna de Waal, 30, who studied at the Liverpool Institute of Performing Arts.

She said earlier this year that because the show was not a documentary she had ‘a lot of freedom to explore who [Diana] was behind closed doors’.

The princess’s death in a car crash in Paris in 1997 is not recreated on stage. The show ends with the announcement of her death and images of the worldwide outpouring of grief that greeted it.