As Prince Phillip has surgery at 96, doctors say you’re NEVER too old for a new hip!

Fighting fit: The Duke of Edinburgh, 96, was having an operation to fit a new artificial hip

Ninety five-year-old Irene Davidson would readily admit she doesn’t have much in common with Prince Philip.

That is, until last week, when it was announced the Duke of Edinburgh, 96, was having an operation to fit a new artificial hip. For Irene, a retired nurse from Nottingham, also had her hip replaced in her tenth decade.

In fact, experts say this type of surgery at this age will be increasingly common.

While Prince Philip is still recuperating at London’s King Edward VII Hospital, Irene — who had her right hip replaced in February — is slowly getting back to normal. ‘I’m still taking it slowly and can’t rush it,’ she says.

She lived with pain caused by osteoarthritis in her hip — when the cartilage that covers the ball and socket joint wears away — for about 18 months before opting for surgery. By then it was so painful she used a walking frame.

‘I experienced a near constant dull ache in my hip that I could feel whenever I moved, even turning over in bed,’ she says. ‘Doing household chores became difficult. I also liked pottering in my garden, but I couldn’t bend or walk far. I had to do something.’

Irene first saw her GP about her hip pain in late 2016, and he prescribed strong painkillers. But with her mobility increasingly limited, in the autumn of last year she went back.

‘My GP had worked hard to help me, but he thought I was probably too old to have surgery,’ says Irene, who has two great-grandchildren.

This is a common misconception, says Andrew Manktelow, a consultant orthopaedic surgeon and president of the British Hip Society, who strongly believes that age should not be a barrier to having this type of surgery.

‘Around 80,000 hip replacement operations are carried out in the UK each year, and 750-800 of those are for patients in their 90s,’ he says. ‘Although the average age is 68, those in their 90s are an established and significant group; we would expect this age category to increase as the population ages.’

The vast majority of people this age who have a hip replacement do so because of arthritis, but increasingly they’re being considered for patients with a fractured hip, too, says Mr Manktelow. 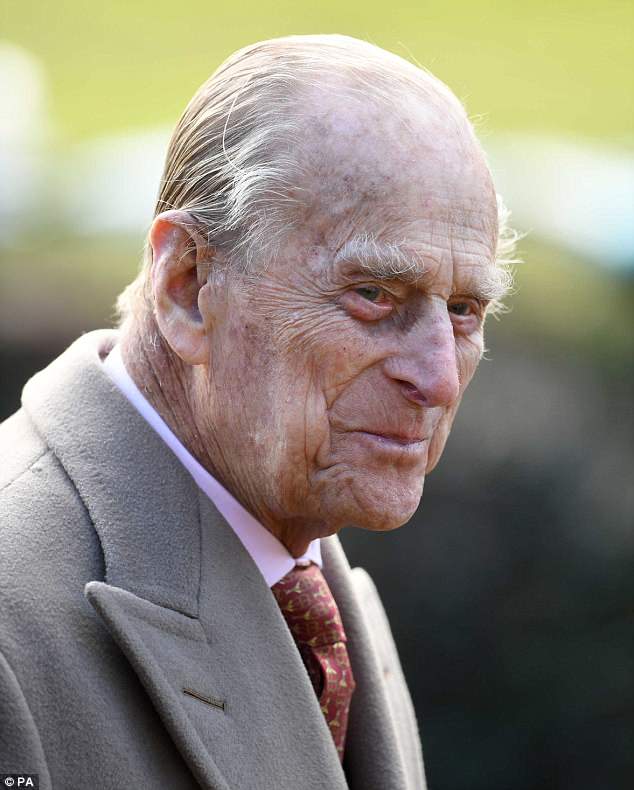 In common: NHS England figures show more than half a million patients are on the waiting list for non-urgent orthopaedic operations, many of which are hip replacements

‘Knowing how much this type of surgery can transform someone’s life means we would not rule someone out of having it simply because of their age,’ he adds.

There is no upper age limit for hip replacements, but whether older patients get such surgery is another matter, not least because of long NHS waiting lists.

Earlier this year, Steve Cannon, the vice president of the Royal College of Surgeons, claimed that those waiting for hip and knee replacement surgery were not an NHS priority because the condition was not life-threatening, meaning treatment was often delayed.

NHS England figures show more than half a million patients are on the waiting list for non-urgent orthopaedic operations, many of which are hip replacements.

‘The time patients have to wait for hip surgery is a big concern,’ says Professor John Skinner, a consultant orthopaedic surgeon at the Royal National Orthopaedic Hospital in Stanmore, Middlesex.

‘This is made worse by the pressure on the NHS in the winter. Stopping elective operations over winter is not ideal’, he says.

‘We know 20 per cent of men and 30 per cent of women become depressed on waiting lists due to the misery of pain and immobility.’

Mr Manktelow, who works at Nottingham University Hospitals NHS Trust, says he too is concerned that patients are not being referred for surgery quickly.

‘If patients are referred late, they can have a more complex problem with tight soft tissue, weak muscles and even bone damage that can compromise outcomes and recovery,’ he says.

Professor Skinner says the NHS would not ‘write-off’ elderly patients purely because of their age — instead a decision would be based on how fit they are and how much benefit they will get versus the risk of the operation. 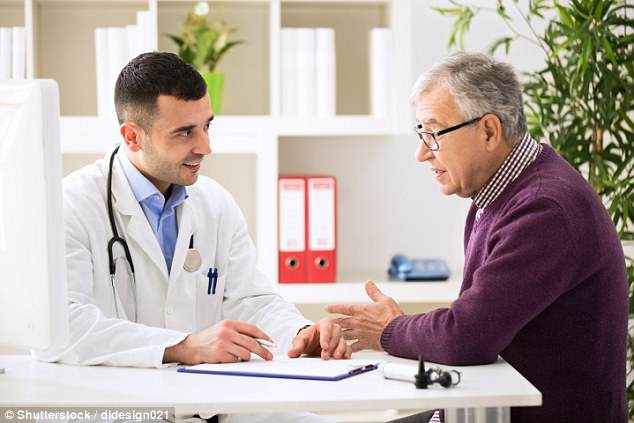 Did you know? Around 80,000 hip replacement operations are carried out in the UK each year, and 750-800 of those are for patients in their 90s

Patients with other issues such as significant heart or lung conditions might not be suitable, and those with dementia would also have to be assessed, as a stay in hospital can be disorientating.

Professor Skinner says that Prince Philip was a good candidate for hip surgery because he is still very active, despite stepping down from public duties last year.

‘If after a thorough assessment the medical team believes someone is fit enough to have surgery and benefit from it, they should have it regardless of age,’ he says. ‘I’ve treated very “old” 70-year-olds and very “young” 90-year-olds. Some of those 90-year-olds are more active than those 20 years younger. I have even done hip operations on some patients with a very low life expectancy’, adds Professor Skinner.

‘These patients might not have long to live, but living without the pain from an arthritic hip is hugely significant and so is worth doing.’

Irene was undeterred by her GP’s questions over her age and asked to be referred to hospital to see what a consultant would say.

She saw Mr Manktelow privately — who said there was no reason she couldn’t have the surgery. But the NHS waiting list was at least three months. So Irene paid to have the operation privately at Spire Nottingham Hospital. The operation usually takes 60 to 90 minutes. The main risks include blood clots or infection in the joint.

In some cases there can be a fault with the prosthetic joint if it becomes loose or dislocates. A joint typically lasts between ten and 15 years.

There are some special considerations for older patients, says Mr Manktelow.

‘For instance, their bones might be weaker (especially in female patients who are more susceptible to osteoporosis), while their muscles and tissue are likely to not be as strong as they once were, and the discs can begin to degenerate in the spine, which becomes less flexible, too.

‘But the major concern is associated with the anaesthetic. Some patients in this age group have heart or lung problems and might not cope with it. We have to be fastidious that everything before, during and after surgery is looked at very carefully.’

But now more patients in the UK, like Irene, have an epidural or local anaesthetic into the spine, along with sedation, as this can cause less temporary confusion after surgery than a general anaesthetic. It’s an option that may mean more older patients are suitable for hip surgery, as patients remain in full control of their own breathing throughout.

Mr Manktelow says the epidural means the patients feel less ‘groggy’ afterwards and so can be back on their feet quicker following surgery. ‘This encourages them to use their muscles and gets the chest working properly which helps cut down on chest infections if they are lying in bed,’ he says.

Recovery may also be longer, due to weaker muscles, and factors such as other painful joints or sight problems.

‘An older patient might stay in hospital a day or two longer — five days rather than three,’ says Mr Manktelow.

How long exactly will depend on when the medical team feels they will be safe at home using sticks or crutches.

Patients are given a physiotherapy programme to follow involving light exercises, some of which can be done sitting as well as standing. After six weeks many patients can walk unaided and are back to normal activities in about three months.

Scarlett McNally, a consultant orthopaedic surgeon at the Eastbourne District General Hospital in East Sussex, believes a patient’s fitness rather than their age will decide if they are suitable for hip surgery.

Mrs McNally helped write an article published last October in the BMJ about this issue.

It said if people of all ages were fitter and did at least 150 minutes of moderate physical activity such as brisk walking, jogging or swimming each week their health would improve. ‘By being fitter through walking more and eating more vegetables, when the time comes to have surgery like this, they would be fitter and better equipped to cope, she said.

‘If we can keep older people fitter, this will be the determining factor of them having operations such as hip surgery rather than their age.’

Six weeks after her surgery Irene is still using a stick, but hopes to have her full mobility back within weeks. ‘I was finding it so hard to cope with the pain,’ says Irene. ‘Even at my age, I needed my hip fixed to enjoy my life.

‘I’m looking forward to getting out and about again. My new hip has given me that chance which I’m really grateful for.’