Economist Dr Michael Anyadike-Danes, 66, has been diagnosed with the asbestos-related form, mesothelioma.

The father-of-three says the illness was caused by a ‘crumbling’ asbestos-lined corridor he was forced to walk through every day when he worked as a researcher at the university in the 1980s.

Lawyers last night warned there could be hundreds of similar claims against the university from former staff and students who used the same corridor in the basement of the Austin Robinson building, a 1960s-built block housing the Faculty of Economics.

Dr Anyadike-Danes said: ‘It was the only way to get to a terminal linked to the university’s mainframe computer.

We would put the statistics into the computer and go back later in the day to get the results.

‘I remember the exposed piping and crumbling asbestos that lined the ceiling of the corridor, though it wasn’t until later I found that the boiler room was adjacent to the corridor which was why it was insulated with asbestos.’

Dr Anyadike-Danes first felt the effects of the mesothelioma last year when he struggled to get rid of a persistent cough.

He went for tests and had to have three litres of liquid drained from his left lung. Doctors diagnosed the cancer shortly afterwards.

He said: ‘It is shocking because the dangers of asbestos were very well known by the mid-1980s and yet the university did nothing to remove it and ensure the safety of those people who used the corridor.’

Cambridge University has undertaken a programme to identify and safely remove asbestos within its buildings. 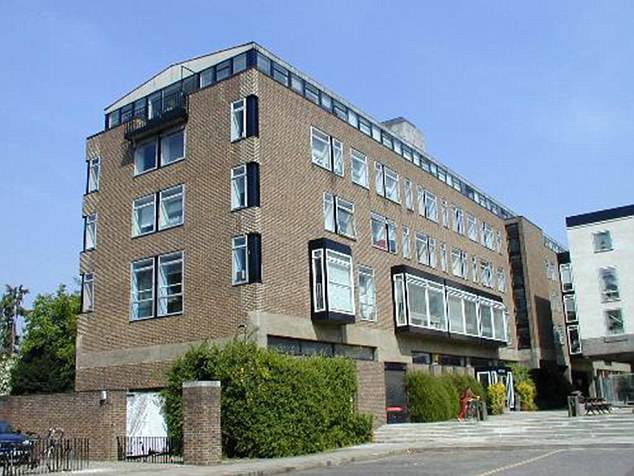 Its website states: ‘It is known that a number of buildings within the University of Cambridge estate have asbestos-containing materials used historically in their construction.’

Dr Anyadike-Danes, now a senior research fellow at Aston University in Birmingham, said: ‘They have identified there was a problem and are dealing with it, but it is far too late.’

His lawyer Steven Dickens, of Leigh Day, said he was now trying to trace ‘anyone who may have regularly used the Austin Robinson building during the 1980s’.

He added: ‘We know many students and staff were based there and it is those people I would really like to speak to as witnesses to the condition of the building.’

A Cambridge spokesman said the university ‘has received a formal notification of these allegations and the matter is being dealt with by their insurers’.