Asda and Sainsbury’s could be set to merge and are in ‘advanced talks’ over taking on their supermarket rival Tesco.

Wal-Mart, Asda’s parent company, is in advanced discussion with J Sainsbury about the possible merger, Sainsbury’s have confirmed to MailOnline.

It said an announcement could be made as early as Monday, or even sooner if the two sides are forced to accelerate their public disclosures.

However it is not yet know whether Wal-Mart would reverse Asda into Sainsbury’s while taking a large stake in the new group.

Wal-Mart , Asda’s parent company, is in advanced discussion with J Sainsbury about the possible merger, according to Sky News 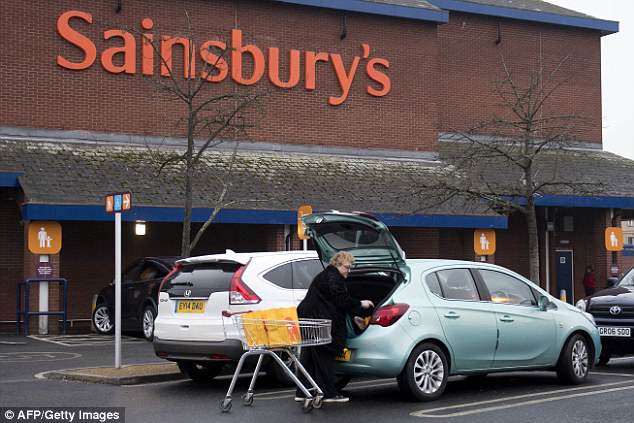 It said an announcement could be made as early as Monday, or even sooner if the two sides are forced to accelerate their public disclosures

It is also unclear how the Competition and Markets Authority (CMA) would react to the potential deal.

Analysts believe a reduction in the number of national food retailers would be near-impossible without closing hundreds of stores.

It was suggested that the CMA’s approval of Tesco’s £3.7bn takeover of wholesaler Booker gave the green light for other stores to explore potential mergers.

A source told Sky News that the CMA is likely to assess store conflicts on a localised basis.

It comes as the traditional supermarket industry faces ever-growing competition from online retailers.

Any deal between Asda and Sainsbury’s would also likely need the approval of the Qatar Investment Authority, which holds a 25 per cent stake in Sainsbury’s

The deal, if approved, would be biggest merger in the UK’s food retailing sector since Safeway was bought out by Morrisons in 2004.