For many of us, Christmas dinner is all about the turkey, and now Asda is making a bid for the vegan market to make sure nobody misses out.

The retailer has announced a 97-product-strong plant-based Christmas range, including Christmas dinner, dessert and all the trimmings.

With everything from Asda’s Breaded Vegan Brie with Sweet Chilli Dip (£3.50) to Asda’s Plant-Based Vegan Turkey Crown with Umami Stock (£5) there is something for every meal and party over the festive season.

Asda’s star of the show Vegan Turkey Crown is a succulent soya-based treat, topped with a flavoured crumb for that crispy-skin texture and finished with an insanely savoury umami butter to stand in for turkey-basting juices.

Other supermarket chains in the UK have also upped their vegan offering this Christmas.

Sainsbury’s, is also selling a Turkey Style Crown and No Gammon with Blood Orange Glaze as part of its tried-and-trusted Taste the Difference range.

Both have been created to mimic the look and taste of the meat, but come in cheaper than their carnivorous counter part, at just £7 each. 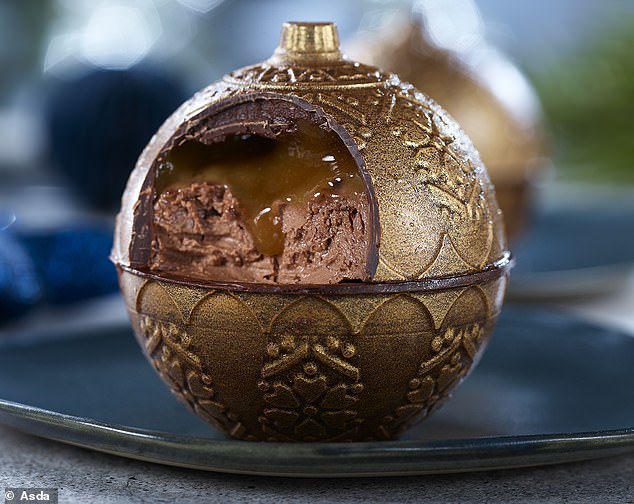 Even Amazon has created a centrepiece for Christmas day with its No-Turkey Joint, complete with chestnut and cranberry stuffing.

Sainsbury’s is also serving up a sweet treat with its Quadruple Chocolate No-Cheesecake.

Whilst Asda has pulled the stops out with its Extra Special Vegan Chocolate Baubles (£4.50), perfect for an extravagant vegan dessert. 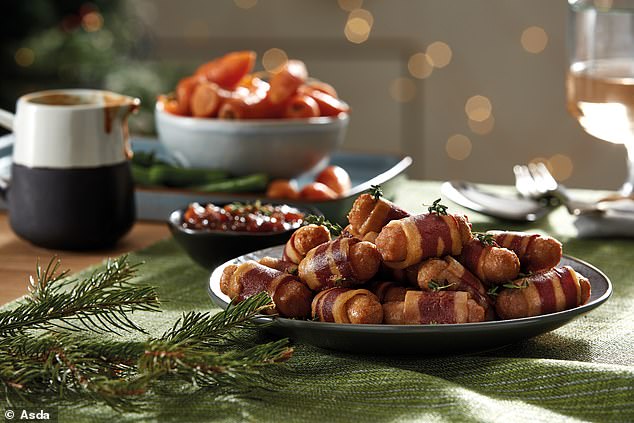 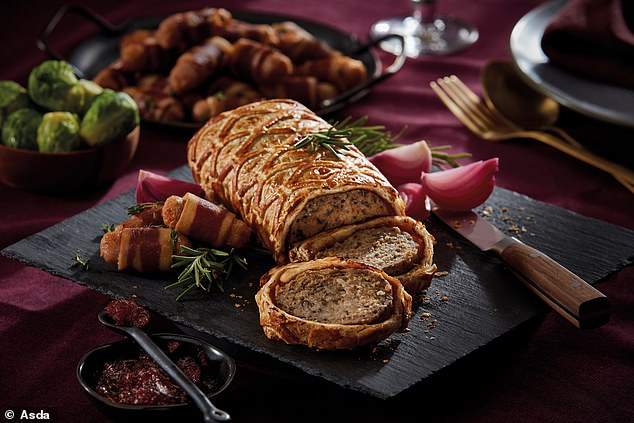 The new range comes as part of Asda’s largest Christmas range to date, with over 100 vegan and free-from products.

Many of Asda’s new vegan Christmas range will be available to buy online and in-store from 24th November, with further items released over the course of the month. 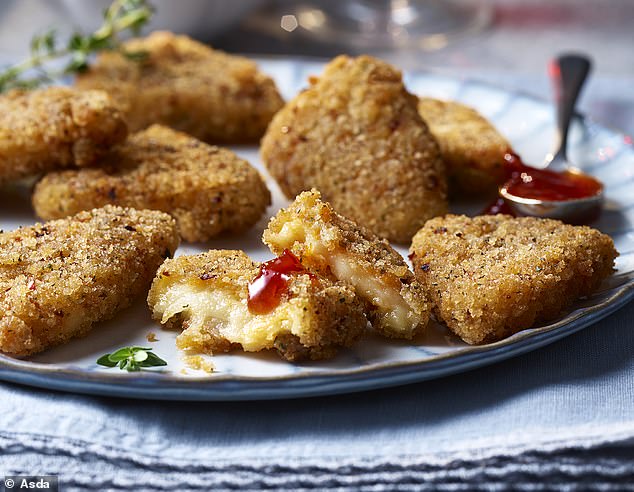 It’s not just Asda that is championing new and varied vegan ranges this festive season, M&S and Sainsbury’s amongst others have thrown their hat in the ring.

Tesco is pulling out all the stops with its showpiece Maple & Bourbon No-Gammon Joint, made from wheat, pea and soya protein (£1.66 per head), as well as it No-Beef Wellington, also made from wheat and soya, but coated in a roasted garlic, herb and mushroom  duxelles and wrapped in a flaky lattice pastry (£1.25 per head).

Whilst Morrisons has been hard at work this year adding new vegan food to its wide range of plant-based alternatives.

Carrying on the celebrations Waitrose has added Vegan Mini No Beef Empanadas and Vegan Layered Mushroom Parfait to its party range.

But it’s M&S’s Reindeer Bao Buns that jump out at us. These cute reindeer buns are jumping on the Taiwanese food trend.