The 23-year-old has become the first local woman to reach the final four in Melbourne in 36 years after an intense battle with the number seven seed.

Barty fought off eight break points in a tense first set before denying Kvitova in a tiebreak in a rematch of their 2019 quarter-final at Rod Laver Arena.

‘It’s been absolutely incredible. I knew that I had to bring my absolute best today against Petra. That first set was so crucial,’ Barty said. 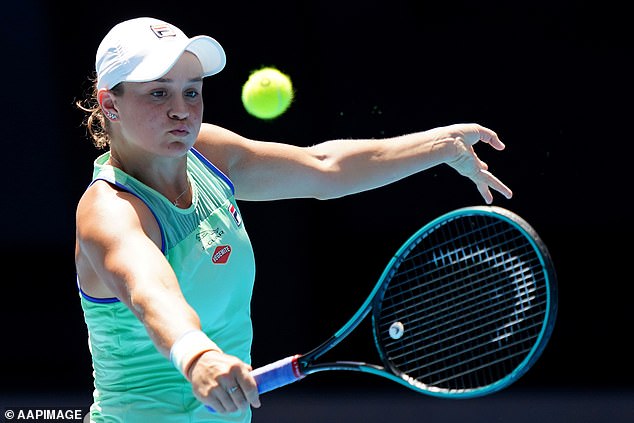 Barty’s defensive skills were pushed against Kvitova, who’s aggressive play kept Barty on her toes throughout the first set

‘I just wanted to try to make the most of it and it was really good to get a quick start in the second.’

With Kvitova coming out swinging, Barty found herself under pressure from the get go, and fought off a break point in the opening game as Kvitova pounced on anything short.

She couldn’t hang on a second time, with Kvitova nabbing the first break of the match in the third game – only to hand it straight back by dropping serve to love with a succession of unforced errors.

Still on the back foot as Kvitova dictated proceedings with her ultra-aggressive first-strike tennis, and Barty did brilliantly to save three more break points in the seventh game to hold for 4-3.

Barty’s extraordinary defensive skills were on full display in the vital first-set tiebreaker.

Serving at 2-3, Barty had no right to win the longest rally of the match – a 22-shot exchange that Kvitova eventually surrendered with a backhand into the net after the top seed wore the Czech down with her relentless retrieving. 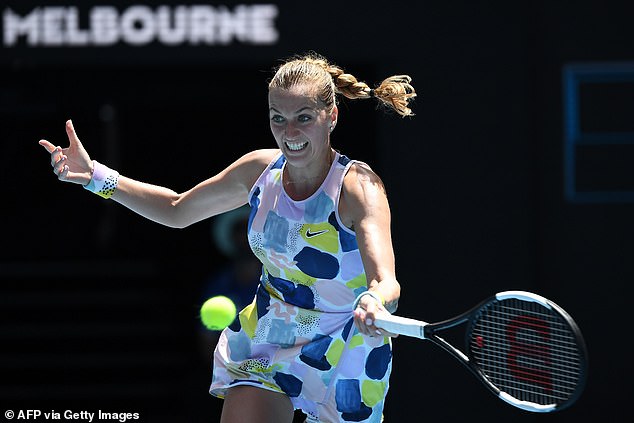 Kvitova played aggressively throughout the match, but fell in a tight tiebreak, before Barty slipped ahead in the second set 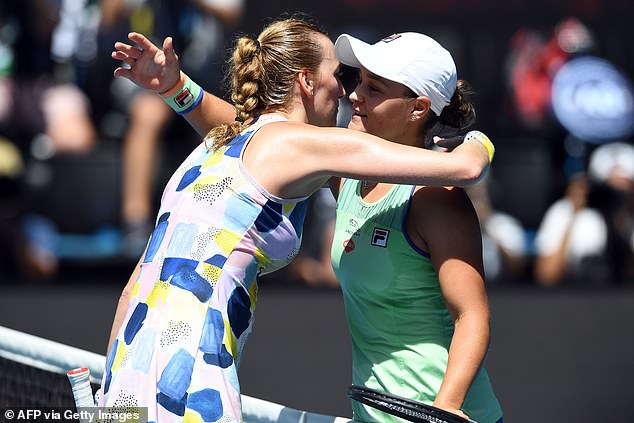 The match was a rematch of last year’s Australian Open quarter finals, with Barty coming out victorious on this occasion

Scrapping desperately to stay in it, Barty saved a set point on her own serve and her perseverance was rewarded when Kvitova floated a backhand long to concede the tense first set after 69 minutes.

With the wind in her sails, Barty stormed to a 4-0 lead in the second to seize total command.

Kvitova briefly threatened a comeback after breaking Barty to reduce the deficit to 4-2.

But the home hope was not to be denied, holding her nerve to seal victory after one hour and 44 minutes.

The win marked Barty’s 100th match victory on hard courts and her 250th tour-level win, becoming the first Australian woman in the Open semi-finals since Wendy Turnbull in 1984. 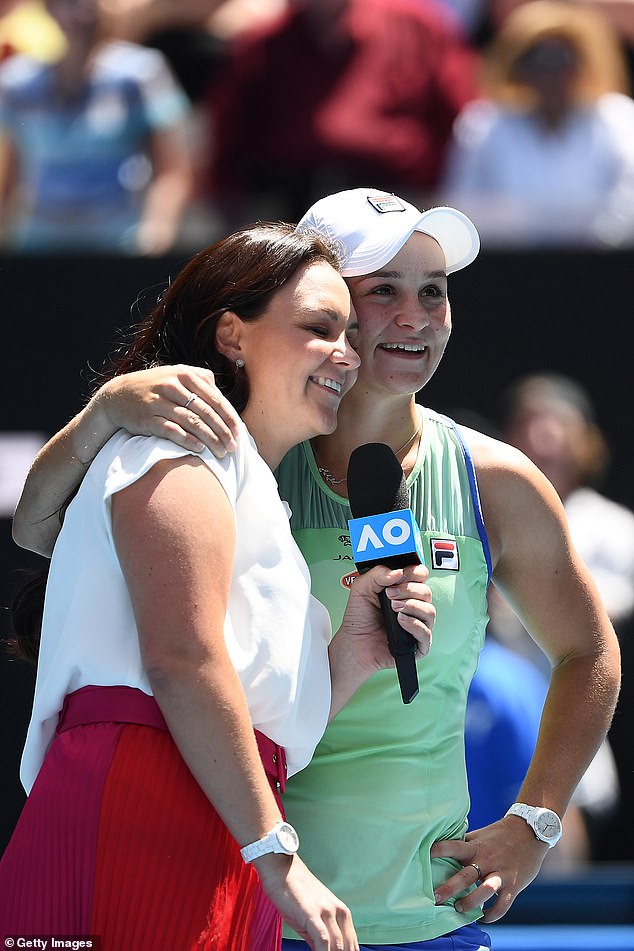