Tennis star Ash Barty has been accused of using her baby niece to deflect tough questions at a press conference in the wake of her Australian Open defeat.

The 23-year-old lost her semi-final match in 40C heat to American Sofia Kenin on Thursday, going down in straight sets.

Cradling her 11-week-old niece Olivia throughout her post-match press conference, Barty said she needed to put the loss in perspective.

But Barty’s ‘perspective’ has been slammed by commentators who have accused the athlete of deflecting her Grand Slam knockout.

BBC tennis commentator David Law told The Tennis Podcast he didn’t think Olivia should have joined her to face the media.

‘I think it is a place of work. It’s an office space. We are there to ask questions and, as lovely a sight as it was on one hand, it’s not really what’s supposed to go on,’ he said. 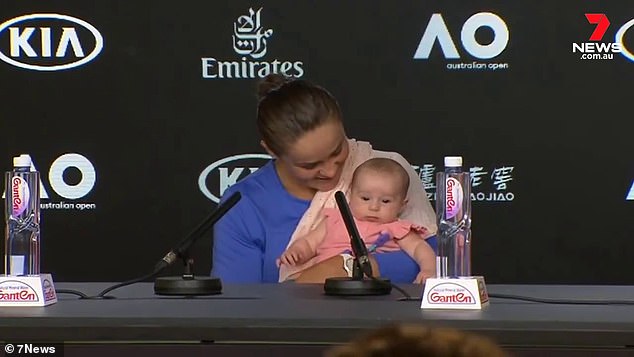 Roberts said: ‘And in a way, perhaps it does show that she was hurting there, because it felt like deflection, like a prop.’

He suggested Barty wouldn’t be asked the ‘tough questions’ while cradling the baby.

Whitaker joked Olivia was used as a ‘human shield’ as well as a distraction for Barty, and members of the media.

‘I don’t necessarily think it has to be a conscious thought and I think she can have had that thought process in a less sinister way than perhaps we would see it,’ Whitaker said. 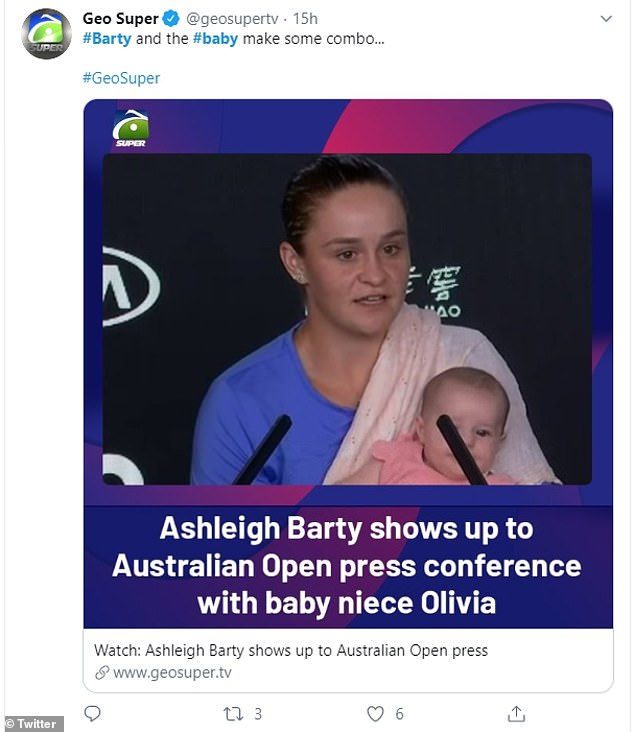 Cradling her 11-week-old niece Olivia throughout her post-match press conference, Barty said she needed to put the loss in perspective

‘It’s not appropriate in the workplace. I don’t think that makes her a terrible person for doing it — somebody should have stopped her doing it, probably.

‘I don’t know what the circumstances are but it was really weird.’

‘She’s a lovely young lady, we talk about how all Australians are embracing Ash because she’s so humble and down to earth, but yes, I felt like maybe it was a way of deflecting some of the tough questions,’ he told Fox Sports.

‘I think having her niece sit on her knee was a way of maybe just healing some of those wounds… very unusual, maybe she’ll learn next time.’

Woodforde added it was a ‘questionable’ move. 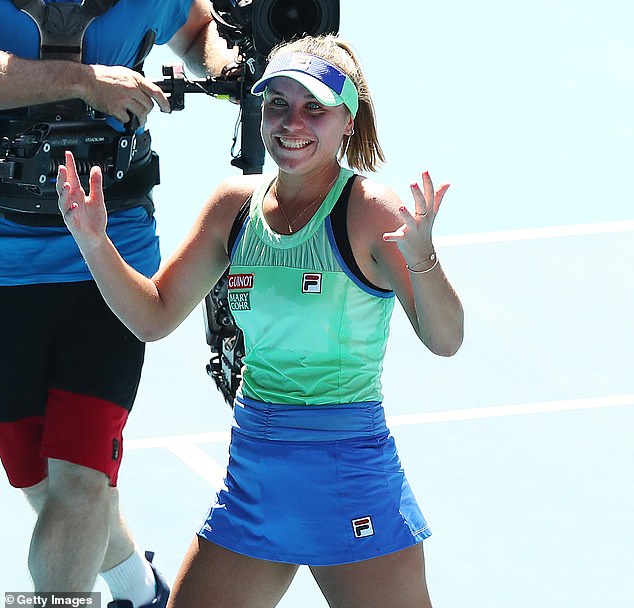 Barty lost her semi-final match to American Sofia Kenin (pictured) in Melbourne on Thursday, going down in straight sets

During the press conference, Barty refused to blame her loss on the scorching heat and pressure to win the match as the only Australian remaining in the tournament.

‘I didn’t feel super comfortable. I felt like my first plan wasn’t working. I couldn’t execute the way that I wanted. I tried to go to B and C,’ Barty said.

‘I try and go out and play the way I want to play. If it doesn’t work, I know I have different tools I can go to.

‘I tried to go to those tools today. Unfortunately I couldn’t quite scrap enough to get over the line.’

Barty praised Kenin for her pulling off one of the upsets of the tournament. 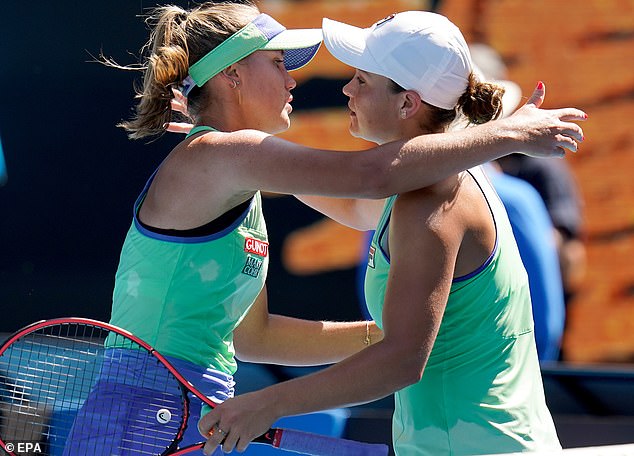 ‘I have to give credit where credit’s due. Sofia came out and played aggressively on those points and deserved to win.’

‘I’ve been in a grand slam semi-final before. Yes, it’s different at home but I enjoyed the experience,’ Barty said.

‘I love being out there. I’ve loved every minute of playing in Australia over the last month. 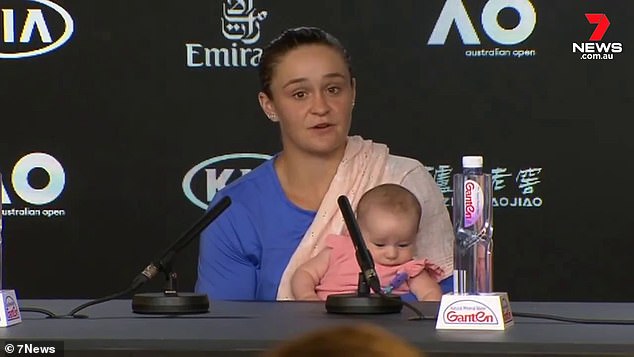 Barty was named 2020 Young Australian of the Year last week. Pictured at the post match interview on Thursday following her loss against American Sofia Kenin

‘Yeah, I could have had an opportunity to go one more match, but we didn’t quite get that today.’

Barty, from Ipswich in Queensland, had become the first Australian to reach the final four in Melbourne in 36 years.

She had climbed the ranks to become the world’s number one women’s singles player, as well as serving as the National Indigenous Tennis Ambassador for Tennis Australia. 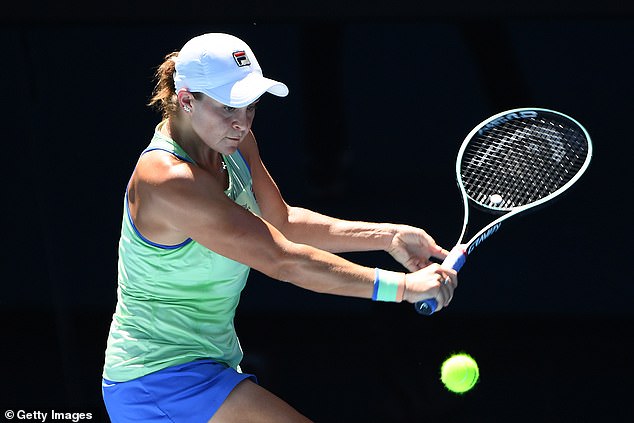 Barty, from Ipswich in Queensland, had become the first Australian to reach the final four in Melbourne in 36 years