The Barty Party is over: Ash Barty is knocked out of the Australian Open after losing her semi-final to American Sofia Kenin

Ash Barty has been knocked out of the Australian Open.

She lost her semi-final match to American Sofia Kenin in Melbourne on Thursday, going down in straight sets.

The 23-year-old from Ipswich in Queensland had become the first Australian to reach the final four in Melbourne in 36 years after an intense battle with Czech player Petra Kvitova.

She lost her semi-final match to American Sofia Kenin (pictured) in Melbourne on Thursday, going down in straight sets

Barty climbed the ranks to become the world’s number one women’s singles player, as well as serving as the National Indigenous Tennis Ambassador for Tennis Australia. 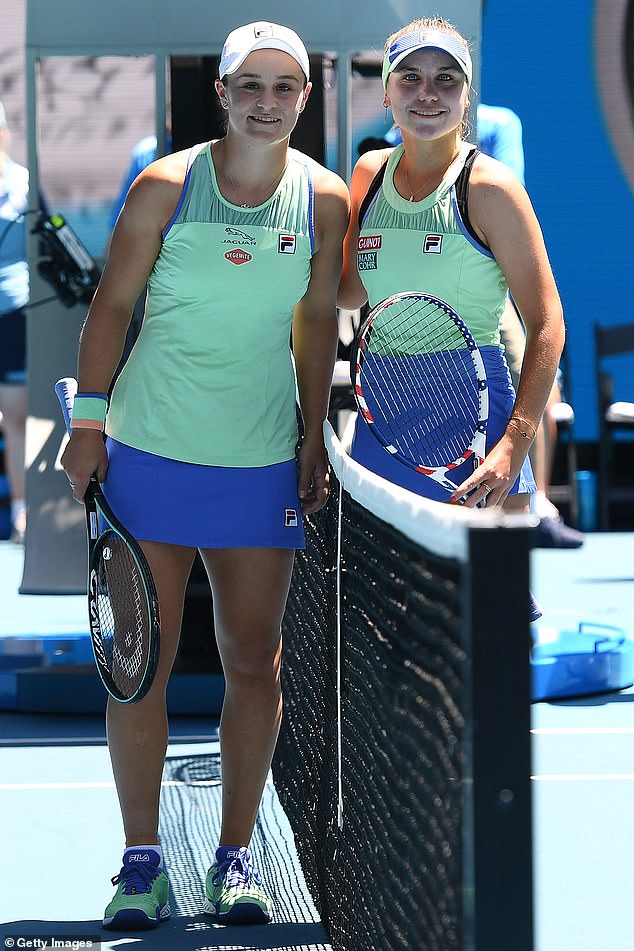 World No.1 Ash Barty has gone up against American Sophia Kenin (right) in Rod Laver Arena for their semi final, wearing a strikingly similar get-up from sports brand Fila 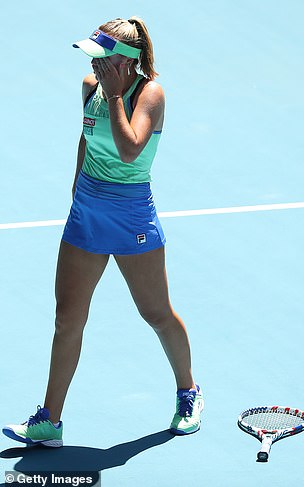 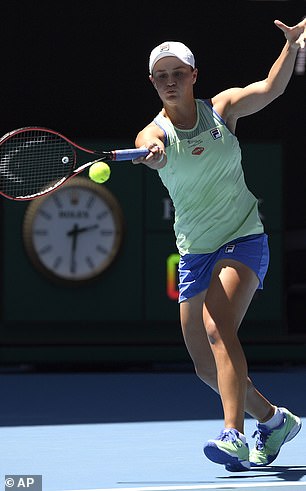 The Australian star and Kenin, who is ranked 15th in the world, have been wearing an identical blue skirt and green top for the whole tournament, but Thursday’s semi final is the first time the two women have gone up against each other