Ash Barty showed why she’s the darling of women’s tennis on Monday night as she won over fans with a heartwarming gesture.

The world number one stormed back from one set down to win her Australian Open first round match against 120 ranked Ukrainian Lesia Tsurenko in Melbourne.

But her stunning comeback wasn’t the only classy display from the Australian star.

Up 3-1 halfway through the second set, Barty briefly halted play to check on a young ball girl after she took a tumble on centre court in front of a packed Rod Laver Arena.

The crowd can be heard gasping as the youngster tumbled off-camera while retrieving a ball before applauding as the girl quickly got to her feet.

‘Are you alright?’ a concerned Barty asked the red-faced youngster on the sidelines  before serving.

The kind gesture showed not all tennis players are like lowly ranked Frenchman Elliot Benchetrit.

He copped a roasting from the match umpire after he demanded a ball girl peel a banana for him during an Australian Open qualifier on Sunday. 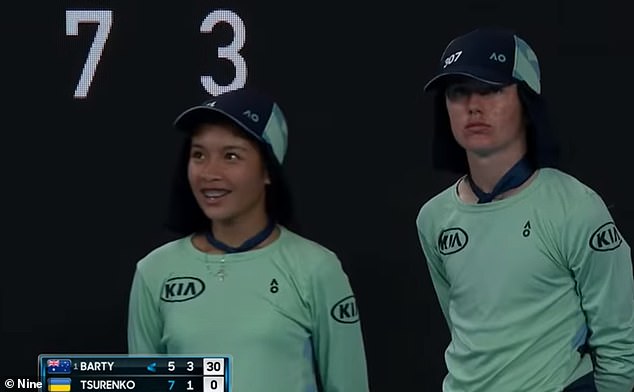 Barty, 23, hopes to become the first Australian woman in 42 years to win the Australian Open since Chris O’Neil in 1978.

‘Nah it’s all good,’ Barty replied as the crowd erupted into laughter.

The first round win came two days after claiming her first tournament title on home soil at the Adelaide International.

‘Look, I think I was pressing a little bit early. Made a few too many errors,’ Barty later told reporters.

‘I was rushing it a little bit trying to finish off too early.’

‘But I was able to tighten the screws in the second set and run away with it.’ 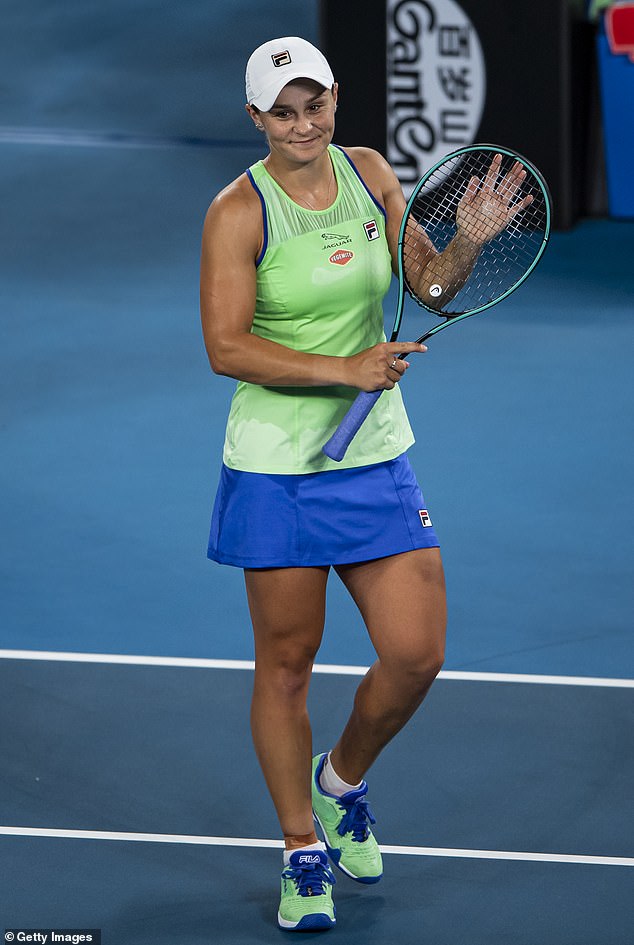 She reached the quarter finals at last year’s Australian Open.

‘It’s an experience thing. You have to learn how to deal with it, but it’s getting better,’ Barty said.

‘I’m doing it with my team. We’re doing it as a team. We’re loving it. We’re embracing it. There’s no other way to approach it.’ 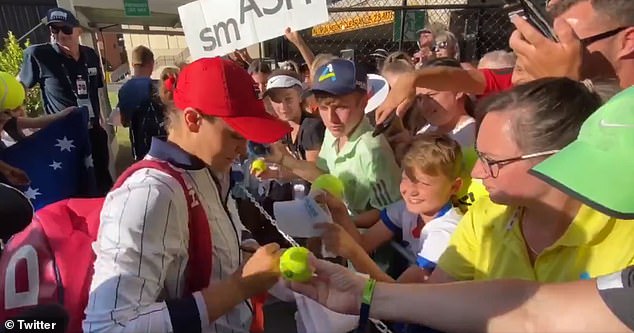