World no.1 Ash Barty has stormed her way into the quarter-finals at the Australian Open.

The last time Barty beat Anisimova was at the 2019 French Open, where she went on to win her maiden grand slam title.

‘We’ll wait and see, hey,’ she replied when asked post-match whether Sunday night’s win would be a good omen.

Barty is set to drop a set in her fourth matches as she prepares for a quarter final showdown against another American, 21st seed Jessica Pegula.

She is enjoying this year’s grand slam a lot more than 12 months ago, when Melbourne was plunged into lockdown during the tournament.

‘The last two years, has been extraordinarily tough for a lot of people all around the world,’ Barty said.

‘For us as tennis players, we were able to continue playing, that was an absolute bonus.

‘To have the crowd here, it brings a life to the sport, brings the enjoyment, and for me a lot more fun when I got to share it with everyone else.’ 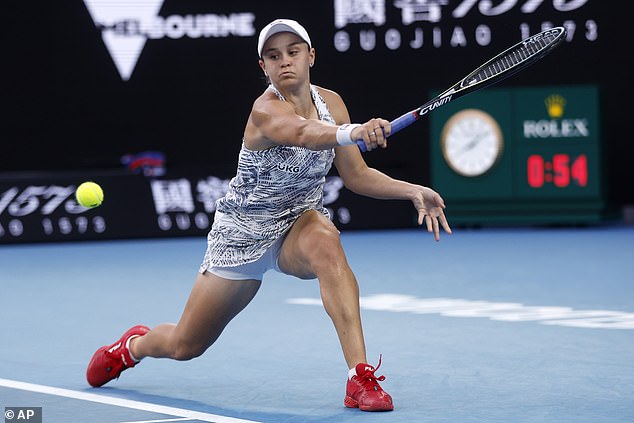