Ashes: Australia stars celebrate with beers on the MCG pitch

Victorious Australia stars celebrate with beers on the MCG pitch and a game against their kids after humiliating Joe Root’s men to retain the Ashes in style, as local press rip into ‘GUTLESS’ tourists

By Kate Mcgreavy For Mailonline and Rory Dollard, Pa Sport

Australia captain Pat Cummins and his Ashes winners toasted their emphatic victory over England with beers on the MCG pitch on Tuesday.

Cummins said his side’s resounding Ashes victory was ‘what dreams are made of’ as he celebrated a famous triumph less than five weeks after being given the job.

England’s total capitulation was described as ‘gutless’ and ‘inept’ by The Sydney Morning Herald as the local press laid into the woeful tourists.

Cummins was hastily promoted from his position as Tim Paine’s right-hand man after the latter resigned in the aftermath of a sexting scandal.

The new era began in style with a nine-wicket victory over England at The Gabba, before Cummins was forced out of the second Test due to close contact with a Covid case. 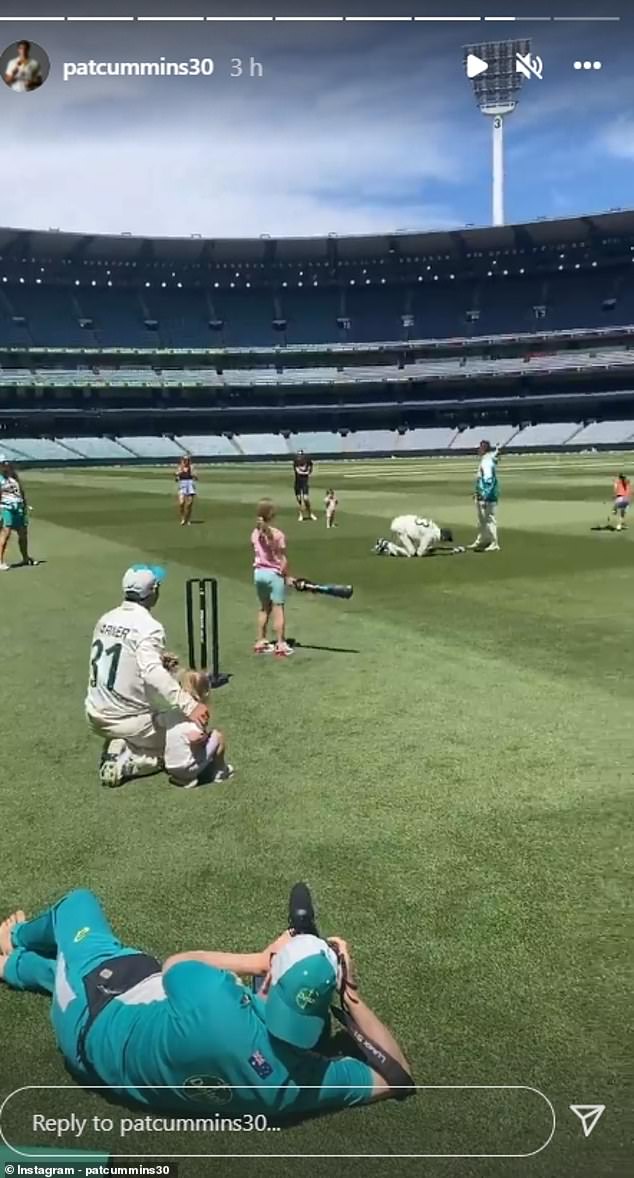 Steve Smith took care of another heavy win in his absence and Cummins was fresh to help make it 3-0 on the third morning of the Boxing Day Test.

Speaking after his side thrashed their rivals by an innings and 14 runs in Melbourne, Cummins said: ‘Winning early on day three doesn’t happen at the MCG. It’s a fantastic result.

‘It’s what dreams are made of, how we played. It’s the first Ashes victory for a lot of guys and it doesn’t just feel like a 3-0 victory, it feels like we’re really setting ourselves up for the next few years as well.

‘It hasn’t fully hit me but when I think of what it means, I think more of what it means for us as a group of players. This really consolidates that we are a really good, strong cricket side.’

The Aussie skipper was quick to share the team’s celebrations to his 847,000 Instagram followers as he posted a picture of them toasting success on the MCG pitch.

They also rubbed salt into England’s wound by playing another game of cricket with their kids on the pitch after thrashing Joe Root’s side. 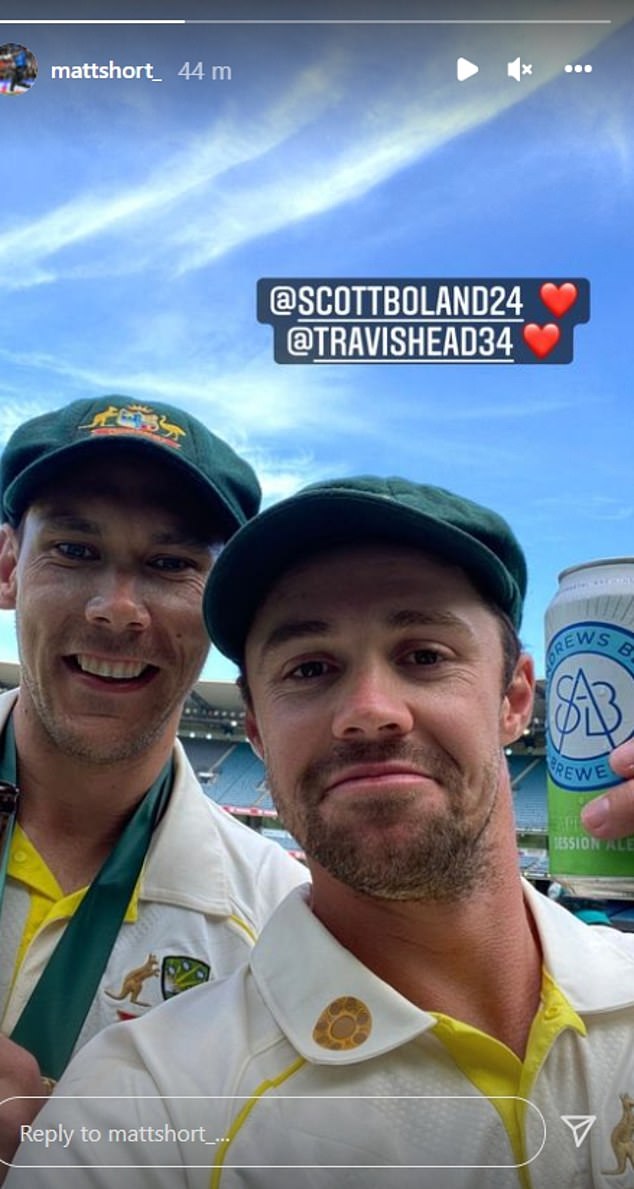 Skipper Cummins had a word for the man who might have been lifting the urn in different circumstances.

‘Losing Painey, that was not ideal,’ he said.

‘We felt for Tim, we wish he was there playing alongside us but as soon as that wasn’t the case we had a job to do.’

Cummins was full of praise for Scott Boland, who produced the performance of a lifetime on debut. He was a late addition to the squad after Jhye Richardson pulled up sore following Adelaide and was handed his Baggy Green on his home ground in front of 57,100 adoring fans on Boxing Day.

After one wicket and two catches in the first innings the 32-year-old roared onto centre stage, taking sensational figures of six for seven as England slumped to 68 all out.

‘I thought it was a really brave call by the selectors to bring in Scotty for this game. Full credit. They’ve made the right call,’ said Cummins.

‘When you bring in an experienced player like Scotty, why they’re so valuable is it’s not only their on field performance but you know they’re very level, they’ve been through highs and lows.

‘Scott is confident in his own ability and just brilliant around the squad. We knew he was going to do a great job for us at the MCG but we’re probably surprised that he took six for seven.’