England cricket hero Ben Stokes had a half-brother and sister who were shot dead before he was born, it has emerged.

The Ashes star’s mother, Deb Stokes, had two children with a previous partner, Richard Dunn – who murdered both the youngsters in April 1988 before turning the gun on himself.

Tracey, eight, and Andrew, four, were murdered in Christchurch, New Zealand – the country where Ben Stokes was born three years later, giving his mother ‘something to live for’ after the family tragedy.

Dunn flew into a jealous rage after Deb started a new relationship with Gerard Stokes, the father of Ben Stokes, according to The Sun.

Ben Stokes is pictured with his mother, Deb Stokes, who had two children from a previous relationship – Stokes’s half-brother and sister – who were murdered by their father in 1988 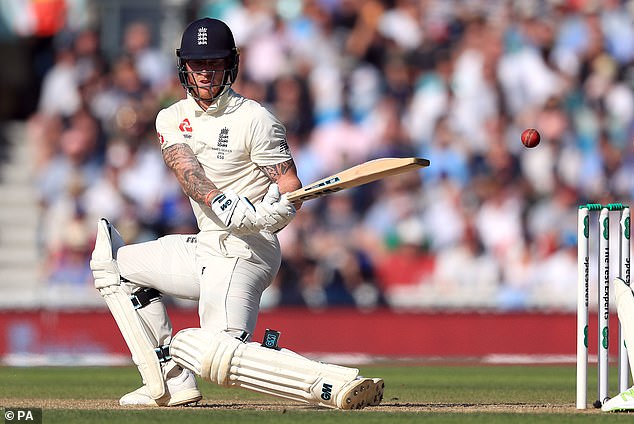 Stokes, pictured in action for England in the final Ashes Test on Saturday, has never spoken about the family tragedy in public

Ben Stokes was born three years later but he has never spoken in public about his family’s tragic history.

A family source said Ben’s birth in Christchurch in June 1991 had given his heartbroken mother ‘something to live for’.

The murders had left her ‘destroyed by grief’, her friends recalled.

‘Ben was born at a time of terrible tragedy. Deb was enduring every parents’ worst possible nightmare and his arrival gave her something to live for,’ the source said.

‘It’s incredible that he’s achieved so much as a cricketer and made her so proud.’

Jacqui Dunn, another daughter of Richard Dunn from a previous relationship, said a ‘traumatised’ Deb Stokes had kicked the coffin at the killer’s funeral.

‘Dad worshipped his kids and became obsessed with the idea he wouldn’t be allowed to see them – he just lost his mind,’ she recalled.

However, Jacqui had no idea until now that Deb had another son, much less that the son was Ben Stokes.

He is said to have killed the children and himself while he was looking after them at a weekend in 1988.

Coverage at the time describes a ‘double murder and suicide’ in Christchurch after the bodies of the two children and their father were discovered.

The children’s gravestone describes them as the ‘much loved and loving children of Deborah’. 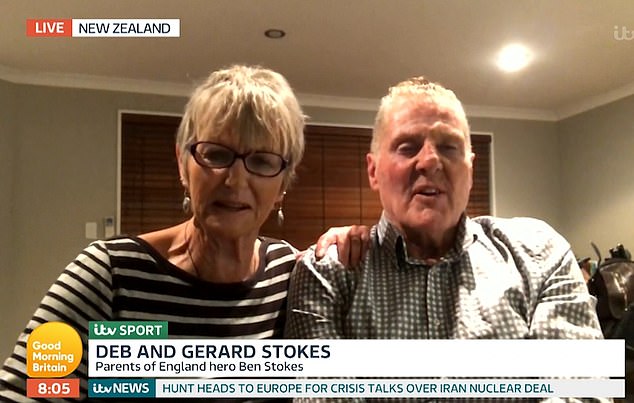 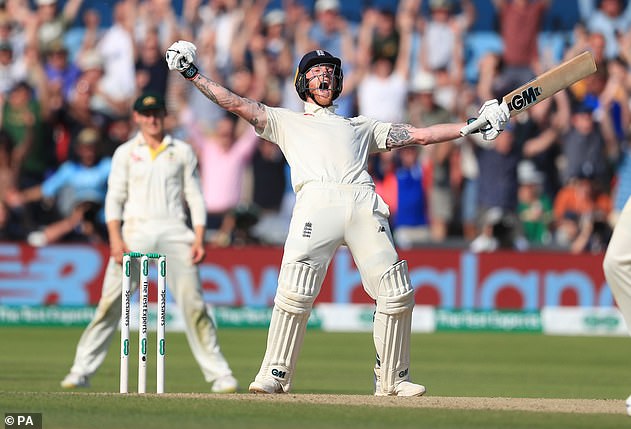 Ben Stokes grew up in New Zealand and played for junior sports teams in the country.

He moved to the UK from Christchurch aged 12 to settle in Cumbria when his father Gerard was offered a job as a rugby coach.

After playing cricket at Cockermouth School in Cumbria he joined Durham CCC in 2009.

His international debut followed in 2011 and his England career has been beset by controversies.

Teammates nicknamed him ‘The Hurt Locker’ when in March 2014, he missed the World T20 championship after he broke his hand by punching a dressing-room locker in anger.

A year ago he was facing a possible prison sentence and irreparable damage to his career over his role in a late-night brawl outside a Bristol nightclub in 2017.

The incident also saw Stokes dropped as England vice-captain and he missed the 2017-18 Ashes series in Australia, which a miserable England lost 4-0.

Stokes was accused of hitting co-defendant Ryan Ali, 28, and former soldier Ryan Hale, 27, with such force that both were knocked unconscious.

The Durham player, who claimed he was protecting two men from homophobic abuse, was cleared by a jury after only two and a half hours of deliberation. 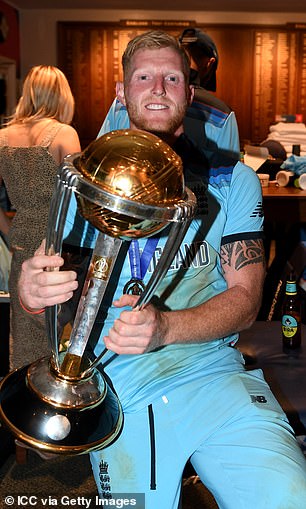 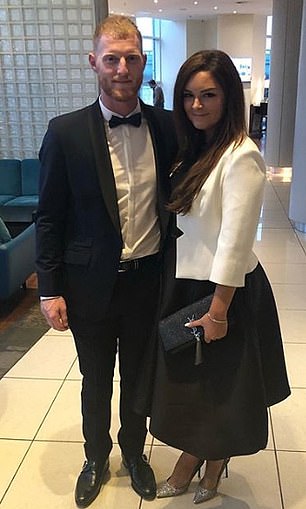 Ben Stokes is pictured left after he helped England win the World Cup in a madcap final against New Zealand earlier this year, and right with his wife Clare 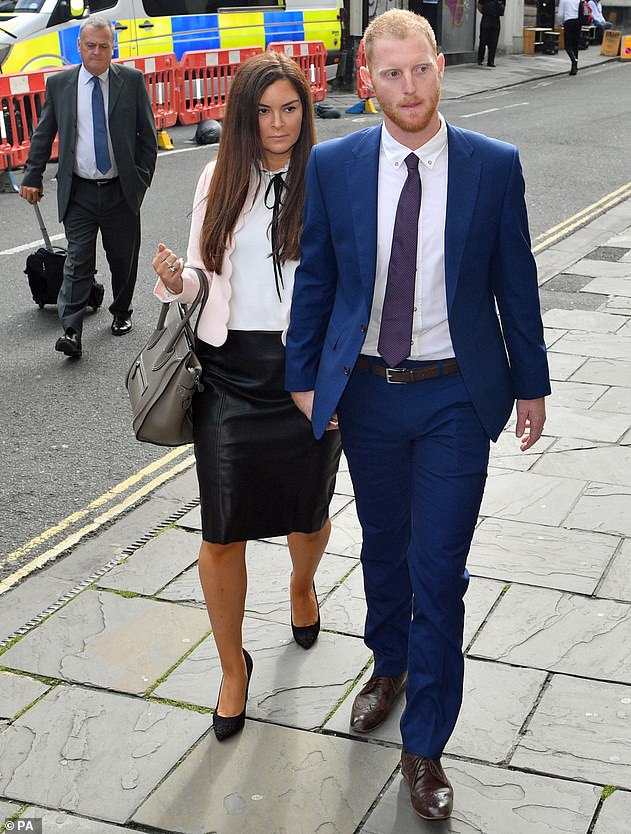 Just a year ago Stokes was on trial for affray after a brawl outside a Bristol nightclub in 2017. He and his wife Clare are pictured outside Bristol Crown Court in August 2018

Stokes has more than redeemed himself with a series of outstanding performances this summer.

In July he played a starring role as England won the World Cup for the first time in a madcap final against the country of his birth.

Stokes’s parents, who have since returned to New Zealand, revelled in their son’s achievement but admitted the final had left them with divided loyalties.

‘It’s a strange one,’ his father Gerard said. ‘I’ve always said I’ll support Ben in every team he plays, but when he’s playing New Zealand he understands that we’ll support New Zealand.’

Gerard Stokes later joked he was the ‘most hated man’ in the country after his son dramatically denied the Black Caps the title.

Stokes, who marks his heritage with Maori tattoos on his left arm, proudly refers to himself as an Englishman.

Last month he played one of England’s greatest innings ever to pull off a stunning comeback victory over Australia in the third Ashes Test.

Faced with a seemingly hopeless position he clobbered Australia’s bowlers for an unforgettable 135 not out to steer England to their highest ever winning run-chase.

England batting legend Sir Alastair Cook said it was the greatest ever innings by an Englishman.

Stokes and his family – wife Clare and two children Layton and Libby – live in a five-bedroom mansion in County Durham, which they bought for £1.7million in 2017.