And her younger sister, Ashlee Simpson shared how proud she was on Saturday, revealing her sister’s weight loss secret was simply ‘dedication.’

The 34-year-old dished to Us Weekly that Jessica had been working ‘very hard’ to achieve the incredible results.

Proud: Ashlee Simpson was quick to gush over her elder sister, Jessica, and her weight loss on Friday night, calling her ‘hard working’ with ‘determination’

‘Dedication! It works,’ she told the publication at the L.O.L. Surprise! event.

‘I mean, she’s been working so hard and she looks amazing.’

Jessica, who tipped the scale at 240 pounds at birth, shed 100 of them over the past six months. 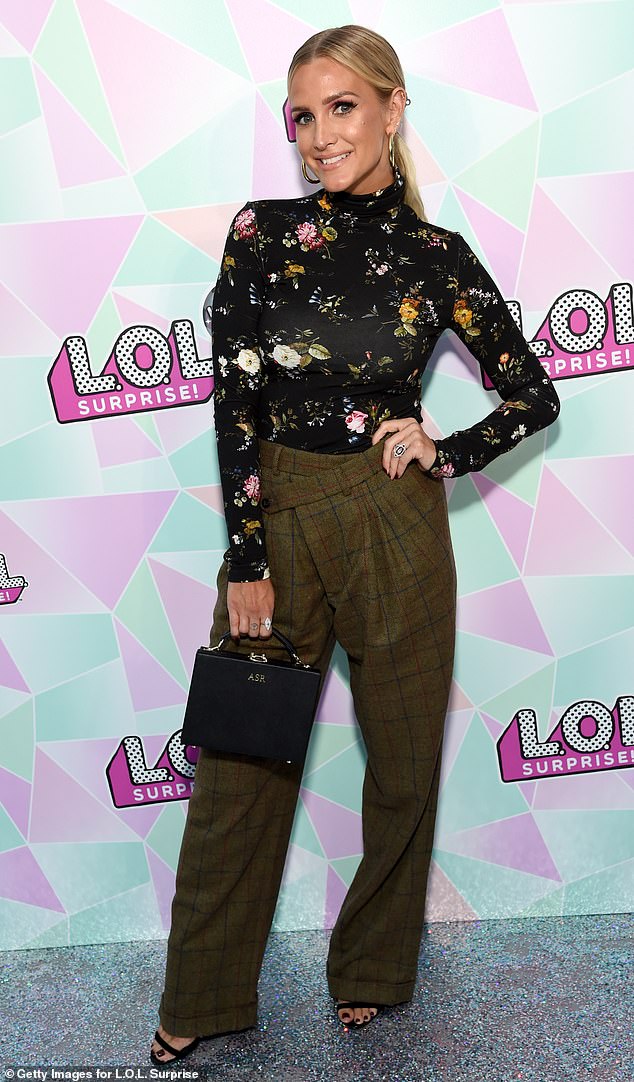 Supportive: ‘I mean, she’s been working so hard and she looks amazing,’ she said while speaking about Jessica 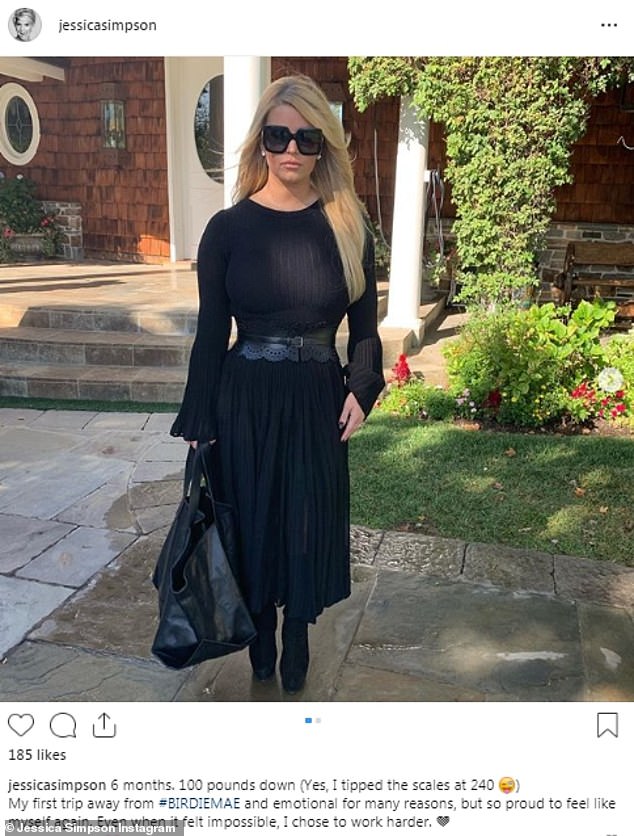 Worked hard: Taking to social media on Tuesday, she shared a gorgeous shot of herself in a black dress with her waist cinched in with a belt

Speaking during an appearance on HSN on Thursday, she said it came down to a lot of hard work.

‘It’s been a lot of hard work. I have to say that I have worked very hard,’ she said.

‘Everything that I’ve been eating is mostly made with cauliflower.’

But it’s all about balance, revealing at the time she had eaten a bag of crips before stepping on stage. 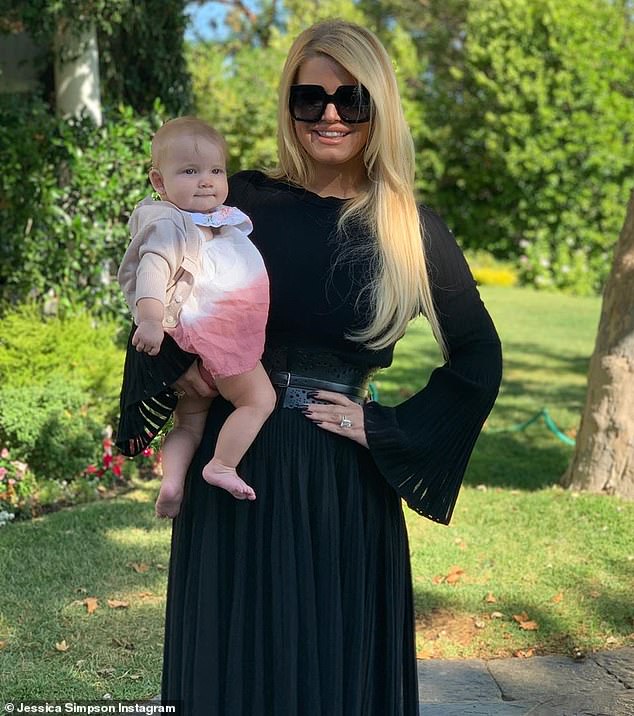 ‘I just ate a bag of Cheetos in the back. I do think that writing down what we eat is important to keep [ourselves] in check,’ she continued.

‘I didn’t expect to gain as much with my third. I thought I’d learned my lesson, but apparently that’s just the way God made me, very hungry and pregnant.’

Taking to social media on Tuesday, she shared a gorgeous shot of herself in a black dress with her waist cinched in with a belt. 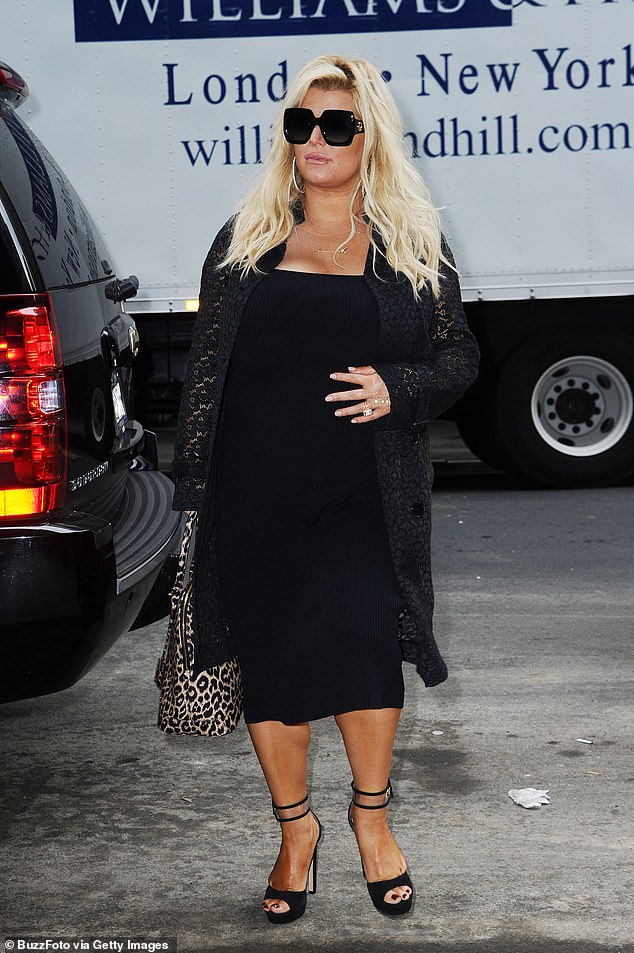 Heavy pregnancy: Jessica revealed on social media that she tipped the scales at 240 pounds before Birdie was born (pictured pregnant with the baby in October 2018)

‘My first trip away from #BIRDIEMAE and emotional for many reasons, but so proud to feel like myself again. Even when it felt impossible, I chose to work harder.’ 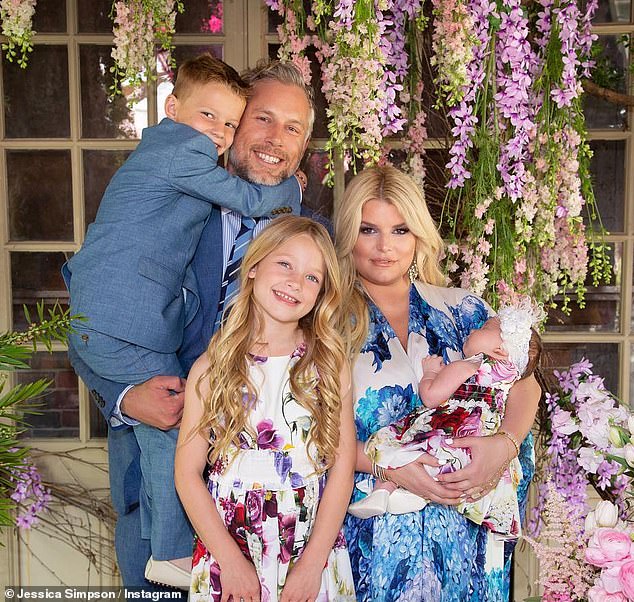