Ashlee Simpson looked flawless as she headed for a date night dinner with her husband Evan Ross in Santa Monica on Thursday.

The singer, 36, wowed in a chic leopard print dress and £750 Prada loafers as she headed into the Italian restaurant alongside Evan.

Leaving their car with the valet, the musical couple took some time away from their children Jagger, 5, and Ziggy, six months, to enjoy a romantic evening together.

Chic: Ashlee Simpson looked flawless in a leopard print dress as she headed for a date night dinner with her husband Evan Ross at Giorgio Baldi in Santa Monica on Thursday

Ashlee slicked back her blonde tresses into a sleek low bun for the outing.

She decorated her ears with a pair of large gold hoops and toted a stylish black clutch bag for the evening.

The mother-of-three looked radiant as she boasted a glowing tan and emphasised her piercing eyes with lashings of kohl liner.

Tying in with his wife’s look, Evan, the son of music legend Diana Ross, wore an all black Balenciaga ensemble with a pair of shiny brogues. 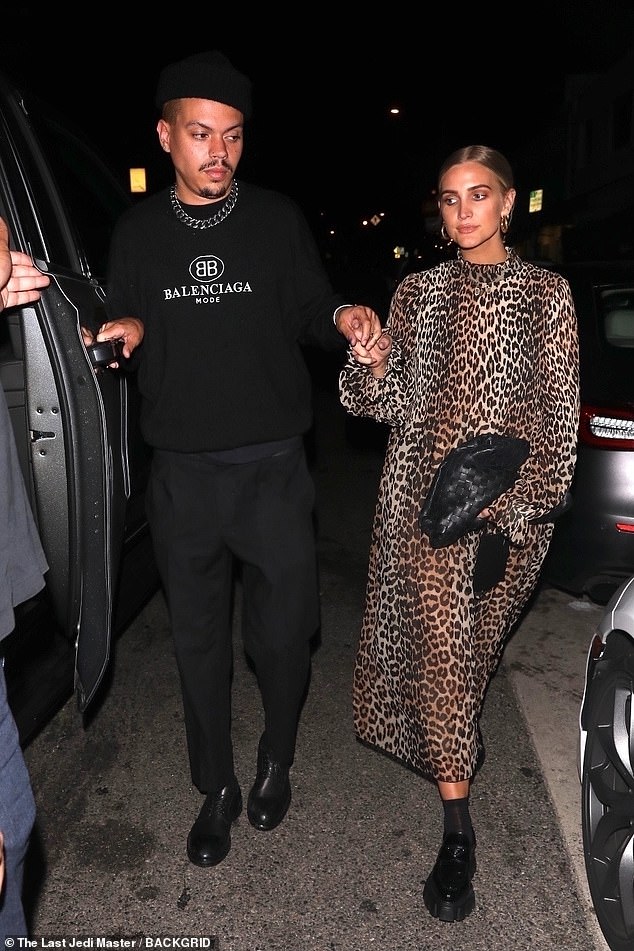 Date night dinner: The singer wowed in the eye catching ensemble dress as she headed out with her husband in £750 Prada loafers

Ashlee recently spoke of her and Ross’ instant connection, which took off after they had a dance-off at a friend’s birthday party.

‘He’s so cute and he’s four years younger than me. There was a connection right away,’ Simpson gushed of their first encounter on The Drew Barrymore Show.

In 2014, they announced their engagement, tied the knot that same year, then quickly revealed that they were expecting their first child together.

The couple got married at the Connecticut estate owned by Evan’s mom, music legend Diana Ross. 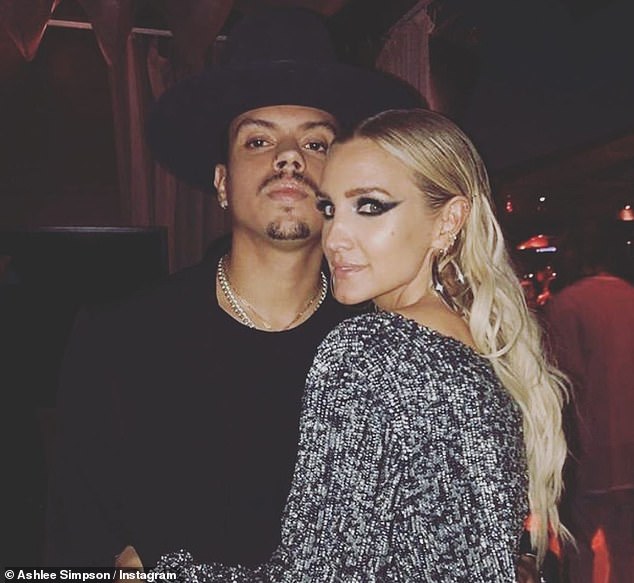 Instant connection: Ashlee and Evan relationship took off after they had a dance off at a friend’s party

As well as Ziggy and Jagger, five, with Evant, Ashley is mother to 11-year-old Bronx from her marriage to ex-husband Pete Wentz.

Ashlee and Evan announced they were expecting their second child together back in April.

‘We are pregnant and we are so excited to share it with everyone. Baby #3,’ Ashlee wrote to her followers on Instagram.

They welcomed baby Ziggy in October last year, writing: ‘Our sweet boy has arrived! I’m over the MOON we are so Blessed!’ 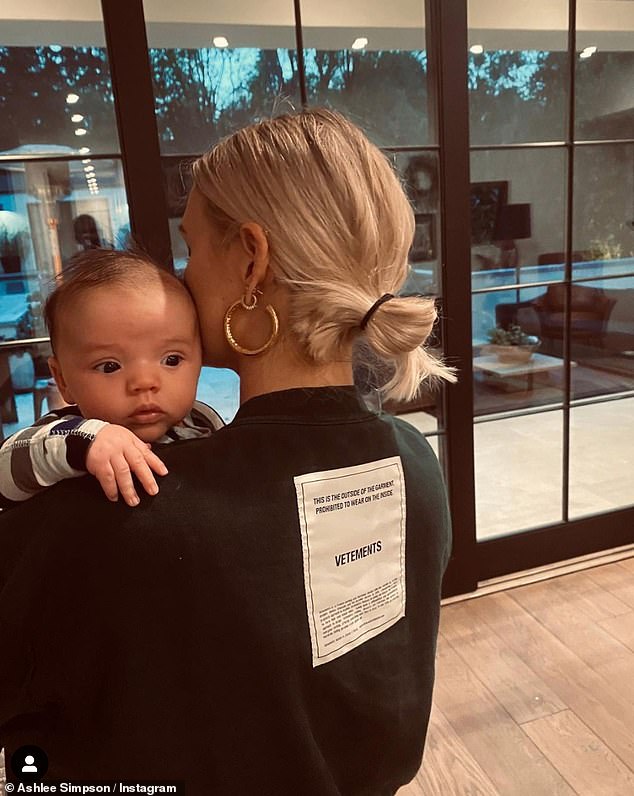 Happy family: The couple are parents to Jagger, 5, and Ziggy, six months, who they welcomed in October last year (pictured)