Model Ashley, 34, highlighted her enviable curves in a black velvet leotard which she layered above a semi-transparent coordinating catsuit.

Singer Charli, 30, showcased her legs in a black textured coat featuring sleeves and a collar, which she teamed up with matching pumps.

Looking good: Ashley Graham (left) highlighted her curves in a black velvet leotard while Charli XCX (right) flashed her legs in a minidress at the Loubi Show II during PFW on Saturday

Designer Christian cut a suave figure in a white suit with floral prints which he teamed up with a brown polo neck sweater. 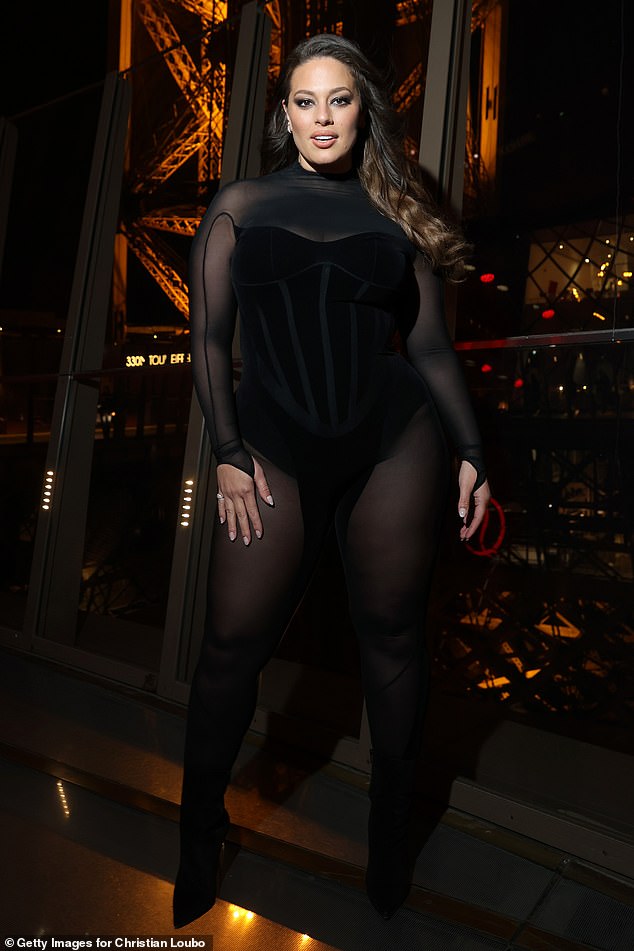 Wow! Model Ashley, 34, highlighted her enviable curves in a black velvet leotard which she layered above a semi-transparent coordinating catsuit 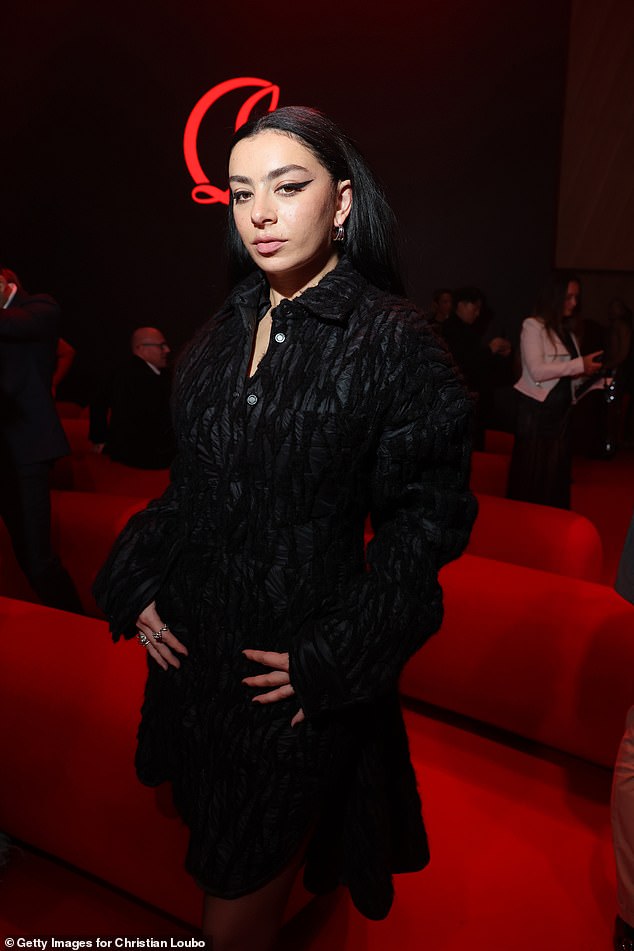 In her element: Charli never fails to disappoint with her wardrobe choices 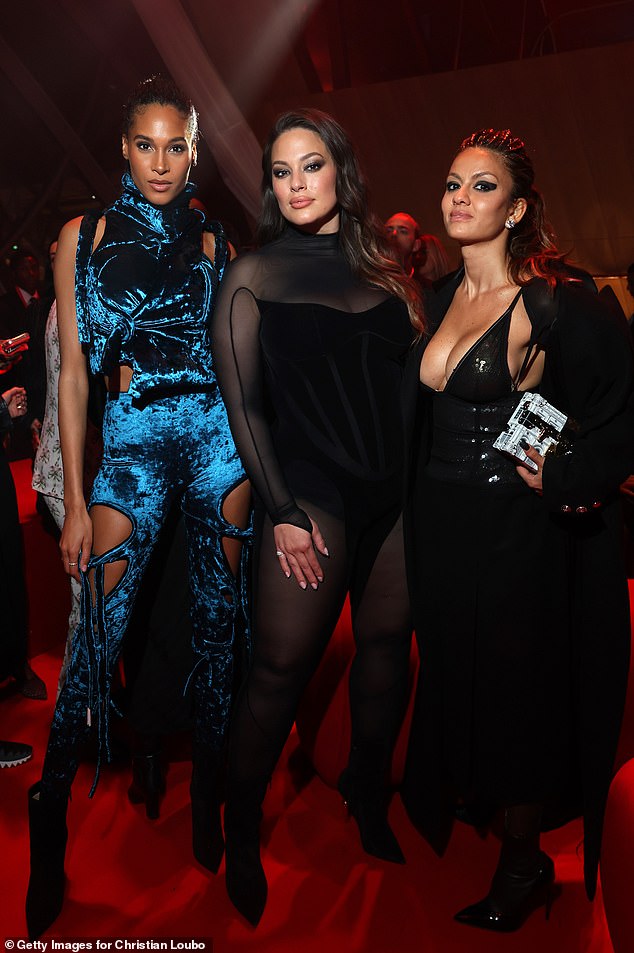 Gang: Cindy Bruna, Ashley and Natasha Poonawalla (L-R) modelled up a storm for the camera 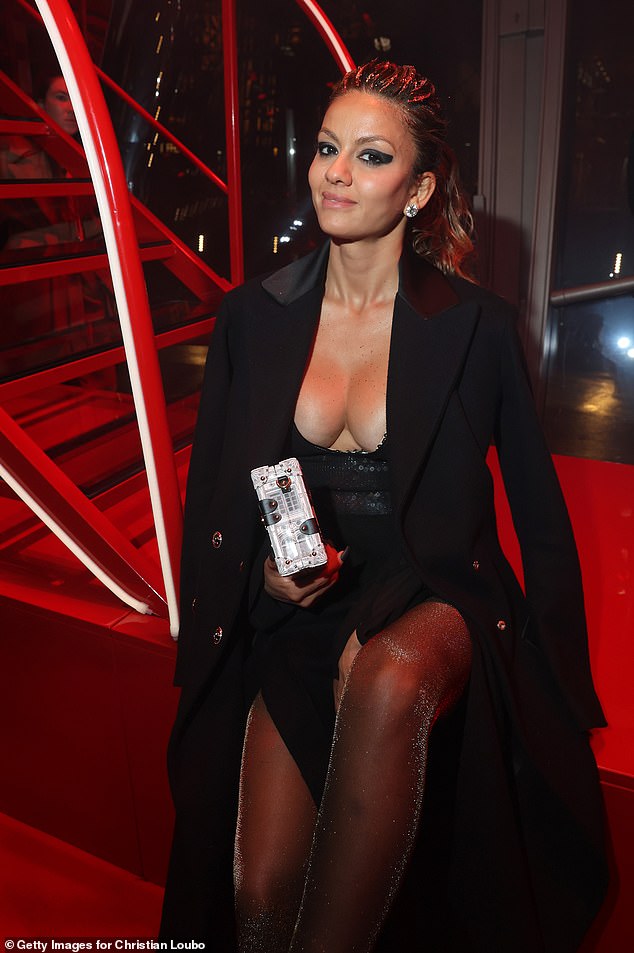 While on the morning show, the cover girl said she felt ‘hot’ in her head-turning dress as she touched on the subjects of breastfeeding, cupping and daily affirmations. 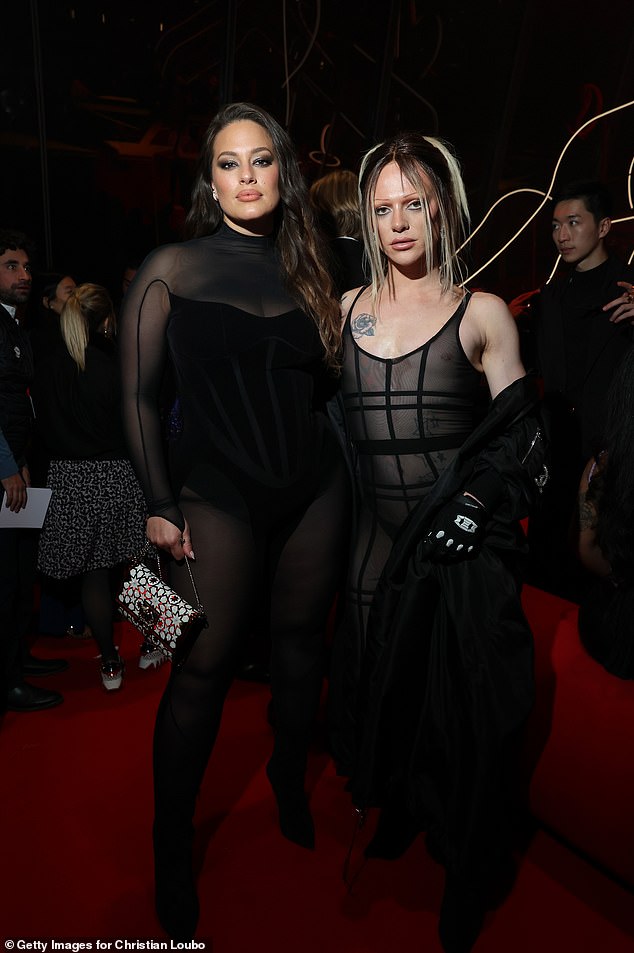 Pals: Ashley and Bimini Bon Boulash (L-R) posed for onlookers at the event 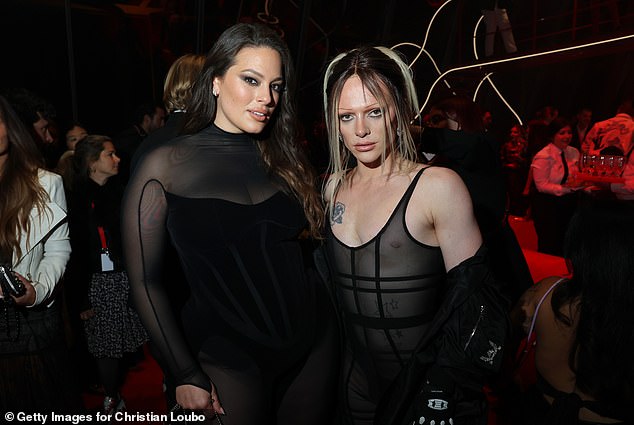 Stern: They both shot stern expressions for the camera 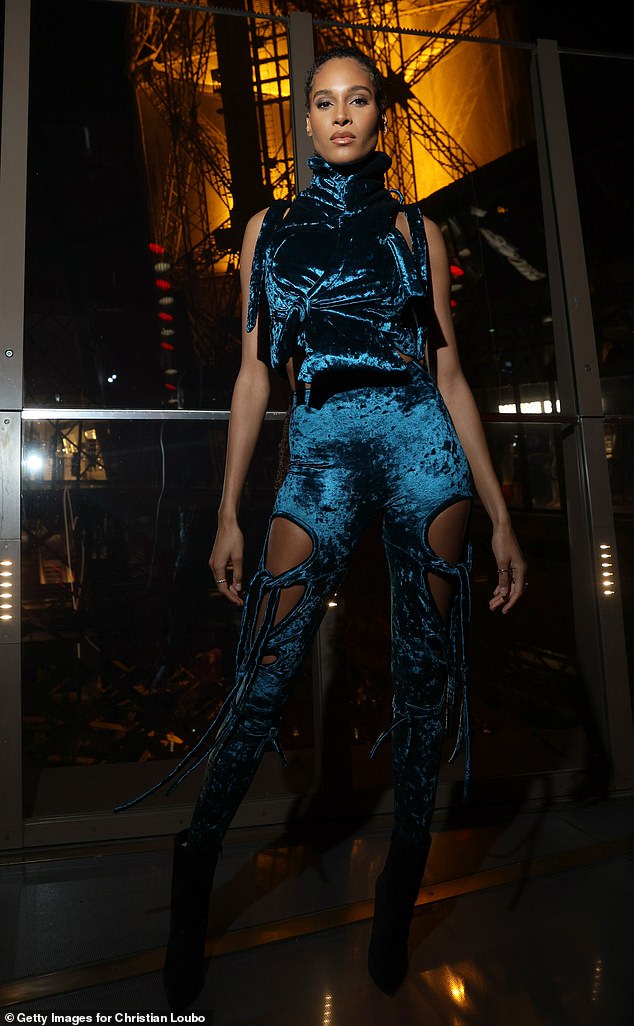 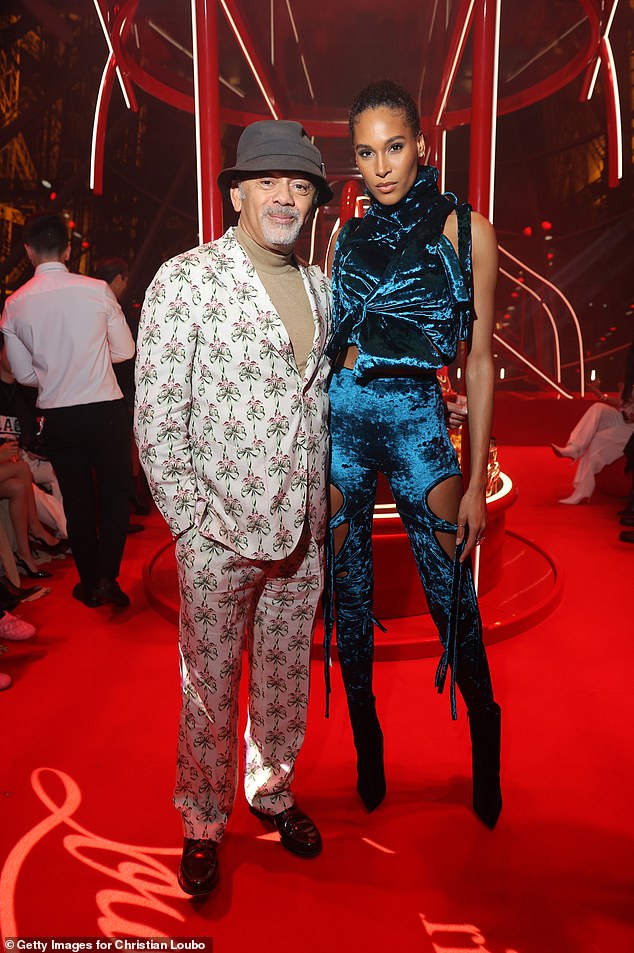 Buddies: She was joined by Christian, who cut a suave figure in a white suit with floral prints 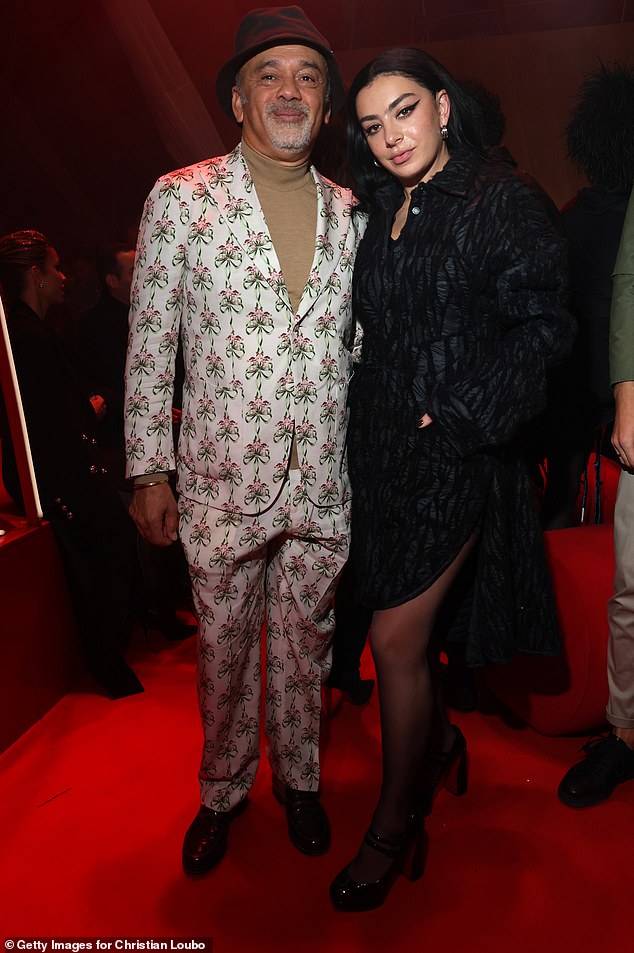 Together: Christian and Charli appeared to be in high spirits

The company Bobbie focuses on the importance of feeding babies, whether it is breast feeding or using formula.

‘I am working with Bobbie to end the stigma on how we feed our children,’ she said noting that there are so many opinions about breastfeeding and using formula.

She was promoting Bobbie, which she is an investor in, and is seen posing for in ads, along with the kids and her husband Ervin.

‘At the end of the day don’t we just want happy, healthy children?’ she asked after saying no one wants to be judged for the way they feed their child.

‘We also don’t want to be told how we feed our children,’ she added.

Her children are part of the Bobbie campaign. ‘Roman and Malachi are on the billboard with me,’ she said.

She said 70 percent of parents do breastfeeding and formula at the same time. 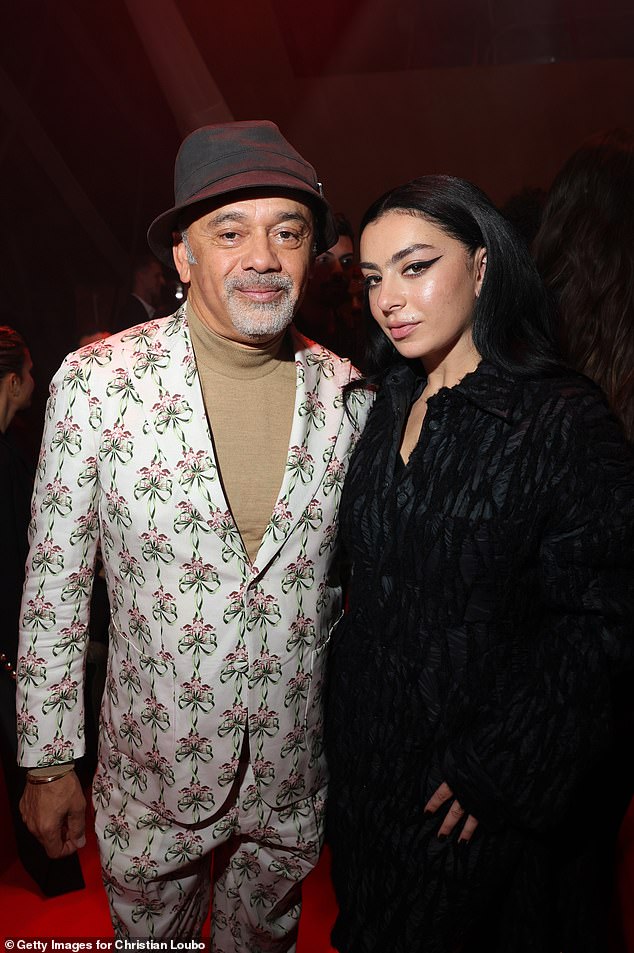 Chic: The designer layered a brown polo neck beneath his suit 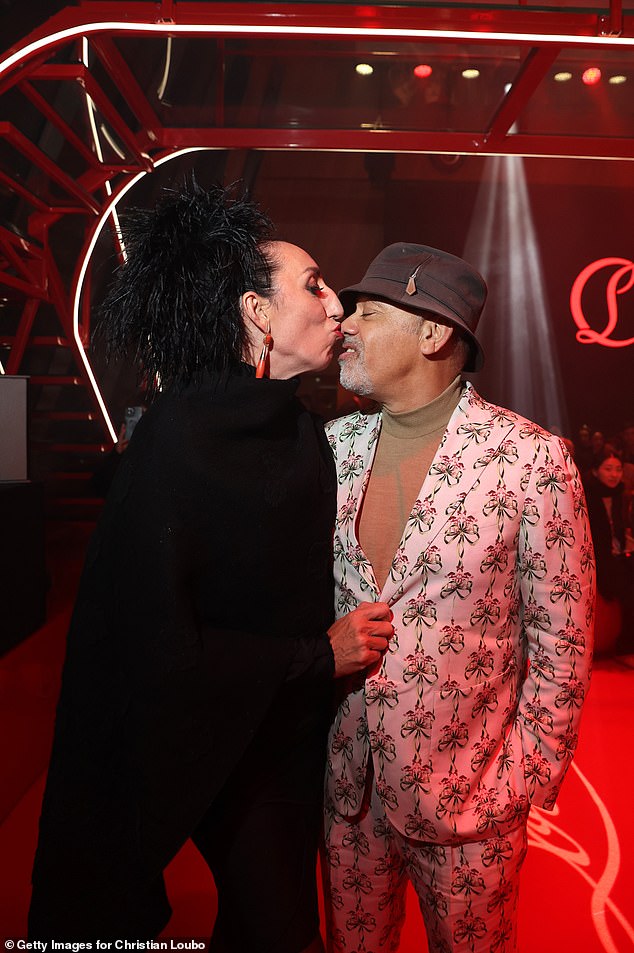 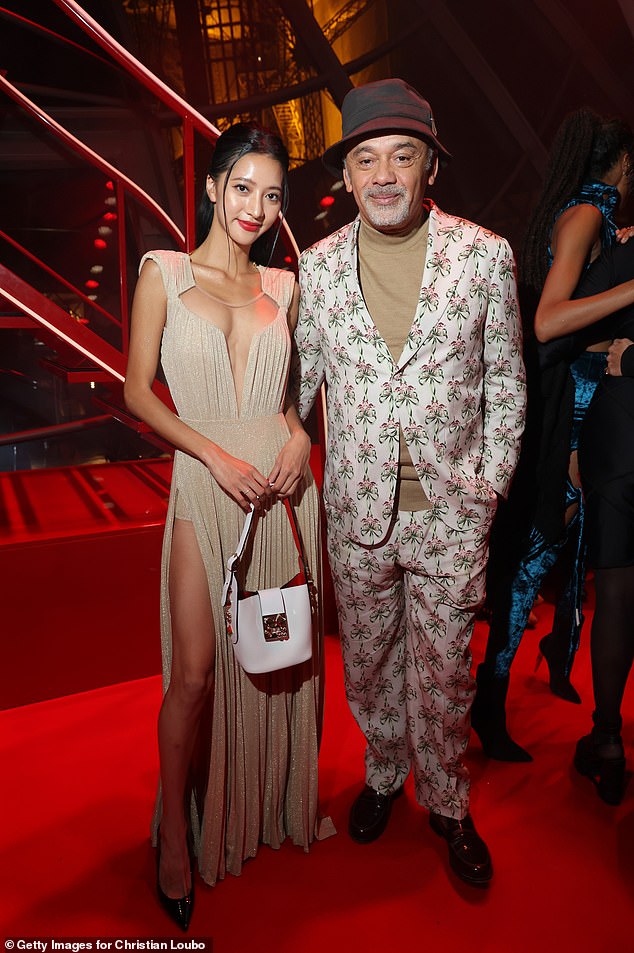 What a pair! Ann Lu put on a leggy display in a thigh-split brown dress while joined by Christian 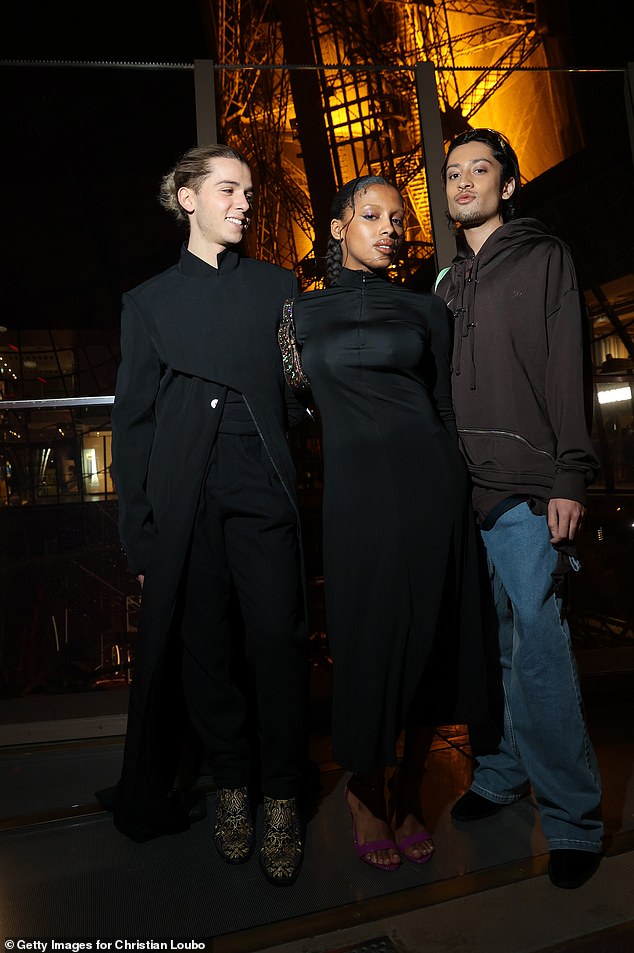