She is enjoying a sun-filled break in Jamaica.

And Ashley Graham showcased her famous curves as she cooled down in a waterfall on the Caribbean island on Saturday.

The 30-year-old model shared a shot in which she’s sizzling in an animal print swimsuit.

Sexy: Ashley Graham showcased her famous curves as she cooled down in a waterfall on the Caribbean island on Saturday

She pulled her chestnut tresses away from her stunning features, as she pulled a sexy pose.

The beauty also shared an image on Friday alongside fellow Supers, Amber Valletta and Joan Smalls. 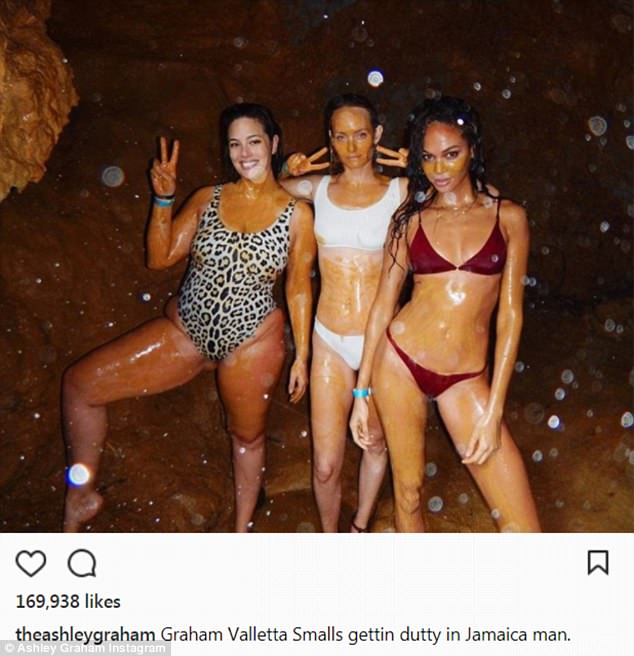 Ashley’s social media display comes after a body-shaming Instagram account began targeting her – hitting out at the Sports Illustrated star in a vitriolic post that labelled her a ‘fat model’.

It also compared her to Victoria’s Secret star Alessandra Ambrosio – she took the opportunity to fire back in a series of passionate Instagram Story posts, blasting anyone who dares to categorise women in such a vicious way.

Taking to Instagram, Ashley boldly called out the troll behind the account in a series of videos posted to her Story, while getting her hair and make-up done backstage at a photoshoot. 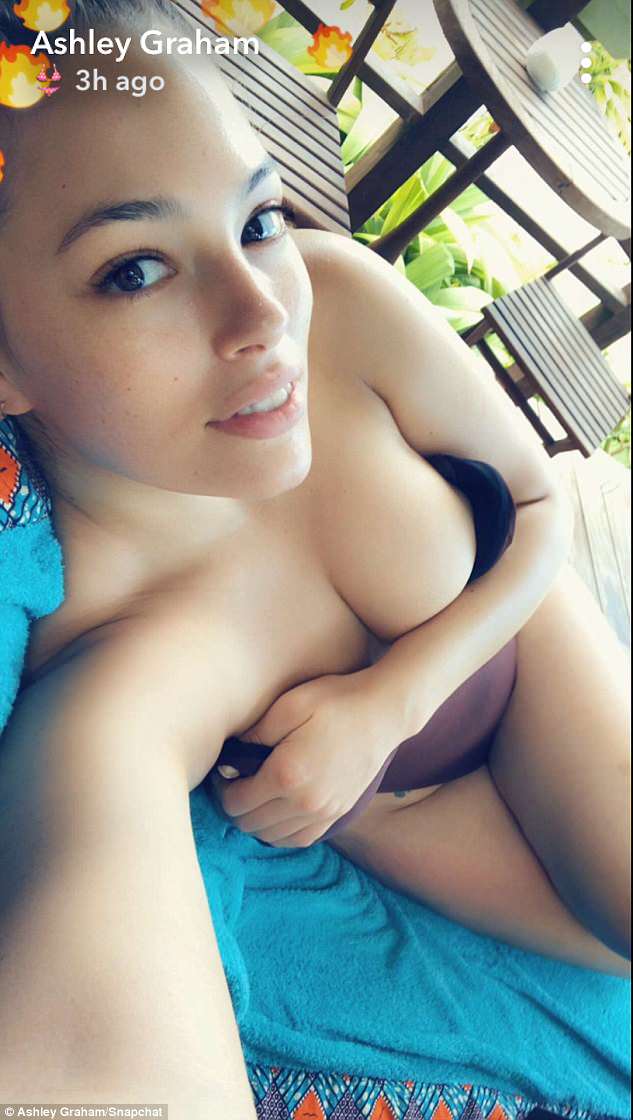 Naughty: Graham did a mini swimsuit shoot for her fans with a risque Snapchat post on Thursday

‘I know I’m being a little petty by posting these stupid photos of somebody who wrote real model and fat model but I will let you know, nothing defines what a real model or a fat model or fake model is,’ she said.

‘Your weight, your skin, your hair, your religious background, none of that determines whether you’re a real model or not,’ she added.

She continued with advice to others: ‘To all those girls out there that have dreams and hopes, keep fighting for them and don’t let all the losers on Instagram stop you.’Ashley made history with her 2016 Sports Illustrated Swimsuit Edition cover, and she has graced pages of numerous magazines, including the cover of Vogue’s diversity issue featuring Gigi Hadid and Kendall Jenner.