By Michelle Brett For Mailonline

Pussycat Doll singer turned presenter Ashley Roberts channelled a retro style on Tuesday when she stepped out in an amazing shirt dress with a graphic print.

The singer 40, turned heads in the bold green and white-coloured number that she wore with a belt which accentuated her waist.

She wore her blonde lock in a sophisticated chignon with a middle parting and wore minimal jewellery choosing to set of the outfit with a pair of small hooped earrings.

She complemented the look with a pair of white sky scraper heels that showcased her long toned legs and finished off with a pair of large statement sunglasses.

Looking confident, the Dontcha’ singer walked tall as it was recently announced that she will be hosting a new reality show with Keith Lemon called The Real Dirty Dancing.

The series will consist of eight episodes and will follow 10 famous faces as they are put through their paces and set challenges as they try to recreate dances moves from the 1987 iconic movie. 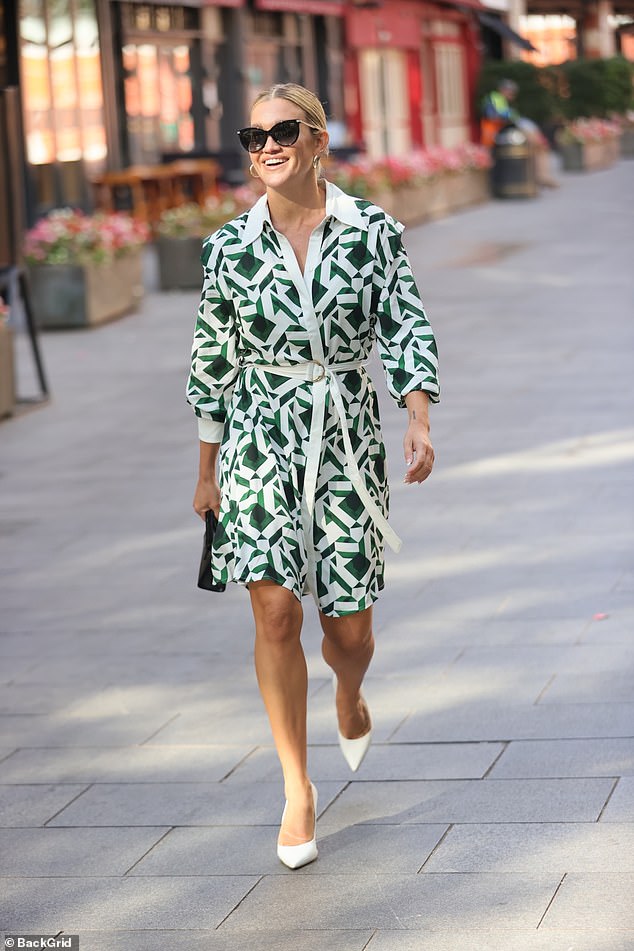 Happy days: The hitmaker was all smiles as she headed to work on the Breakfast show on Heart FM in her chic get-up putting on a fashionable display

Each couple has one thing in common they all want to be the last Baby and Johnny standing. The show which is due to air on 2022 and the celebrity line has yet to be revealed

‘I couldn’t be more excited to be involved in this series. I’m going to be on hand to help out the celebs with their Johnny and Baby moves and look forward to being reunited with Keith. Wish me luck! It’s going to be a lot of fun.’ 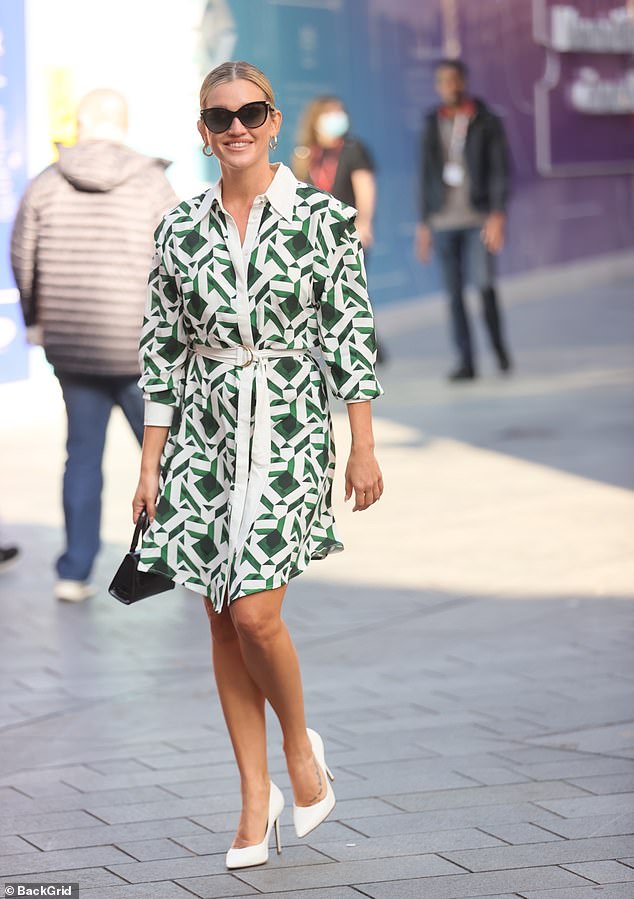 Looking confident: The Dontcha ‘ singer walked tall as it was recently announced that she will be hosting a new reality show with Keith Lemon called The Real Dirty Dancing.

The eight-part series – which is inspired by the Australian show of the same name – is set to air in early 2022.

On being announced co host of the show Keith Lemon said  ‘Dirty Dancing is such a good film and of course I’ve been Baby myself!

Twice now! Once for Let’s Dance for Comic Relief and once when we did it on The Keith & Paddy Picture Show.

So yeah I was chuffed to be asked to host this show! And to be hosting with me mate Ashley! It’s gonna be so fun!’ 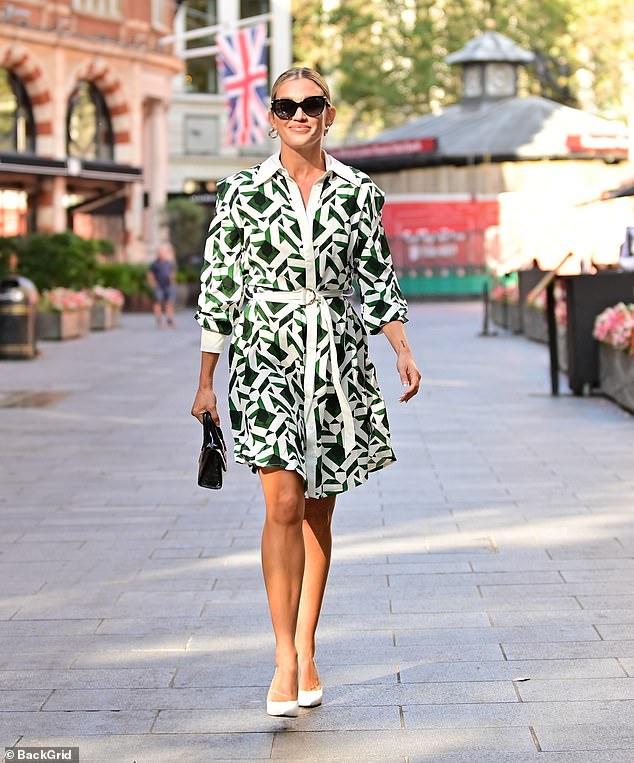 Host: Ashley has just signed a deal to host the new E4 series The Real Dirty Dancing with Keith Lemon