A kindergarten teacher’s daily ritual for her class has warmed the hearts of thousands of people on the internet.

Ashley Coston Taylor from Burleson, Texas teaches five and six-year-olds at Keene Elementary. And every morning, the 41-year-old has her class start off the day by by greeting each other with handshakes and hugs.

Now video of the kids’ morning tradition has gone viral, charming hundreds of thousands of fans who are thrilled to see children learning a great lesson at a young age. Too cute! Kindergartners at Keene Elementary greet each other with handshakes and hugs every morning 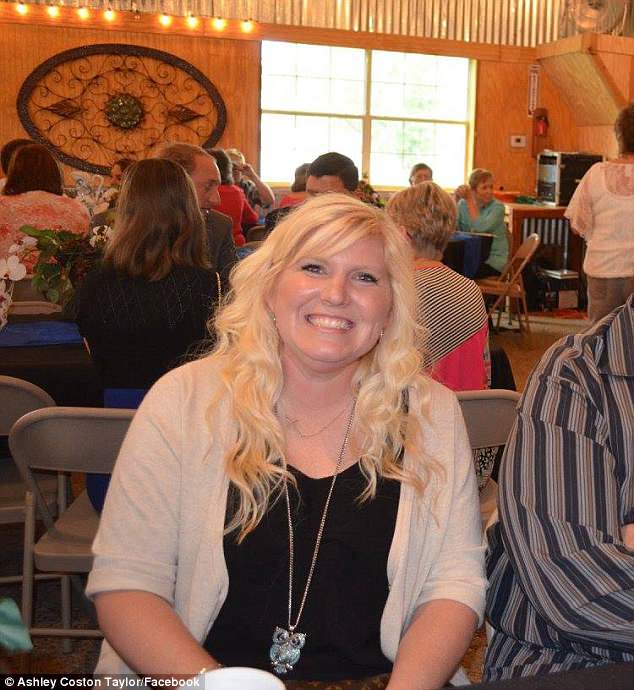 Ashley, who has been teaching for 18 years, uploaded a video of her class on Facebook on May 21. In the clip, a little boy in an orange T-shirt and plaid shorts stands adorably with a backpack two big for him slung on his shoulders, patiently waiting as each of his classmates walks up to him.

A little girl with a pink princess backpack approaches, shaking his hand and he says to her, ‘Good morning, Serena.’

Another little girl shakes her hand and says ‘good morning’ to him, and she’s followed by more classmates who shake his hand.

They all say good morning to each other, and several kids even goes in for a hug after shaking hands. The children are standing in an orderly line, waiting their turn to greet their classmate.

Finally, once the kids have finished, Mrs. Taylor offers up her handshake and says to her student, ‘Good morning Asher Bales.’ Aww! Each kid takes a turn as a greeter, and the others wait in line to smile, say ‘good morning,’ and give a handshake 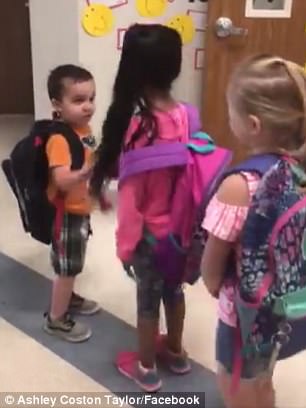 Warm: Mrs. Taylor said she wants to teach the children good manners, as well as that ‘someone is on their side’

According to the Forth Worth Star-Telegram, Mrs. Taylor has the kids do this every morning. Each student gets to take turns being the greeter, as the others line up to say hello as they enter the classroom.

She has taught them to look each other in the eye, smile, and offer up a firm handshake while saying ‘hello’ or ‘good morning’. The whole thing is meant to teach the children good manners, as well as that ‘someone is on their side’.

‘The school shootings have been a real eye opener,’ she added. ‘Maybe if some of those kids had felt like someone was on their side, things would have happened differently. I understand there are lots of factors that play into those situations. But what if, you know?’

She wants the kids to know when they come to class that it is a place where they are accepted, and have friends.

‘Sadly, lots of kids (of all ages) come to school looking for that positive interaction that they may not have experienced at home. Life can be hard for kids but it shouldn’t be at school!’