A man has been photographed unloading a trolley full of baby formula into his car as desperate parents wait for an end to the chronic powder shortage.

Radio personality Emily Jade O’Keeffe uploaded the photo to her Instagram account after she spotted the man at a shopping plaza in the Gold Coast suburb of Ashmore on Tuesday morning.

‘I’ve seen on TV that it happens in Sydney and Melbourne but I have never seen it on the Coast,’ Ms O’Keefe told the Courier Mail.

Radio personality Emily Jade O’Keeffe uploaded the photo to her Instagram account, after she spotted the man at a shopping plaza in the Gold Coast suburb of Ashmore on Tuesday morning

Young mothers took to the post on social media to air their struggles with trying to find the popular product.

Ms O’Keeffe is a mother to a four-month-old boy and she said the comments from other parents were grounding.

‘I have to get my baby formula on prescription and it’s behind the counter, so I didn’t know there was such a struggle to get formula,’ she wrote.

While the shopper in the photo was lifting the baby formula out of a Woolworths-branded trolley, the supermarket denies selling the man the boxes.

‘We have a two-tin limit per customer in place and receive our product orders in much smaller volumes at this store,” a spokesperson for the store said.

Ms O’Keefe said a chemist in the area could have sold the customer the baby formula.

A spokesperson from the chemist told Daily Mail Australia a customer had placed an order with them.

However, the store said it rarely sold baby formula in such large quantities and it had to order in the stock on request.

The photo comes just days after vision emerged of a crush of customers storming a Woolworths store in Box Hill, a suburb in Melbourne’s east.

The buying frenzy began just minutes after the store opened its doors in the morning last week, according to witnesses.

Customers queued almost to the end of an aisle, prompting staff to simply stack the boxes on a pallet in the stock room’s doorway in preparation for the mad rush.

Shoppers are filmed hustling through the otherwise empty store to be some of the first to collect the tins, which can sell for hundreds of dollars online. 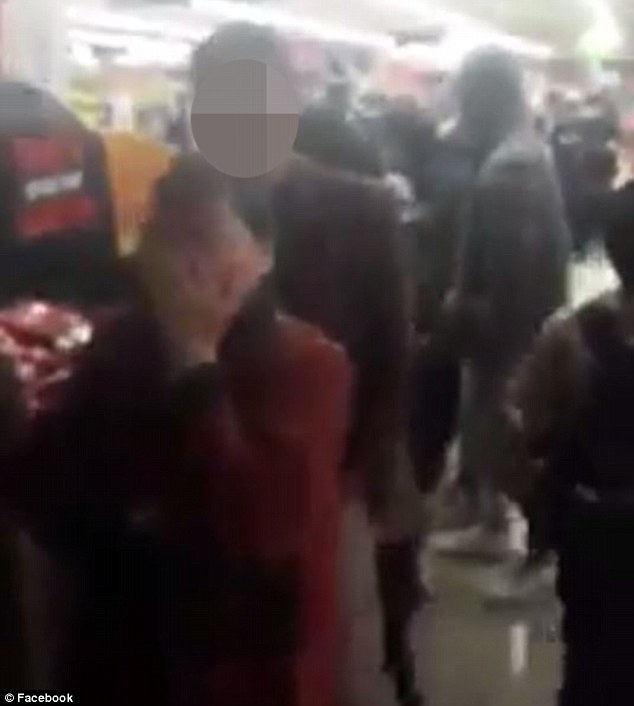 Shoppers were shocked to see a huge line of impatient customers almost the whole way down an aisle at a Woolworths in Box Hill, Melbourne, last week (pictured)

After grabbing a box from the pallet, which was piled as high as their heads, customers jogged towards the checkout – aware they were being filmed.

The boxes had arrived directly from suppliers and hadn’t even been opened when the impatient buyers formed a queue snaking through the store.

A man filming the stunning sight berated the line for buying so many tins of the sought-after formula just to make huge profits selling them online.

‘Look at all these people… this should be illegal,’ he said, as buyers covered their faces with their hands or hooded jumpers.

For several years, Australian parents have been outraged at the practice by Asian ‘daigous’, as few tins are left for their own children.

The video prompted a barrage of complaints to Woolworths after it was posted online over the weekend.

In response to the outcry, and to a similar video recently filmed in another Melbourne suburb, the supermarket was forced to reinstate a two-tins per customer policy as of next week. 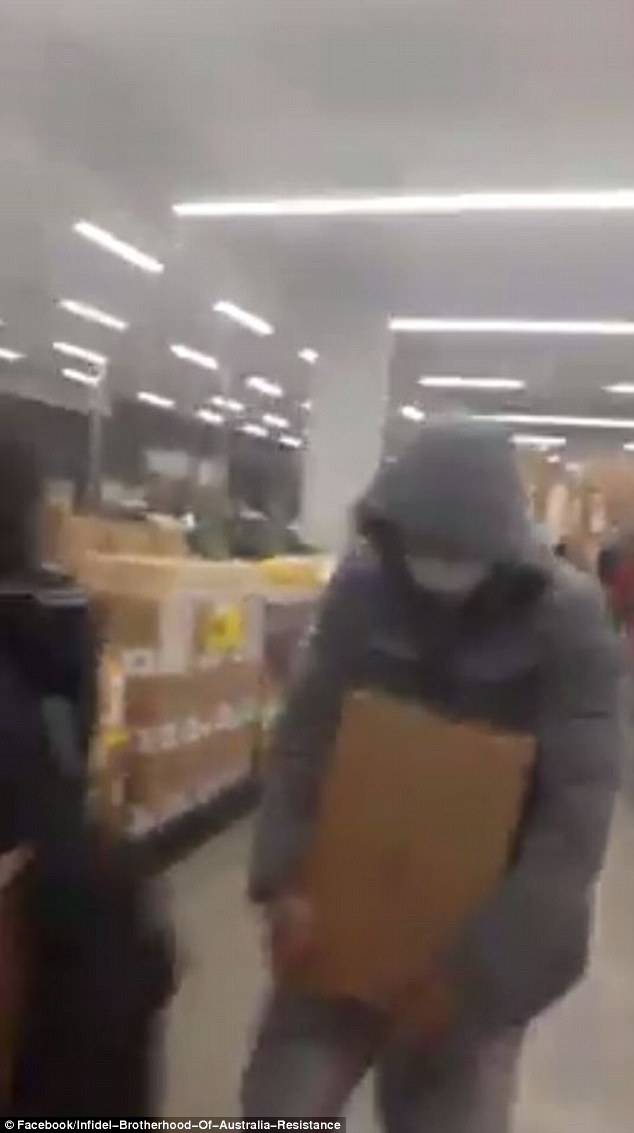 Customers queued almost to end of an aisle, prompting staff to simply stack the boxes on a pallet in the stock room’s doorway in preparation of the mad rush

‘We can confirm from next week the baby formula limit will revert to two tins per transaction,’ it said.

‘We’ll closely monitor our on-shelf availability and feedback from customers as we make this adjustment.

‘We encourage parents who find their chosen baby formula is not on the shelf to speak directly with the store manager for assistance.’

The second video was shot at a Woolworths in Chadstone and posted online last Sunday.

Woolworths raised the tin per customer limit from two to eight in August, boasting it was keeping up with supply.

Baby formula is lucrative market, with some people earning in excess of $100,000 per year after shipping off the tins to willing buyers in China.

Australia’s tough regulations mean the formula is of higher quality and well-off parents are willing to pay more than five times the supermarket price.