The ‘wrap hack’ calls for home cooks to slice their flat bread from the centre to one edge before filling it with their chosen ingredients. 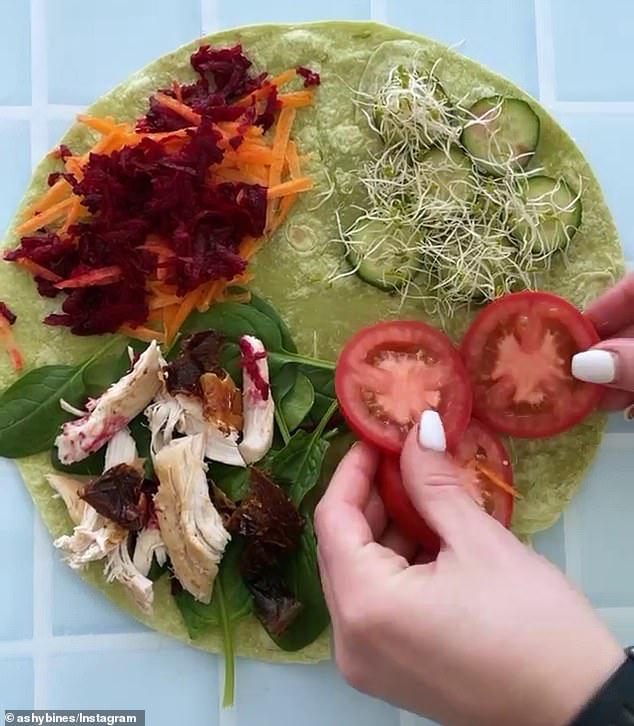 The cut makes it easier to fold and toast the wrap neatly later.

Ashy loads her wrap with fresh vegetables and chicken – making it a good source of protein, fibre and vitamins but also insuring it’s filling.

‘Having a few staple meals you love, that are easy to make and you always have the ingredients in your fridge and pantry I personally believe is a key to being really consistent and making your healthy lifestyle easier,’ she explained as she shared the recipe.

Before adding that the wrap always satisfies her and leaves her feeling full.

‘Fresh organic salad ingredients, roast chicken and a dressing. Hemp seeds or nutritional yeast for flavour and extra benefits, this is my go to,’ she said.

She then takes the first section, which was loaded with chicken and beetroot and folded it over the carrot before folding that over the sprouts and the tomatoes. 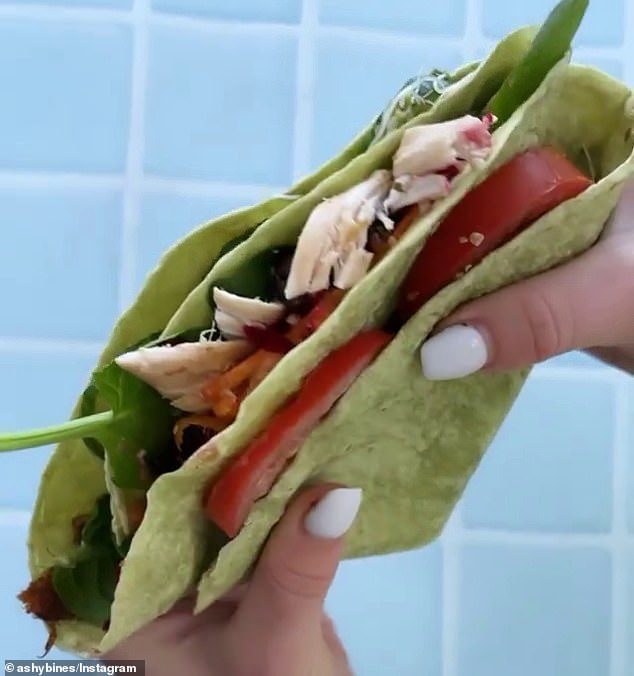 ‘Fresh organic salad ingredients, roast chicken and a dressing. Hemp seeds or nutritional yeast for flavour and extra benefits, this is my go to,’ she said 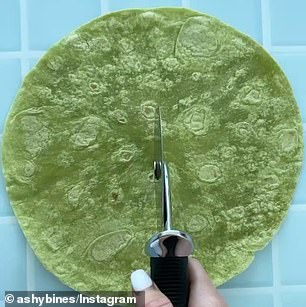 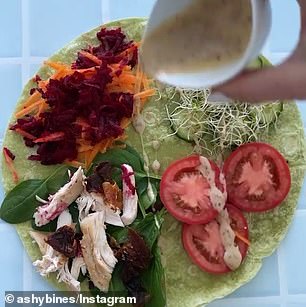 Australian fitness queen Ashy Bines who is known for her toned physique has revealed the workout she swears by to tone the inner thighs.

In a video shared with her one million followers, Ashy demonstrated the short training routine consisting of six exercises.

‘I get asked A LOT about inner thighs and abductor strength and I definitely find it harder as I’m very ITB (iliotibial band) and quad dominant!’ she wrote. 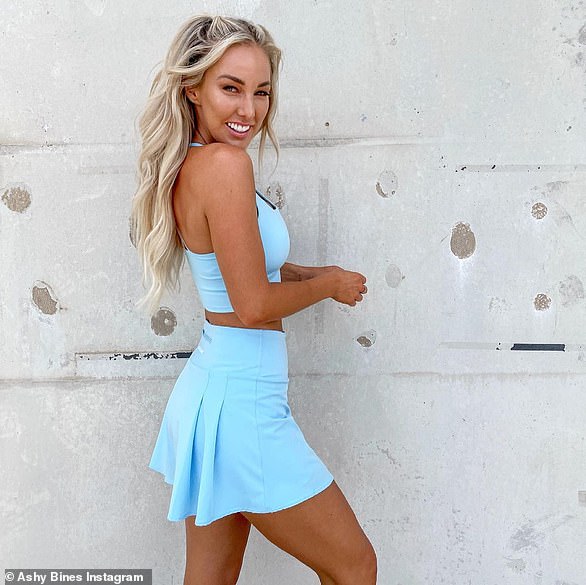 The three ten-minute rounds can be performed at home as limited gym equipment is required, and each exercise or leg raise should be pulsed for one minute.

Ashy first performed an elevated side lunge by placing her left leg on a chair and positioning the other straight down on the yoga mat.

Next, she completed one round of laying leg lifts by supporting her body with her forearm, tightening her core and raising her leg to the ceiling.

Using a light weighted medicine ball, she pushed it on the floor between her legs and took a huge sidestep.

When completing side sumo squat, Ashy recommended controlling the movement and ‘stay down moving side to side’ and placing your feet outwards.

Next, she performed a sumo squat pulse for one minute followed by a laying diagonal knee extension.

‘So awesome what you can do with minimal equipment or no equipment at all!’ she wrote.

This left Ashy with an easy-to-eat parcel and shows why the snack wrap hack went viral earlier this year.

The hack was taken over by dozens of high-profile influencers who filled it with everything rom KFC and left-over Mexican food to bacon and eggs and even marshmallows and chocolate.

It was later picked up by fitness influencers, like Ashy, who showed how to load a wrap with colourful, nutritionally rich ingredients for the most benefit. 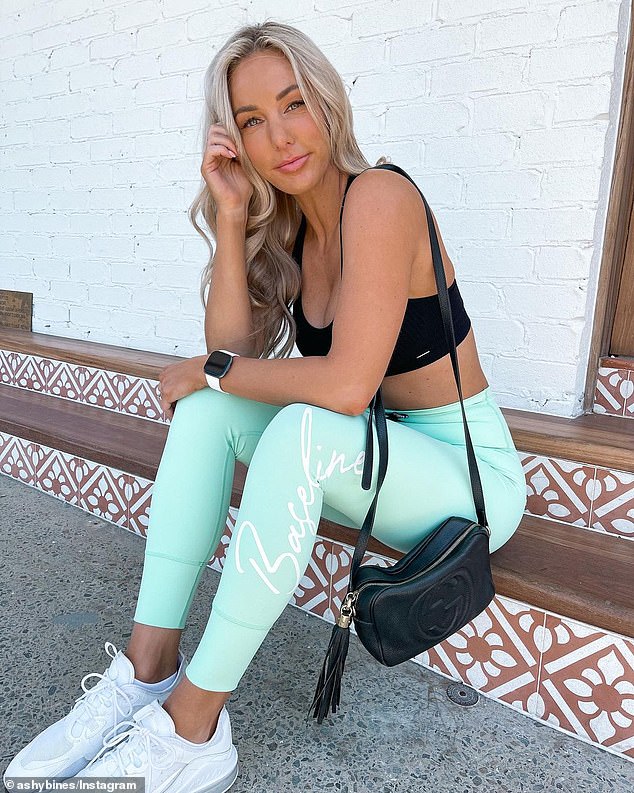 How can I recreate the viral snack wrap hack?

1- Cut from the centre to the edge of the wrap

2- Put heavy/hot filling, in this case chicken, in the quarter before the cut

3- Put lettuce in the next section

4- Put tomato in the next section

5- Add cheese to the final quarter

6- Add seasoning and sauce to taste

7- Start by folding the lettuce over the tomato

8- Continue folding in a clockwise motion

9- Toast until golden brown, then serve

And Ashy’s fans appeared to enjoy the snack wrap reminder, her video has been seen by more than 171k people with over 5000 of them taking the time to like the post or leave a comment.

‘You have gotten me addicted to these wraps, I just had a vegetable one,’ one of her followers said.

While another described the wrap in the video as their ‘dream wrap’.