An Asian American father who faced a stream of racist abuse as is family dined in a California restaurant said the Silicon Valley tech CEO only apologised to ‘save face’.

Michael Lofthouse, 37, was filmed gesturing at Raymond Orosa and his family in a Carmel Valley restaurant and saying ‘Trump is gonna f**k you’, ‘you f***ers need to leave’ and ‘you f***ing Asian piece of s**t’ before a server kicked him out.

Lofthouse, the British-born CEO of Silicon Valley IT startup Solid8, doubled down on the racist abuse in social media messages after the incident, writing ‘Leave our planet. Asian f**k. Come near me or my people and u r f***ing dead. Do not start. U f***ing piece of s**t.’

On Tuesday he wrote a groveling apology in a statement to DailyMail.com, saying ‘my behavior in the video is appalling’ and adding that he wanted to ‘deeply apologize’ to the Chan family.

But Mr Orosa – who was out celebrating his wife’s birthday at Bernardus Lodge and Spa’s Lucia restaurant – does not believe the apology was genuine and was just ‘saving face’. 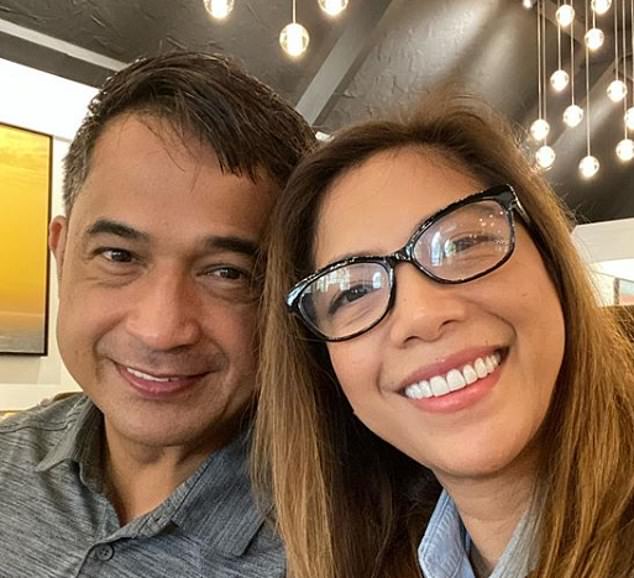 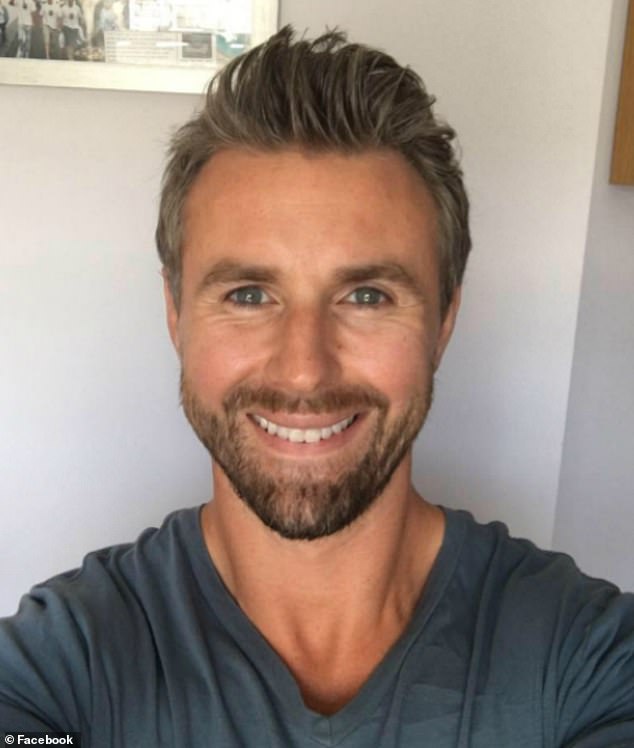 Michael Lofthouse, the British entrepreneur and founder of tech company Solid8, shouted racist abuse at an Asian family out to dinner on Saturday

He told ABC News: ‘I think he really meant what he said and what he did.

‘I don’t believe his words because his actions speak louder than the words he say.’

Even though the said the abuse he received was ‘full of hate and anger’, Mr Orosa says he has forgiven him.

It was this week revealed in court records that the CEO has a history of trouble after facing charges in 2016 for domestic battery, vandalism and damaging a telephone or power line. 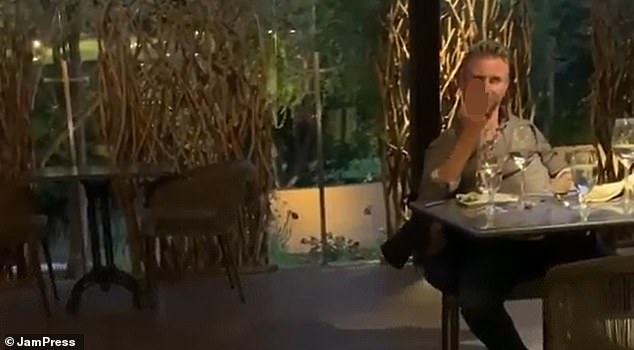 The Silicon Valley entrepreneur was kicked out of a California restaurant on July 4 for hurling racist abuse at an Asian family and yelling ‘Trump is going to f*** you’. He is pictured raising his middle finger to the family (above) 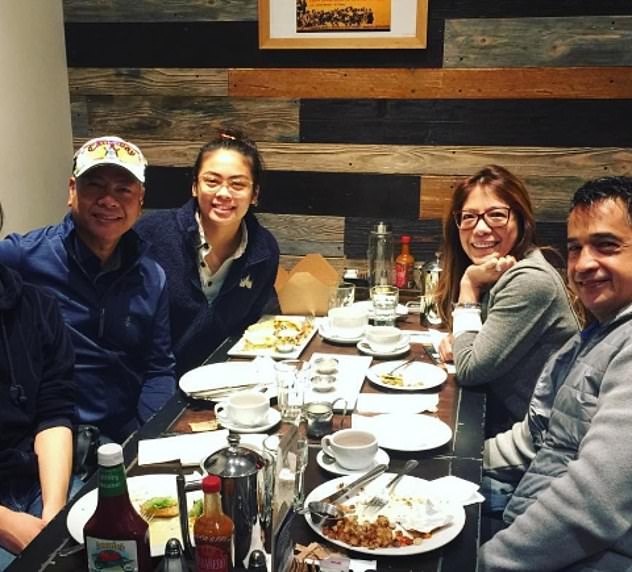 Jordan Chan (back left) posted the footage on Instagram. The family were celebrating the birthday of Jordan’s aunt Mari Orosa (back right with Raymond Orosa, front right)

Court records from July, 2016, obtained by DailyMail.com, show Lofthouse was found guilty of the vandalism charge and sentenced to two days in prison, three years probation and 80 hours of community service. The two other charges were dismissed.

A former female friend of the CEO – who fell out with Lofthouse – told DailyMail.com that the criminal record and the racist video showed him up as a ‘f***ing a**hole’.

‘You can see the details that are outlined in the public record,’ the former friend said.

‘He’s a f***ing atrocious person and I don’t want anything to do with him.

‘Obviously you can see the type of person he is and I want nothing to do with it.

‘I put this and him away five years ago,’ the former friend added, asking not to be named. ‘I’m not going to relive this because he’s a f***ing a**hole.’

In the clip, filmed by Mr Orosa’s niece, Lofthouse can be seen shouting racist abuse at the diners from the table opposite.

Jordan Chan – who was part of the party with Mr Orosa – wrote on Instagram that the ‘white supremacist’ businessman had begun harassing her family soon after they sang happy birthday to her aunt. 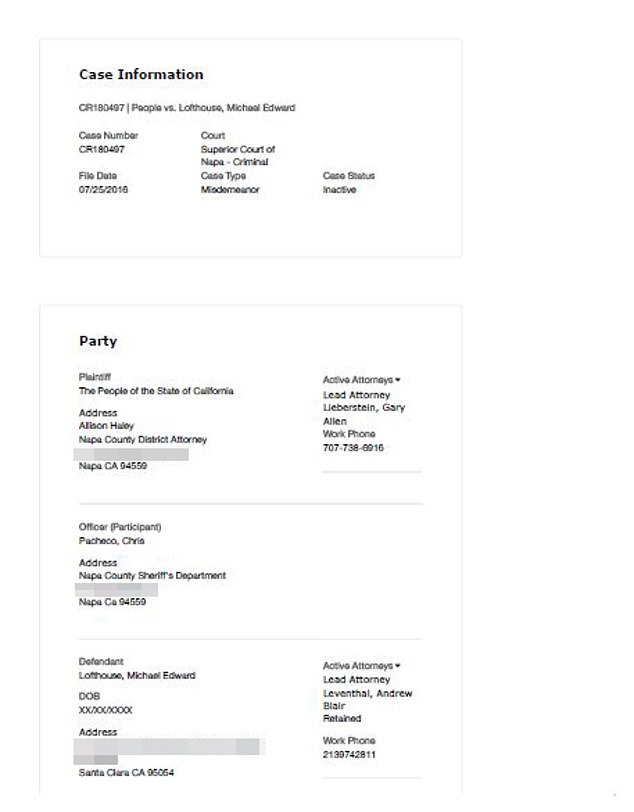 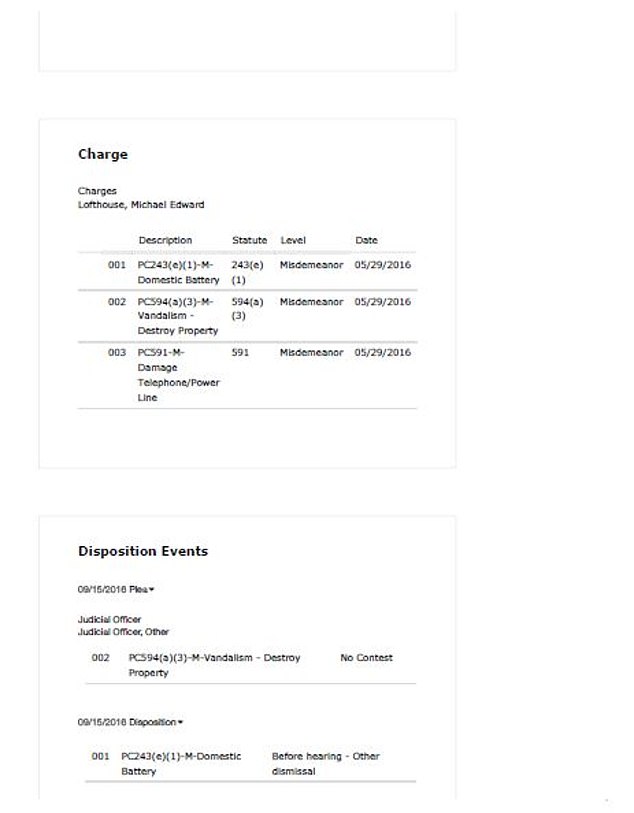 Lofthouse was found guilty of the vandalism charge and sentenced to two days in prison, three years probation and 80 hours of community service

Aside from the racist comments caught on camera, she said he also told them to ‘go back to whatever fucking Asian country you’re from’ and that ‘you don’t belong here’.

She added on the post that he ‘had a LOT more to say after I stopped recording’.

During his tirade a waitress is heard telling Lofthouse ‘to leave now’.

‘Get out of here,’ she shouts. ‘You are not allowed here. You do not talk to our guests like that.’

The video of the unsavory encounter was posted on social media Sunday and went viral after it was shared by pop star Kelly Clarkson.

Lofthouse later apologized, telling DailyMail.com: ‘My behavior in the video is appalling. This was clearly a moment where I lost control and made incredibly hurtful and divisive comments.

‘I would like to deeply apologize to the Chan family. I can only imagine the stress and pain they feel. I was taught to respect people of all races, and I will take the time to reflect on my actions and work to better understand the inequality that so many of those around me face every day.’ 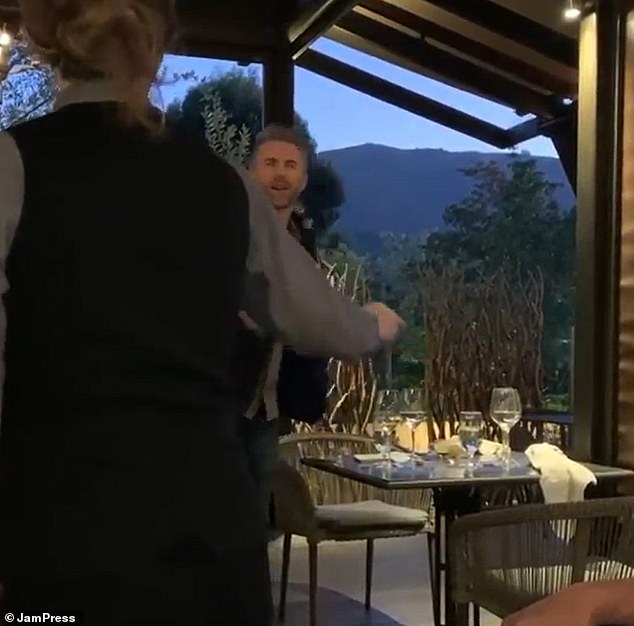 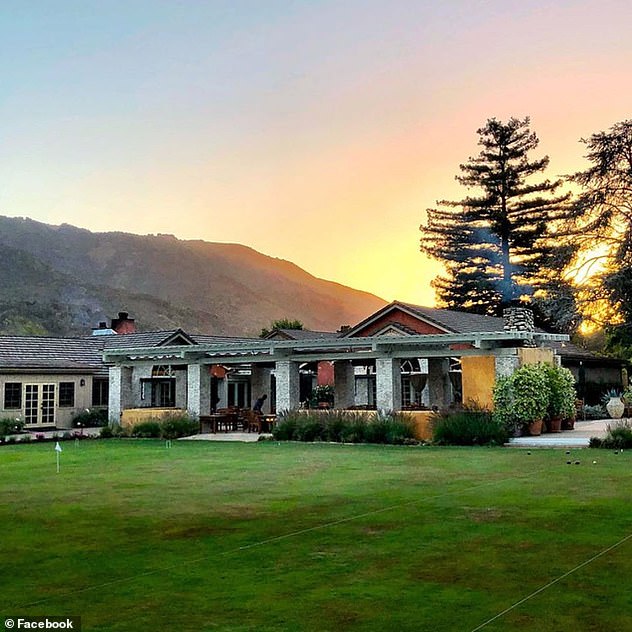 The Bernardus Lodge said they were sorry about the experience their guests endured at the restaurant but they were ‘proud’ of how their staff handled it.

‘This is an extremely unfortunate situation, however, we are proud of our staff at Lucia in keeping with Bernardus Lodge’s core values,’ said Sean Damery, the lodge’s vice president and general manager, in a statement to KION.

‘This incident was handled swiftly and the diner was escorted off property without further escalation.

‘We provide guests with a safe environment for lodging and dining, and extend our sincere apologies to the guests enjoying a birthday celebration on a holiday weekend.’

Lofthouse appears to have disabled his LinkedIn and Twitter accounts following the incident.

Lofthouse’s Solid8 is a cloud tech services firm launched in 2017.

The company’s offices are based near the financial district of San Francisco, California.

Solid8 aims to improve their clients’ computer systems and reduce their IT costs by offering network services, infrastructure or business services that store and access data and programs over the Internet rather than a computer hard drive.

On its website, the company, which also offers cyber security advice, boasts of having ’38 years of collective experience’ and says: ‘Our team are decisive problem-solvers, our breadth and depth of experience means we’ve dealt with most situations before – which means we move quickly from analysis to action, working as an agile team for each project, quickly drawing upon talent from across our global network of over 100 leading Cloud Providers.’

Solid8’s CEO is Briton Michael Lofthouse, who according to his now-deleted LinkedIn page, graduated from Newcastle Business School, associated with Northumbria University, in 2005 and emigrated to America in 2010.