ASK THE DOCTOR: What can I do about my painful coccyx?

While on holiday last September I hurt my coccyx after cycling. More than a year later, I’m still in pain. Is it worth seeing a physiotherapist, chiropractor or osteopath? Do I need an X-ray?

What you describe is coccydynia, a term for pain at the base of the spine caused by inflammation in and around the tailbone (coccyx).

I am sympathetic, for this chronic, nagging condition characteristically persists for months. It can take up to two years for the damaged tissue to heal fully and the condition to resolve.

The coccyx is a small, triangular structure at the base of the spine, made of tiny bones fused tightly with connective tissue. It is inflexible and functions as an attachment site for a number of tendons, ligaments and muscles.

Coccydynia often comes on after injury, such as falling down the stairs, or after childbirth. It can also occur after minimal, but repeated, damage — as in the case of injury from a bicycle saddle, or sitting for prolonged periods.

An injury to the coccyx or surrounding muscles and ligaments typically causes tenderness just above the buttocks. Sitting becomes painful and rising from a seated position can cause flare-ups. Even coughing can hurt. Dr Scurr says: ‘An injury to the coccyx or surrounding muscles and ligaments typically causes tenderness just above the buttocks. Sitting becomes painful and rising from a seated position can cause flare-ups’

That is because all of these increase tension in the muscles and ligaments in and around the coccyx, in turn triggering the inflammatory response and pain.

As for an X-ray, I don’t think this will add anything to the diagnosis as there is no fracture.

A special coccyx cushion is the first way of treating the problem. This takes the weight off the tailbone and can be particularly helpful if you are sitting for prolonged periods. You can buy these at pharmacies from around £10.

The next approach is non-steroidal anti-inflammatories such as ibuprofen. If this is ineffective, a local anaesthetic and steroid jab can be given by your doctor to reduce inflammation and pain.

I understand you have already tried these approaches, so I would suggest the next step is to see a physiotherapist. These specialists will work with you on exercises and stretches to strengthen the muscles around the coccyx which will help to reduce pain.

Osteopathy involves the manipulation of muscle tissue and bones. Chiropractic is similar, but I am not aware of any evidence for how these treatments work and wouldn’t recommend them — nevertheless some people find the experience soothing.

Your diagnosis is very clear, but, just like other forms of nagging musculoskeletal pain, such as tennis elbow, the damage takes a while to repair and symptoms can drag on. Nearly all cases recover within the year, two at the most. You should see an improvement.

My 46-year-old son has cancerous nodes in his thigh. I’ve heard some patients have had successful treatment with cannabis oil, but there has been no official UK guidance nor interest from pharmaceutical companies. What’s your opinion?

As you say in your longer letter, your son has been treated for kidney failure with a successful transplant, but now has cancer.

I suspect the malignant nodes have developed as a side-effect of the essential life-long course of immunosuppressant drugs your son needs after his transplant.

All transplant patients must have long-term immunosuppression and cancer is a real — albeit relatively unusual — complication of that. By definition these drugs disrupt the immune system, which looks out for rogue cells that might be the start of cancer.

Given what you’ve told me, your son has lymphoma (cancer of the lymphatic system). Despite my previous pessimism about chemotherapy, there is strong evidence for its curative effect in lymphoma and I hope your son is receiving the best possible care. 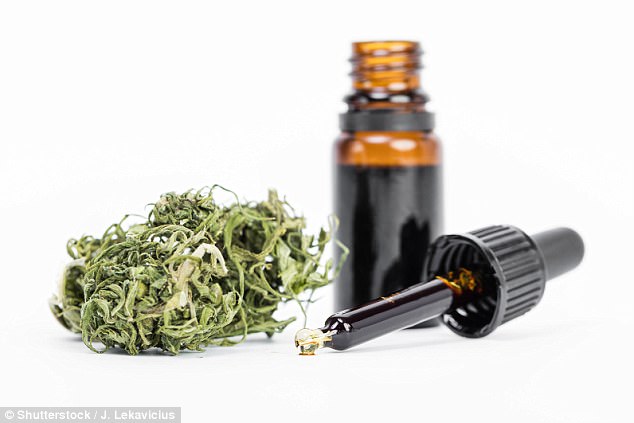 A parent asked if their son, who has cancerous nodes on his thigh, would benefit from cannabis oil

Cannabis oil contains cannabidiol (also known as CBD), one of 80 or more chemicals found in the cannabis plant. There is, as you say, anecdotal evidence of people using it to treat their symptoms — however this is unscientific, unvalidated and it could be dangerous for your son to be treated with it. The drug remains illegal.

The gold standard for evidence would be a double-blind randomised trial on a large number of patients. None even remotely close to this is available to prove the efficacy of cannabidiol.

Do bear in mind that all oncologists are driven to do the very best for their patients, adhering to evidence-based protocols and the latest guidelines from the National Institute for Health and Care Excellence (NICE).

I suggest the reason cannabidiol has not been approved for use in this way is because there is no evidence for its efficacy and safety, rather than any alternative motive from Big Pharma.

In fact, there are approved drugs which contain cannabidiol — for example nabiximols (known by the brand name Sativex), licensed for use to alleviate pain and muscle spasms in multiple sclerosis.

The medicine contains both cannabidiol and THC (tetrahydrocannabinol), another molecule from the cannabis plant. In this case there has been clear evidence to show this combination is safe and effective in these patients.

However, this is only licensed for the conditions listed and cannot safely be prescribed to treat anything else, including lymphoma.

Specialists are not suppressing the use of cannabidiol in cancer patients. There is every chance that they are engaged in research and yet so far progress is lacking.

Crucially, it is important that your son never uses any drug that might conflict with the immunosuppressants that maintain his transplanted kidney. Please stick to the advice he’s been given and do not be tempted by anecdotes.

By the way… we need real cookery classes in our schools

Living off junk food increases your chances of ending up in a care home and dying early; while switching to a healthier eating pattern, even as late as in middle age, can improve your health prospects.

That is the groundbreaking finding of a recent report in the Journal of Gerontology.

It does seem a little obvious but in fact I believe it’s missing a crucial point. 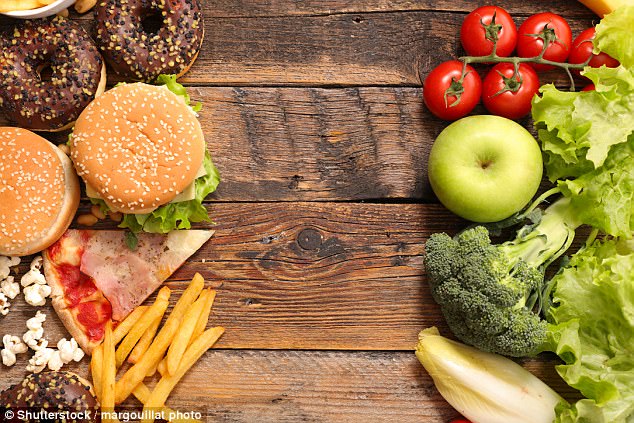 Living off junk food increases your chances of ending up in a care home and dying early; while switching to a healthier eating pattern, even as late as in middle age, can improve your health prospects

It is all very well telling people to change their long-ingrained eating habits for healthier regimens, but in my experience this is no easier than trying to get them to lose weight. Achieving permanent change is almost impossible.

The only strategy that will work is prevention — and it needs to start when people are far younger.

We need a more refined approach in the teaching of home economics in schools: educate and convert the children, and they will inevitably, in turn, influence their parents to make better dietary choices.

Teaching children about the journey of food from the soil to the plate so that they understand how food is created through the process of agriculture, and setting the details of that education in a framework of human biology should be the key to giving them lasting insights.

By doing this, the over-salted, over-sugared manufactured foods we see in the form of popular breakfast cereal products are more likely to be rejected for healthier options.

This, along with a commitment to regular exercise, is the only way the worrying levels of obesity can be reduced.