ASK THE GP: My fears over old mercury fillings, by Dr Martin Scurr

ASK THE GP: My fears over old mercury fillings, by Dr Martin Scurr

I am 75 and have had eight fillings since I was a teenager. A health practitioner has been urging me to have them replaced with healthier ones which don’t leak mercury and I would welcome your advice.

I am glad you have asked this question as it has arisen frequently during my years in practice, and I have followed the research on it with great interest.

Around ten years ago, when it seemed most of my patients were enquiring about their amalgam fillings, as they are known, I did have one unusual case — a film director who was making an advert that called for a pool of liquid mercury.

The heat from the lights used in filming meant that my patient was exposed to mercury vapour for some hours. So when, later that year, he developed numb and tingling feet, he wondered if the vapour had caused nerve damage.

While mercury is a liquid at room temperature, it is volatile: it evaporates easily and prolonged exposure to the vapour may result in lung, kidney and nerve damage

He was diagnosed with peripheral neuropathy — a type of nerve damage — but blood and urine tests showed mercury exposure was not to blame, although the actual cause was never established.

Returning to your question, silver-coloured amalgam fillings, which have been widely used for more than 150 years and are still common today, contain a mixture of silver, copper, tin and zinc, as well as mercury.

Mercury accounts for 50 per cent of the material and makes it soft enough to mould into cavities.

Once set, amalgam fillings are harder-wearing than modern white fillings — which are typically comprised of powdered glass and acrylic resin — so they are often used on the back teeth.

While mercury is a liquid at room temperature (think of a thermometer), it is volatile: it evaporates easily and prolonged exposure to the vapour may result in lung, kidney and nerve damage.

There have been claims that long-term exposure to even low levels of mercury is associated with degenerative neurological diseases such as Alzheimer’s, multiple sclerosis and Parkinson’s, but I must stress that studies have failed to find any evidence supporting these concerns.

Small amounts of mercury are released from amalgam dental fillings over time and then passed into the blood and organs, including the brain, but the average daily exposure is only about 10mcg — far below toxic levels. 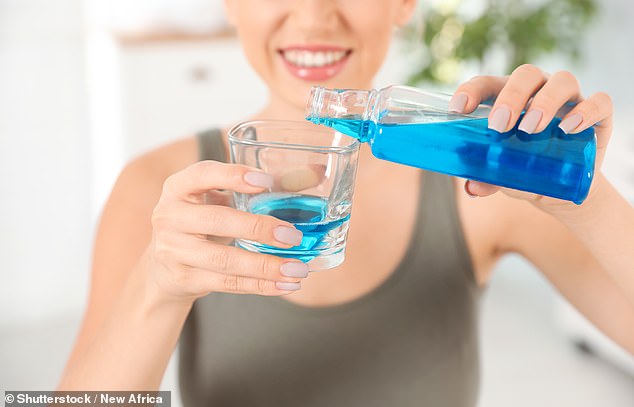 Did you know? Small amounts of mercury are released from amalgam dental fillings over time and then passed into the blood and organs, including the brain

To put it in context, those of us, like you, who have several fillings are exposed to far lower levels of mercury than we would be from the fish in our diets, should we eat swordfish, mackerel, dogfish and some other species which contain high levels as a result of mercury pollution in the seas.

The exposure from dental amalgam also gives us less than one hundredth of the daily quantity that is considered safe for factory workers involved in processes using mercury.

The question you have asked, whether mercury amalgam fillings should be removed, has been addressed in many studies.

The very act of drilling out the fillings — and often this is done not because of the toxicity of mercury, but for cosmetic reasons — creates vapour with a high concentration of mercury. This leads to levels of mercury in the blood that are far higher than in those with undisturbed fillings.

Removing and replacing a filling is also likely to further damage the tooth. Thus, experts are agreed that simply leaving amalgam fillings alone is safer than removing them.

I myself have six fillings which have been in place since the Sixties or Seventies. I take the view confirmed by my very careful and conservative dentist, that if it ain’t broke, don’t fix it.

IN MY VIEW: Gut bugs are the answer to tackling obesity

We could soon have a new and unexpected weapon in the battle against childhood obesity — the bugs in our guts.

The gut microbiota, the mass of bacteria, viruses, fungi and other micro-organisms that dwell in our intestines, is so large it weighs more than the brain. These microbes outnumber the cells in our bodies ten to one, so perhaps it should be no surprise that they can have a significant effect on health.

Indeed, studies have linked them to our immune and nervous systems and to a plethora of conditions, from depression to obesity.

It is fast becoming apparent that the wealth of research in this area will make a real difference to the way we treat patients.

A recent striking example concerns obesity. There have been few clues as to what can be done to alleviate this epidemic, but we know that a lack of microbial diversity in the gut — dysbiosis — has been observed in obese people.

Now, new data, published in the journal mBio, suggests that by studying the microbiota of children as young as two, we can predict who is likely to be overweight ten years later. This raises the possibility of screening toddlers to identify those most at risk.

Youngsters with gut microbiota thought to fuel weight gain could be given dietary advice designed to shut the door before the horse has bolted. This will not be about eating less, but eating differently — for example taking probiotics or eating more foods that fuel the growth of helpful microbes while starving those that feed obesity.

This type of tailored approach is not far over the horizon.