ASK THE GP: Why are my vitamin D levels so low – and how do I fix it?

I’m 50, with well-controlled type 2 diabetes. I have a healthy diet and regularly go out and about in daylight, but for some reason I don’t seem to be able to produce enough vitamin D.

I had a blood test after experiencing extreme tiredness, bone pain and recurring infections, and my vitamin D results were low (13ng/ml), so my GP prescribed tablets and my levels went up to 199.

I stopped taking the tablets but my levels plummeted to 12, and I’ve now been advised to continue taking them. Are some people unable to make vitamin D, and could taking supplements be masking an underlying health problem?

Many readers will be in a similar position — one study found that more than 40 per cent of adults in the UK had vitamin D levels below 20ng/ml (nanograms per millilitre).

Anything lower than 12 is considered a deficiency and requires treatment, as vitamin D is needed for the control of levels of calcium and phosphate (both important for bone and muscle health).

Life’s a beach! More than 40 per cent of UK adults have insufficient levels of vitamin D

Too little vitamin D can lead to osteoporosis, a greater risk of fractures, and even rickets.

It’s virtually impossible to get adequate vitamin D from diet alone. Very few foods, with the exception of the livers of oily fish, contain significant amounts.

It’s also found in red meat, liver and egg yolks, while some foods, such as cereals, bread and most spreads, are fortified with vitamin D.

UV light remains our main source of vitamin D. Sun rays kickstart production of the vitamin within our skin cells.

The amount of daily sunshine exposure required is difficult to predict: it varies with skin type, latitude and season.

I am told that in Scotland — where I live — sunshine exposure in winter, no matter how long you’re exposed for, is insufficient to create any vitamin D as the atmosphere at this latitude absorbs too much of the light needed. As a rule of thumb in the UK, your body is unlikely to produce any vitamin D from sunlight between October to March. 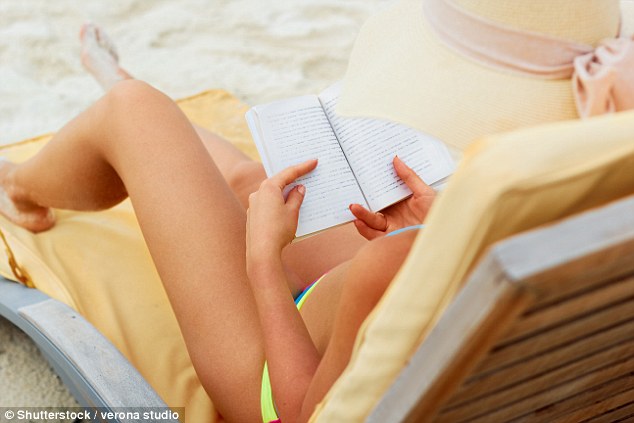 Get sunbathing: Too little vitamin D can lead to osteoporosis, fractures and even rickets

The good news is that even brief regular exposure during the summer months provides enough to fuel most people through the year. There are exceptions, though — people over the age of 65 are not as efficient at producing vitamin D, for instance. However, your diabetes is not a factor.

And let me reassure you that low levels of vitamin D are not in themselves a symptom of anything sinister. But it’s important to keep your levels at a healthy level, so I’d support your GP’s advice about continuing with a supplement — and include some of the foods I’ve mentioned above.

You should also make a concerted effort to expose your face, arms and legs to the sun whenever opportunities arise.

I’ve suffered with catarrh since my school days. I’m now nearly 73 and I still have it, and find it drips down and makes me cough, no matter what the weather. I’ve tried all the decongestants. Can you can help?

I spent more than ten years working in ‘The Nose Clinic’ at the Royal Brompton Hospital in London, and your complaint was probably the symptom that was most frequently encountered there.

Most patients referred to the clinic had already been subject to many different treatments for nasal catarrh — as well as nasal blockage, loss of sense of smell, persistent sore throat, snoring, or cough — without benefit.

A study of thousands of referrals over a number of years revealed that 90 per cent of such patients were actually suffering from an undiagnosed allergy. 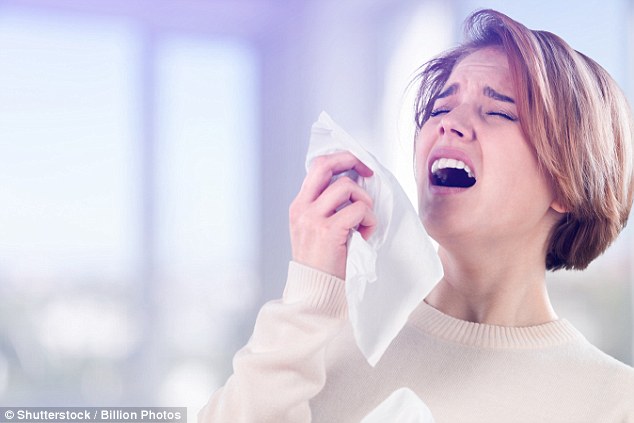 Fact: If the skin around any of the dots of fluid swells, reddens or becomes itchy, that denotes a positive response to that allergen

Your medical history is important: your symptoms have persisted, all year round, for more than five decades, which makes me think you may be allergic to something in your environment.

To identify the cause, you should be referred for skin tests, which involve the application of tiny dots of allergens (concentrated solutions containing substances that might be causing allergic responses) along the forearm.

If the skin around any of the dots of fluid swells, reddens or becomes itchy, that denotes a positive response to that allergen.

You might well ask why previous treatments haven’t helped you with this ‘allergy’: after all, it’s likely that some of the decongestants you’ve tried will have contained antihistamines, which would normally be expected to suppress the chronic grumbling allergic response.

However, our experience in the clinic was that not all patients respond to the commonly used antihistamines. And, indeed, most of our patients needed treatment with nose drops containing a steroid, beclomethasone.

If correctly applied, this is far more effective than if it is administered via a nasal spray (as you would buy it over the counter in a hay fever remedy). As for correct application, this involves what we call ‘the head down and forwards position’ — you can easily find an exact description of this on the internet.

Using these drops for a month should be effective. However, long-term use can cause side-effects such as excessive nasal dryness or nosebleeds, so it’s essential you have a regular review every three months with your GP (assuming the treatment does work and that you remain on continuous treatment).

While your GP may be happy to prescribe the steroid drops, there is, however, another treatment which I prefer. This is a nasal spray that contains a combination of a steroid (fluticasone) and an antihistamine (azelastine), which is available on prescription as Dymista.

It appears that azelastine, the antihistamine, also has an anti-inflammatory effect which, when combined with the steroid, is extremely effective.

I suggest you ask your GP to allow you a trial of this medication: it is expensive and available only on prescription, but using it may greatly improve your quality of life.

IN MY VIEW…FOOD CAN BE THE BEST MEDICINE

‘Let food be thy medicine and medicine be thy food’ is perhaps one of the best-known dicta of Hippocrates, the father of Western medicine.

It’s a phrase I’ve used previously in these pages, expressing regret that student doctors have almost zero training in nutrition during their six years at university.

Given that we are the most obese country in Europe, with 27 per cent of our population officially obese and with excess weight driving heart disease, diabetes, stroke and some forms of cancer, we clearly need to do something to address what and how we as a nation eat.

Yet by virtue of their training — or lack of it — GPs have remained peculiarly ill-equipped to help with this task. However, at last the world is changing and I rejoice at the arrival of Culinary Medicine UK, a not-for-profit organisation that aims to teach doctors more about both how to cook and the importance of nutrition — a marriage of the art of cooking with the science of medicine. The idea is they can then pass on their knowledge to patients.

Founded by Rupy Aujla, a GP in Primrose Hill, North London, it promotes the idea that what we eat is one of the most important factors for better health.

At last! But surely it must be time that this same philosophy is also allowed to permeate the teaching of home economics in schools. If both are permitted to gather pace, I have no doubt it would be a new way of bringing economy and efficiency to the NHS.