ASK THE GP: Why do I need the loo so often in the night? Dr Martin Scurr answers your questions

I have nocturia and during the night I need to urinate every hour. It’s as if fluid accumulates during the day and wants to be released when I am in a reclining position. I believe that my lymphatic system is sluggish. I am a 90-year-old female in excellent health and am not on any medication.

Nocturia is the term used when people wake two or more times in the night in order to empty their bladder.

It’s a common problem, and as it disturbs sleep, it is significantly detrimental to health and is associated with lower mental and physical well-being.

Did you know? Women with nocturia may also have other urinary tract problems that lead them to go to the loo more than normal during the day, too

Women with nocturia may also have other urinary tract problems that lead them to go to the loo more than normal during the day, too. These include stress incontinence or overactive bladder syndrome (characterised by a sudden urge to urinate).

You tell me in your longer letter that you are passing a total of 1.4 to 1.7 litres of urine during the night and very little during the day, which is an unusual pattern.

It’s referred to medically as nocturnal polyuria and is a hormonal problem, involving arginine vasopressin (AVP).

This hormone helps ensure we don’t dehydrate by stimulating the kidneys to reabsorb water. As a result, the urine is more concentrated, economising on water loss.

Normally, the body releases more AVP in the evening, which helps reduce the output of urine at night (and so ensures sleep is not disturbed).

However, from around the age of 60 or 70, we all, to some degree, stop producing higher levels at night. I suggest this is what’s happening in your case rather than it being down to a ‘sluggish’ lymphatic system.

You produce less anti-diuretic hormone as you age. This is a chemical that your body makes to help hold onto fluid at night, so you make less urine.

Lower levels of this hormone mean that more urine is produced at night.

In men, the prostate gland often starts growing with age.

This gland surrounds the urethra (the tube that urine passes through before exiting the body).

An enlarged prostate can press on your urethra and prevent your bladder from emptying properly, so you need to pass urine more often.

However, there could be other additional factors at work here. The fluid accumulation might suggest some degree of heart failure.

When the heart doesn’t pump efficiently, this can lead to fluid retention and oedema (swelling) of the feet and ankles as the failing heart generates a hormone called B-type natriuretic peptide which reduces kidney function and causes salt and water retention.

Lying down means some of that retained fluid can re-enter the blood vessels, leading to an increase in urine output. That is why, in part, those with swollen ankles note a degree of improvement overnight.

This does seem to mirror your description. Although you say you’re otherwise in good health, at the age of 90 some degree of heart failure is not unusual. However, I believe the nocturia to be the result of lowered AVP levels.

Treatment is a synthetic version of AVP, as a tablet or nasal spray. Taken two hours before bedtime, it causes a reduction in urine volume, followed by an increase in urine output the next day.

However, use of this drug is not advised over 65 as there is a risk of adversely lowering blood sodium levels, which can be dangerous, particularly in those taking medications such as diuretics, non-steroidal anti-inflammatories and antidepressants, or those with cardiac problems.

My advice is that you discuss your troublesome symptoms with your GP: it might be that referral to a kidney or heart specialist, or an endocrinologist, could be helpful for expert advice.

I have pains in my hands that make it hard even to press the keys on a keyboard. I also have problems with my ankles and knees. I have exercised all my life and do not want to give up as I am only 50, but any strain on my body results in another ache that simply won’t go away. My rheumatoid factor is high but no rheumatism was found at a recent investigation. So why do my bones and joints hurt?

I am puzzled by your comment ‘no rheumatism was found’.

Rheumatism is not a diagnosis; it refers, in an ill-defined way, to aches and pains. What you are describing is polyarthropathy, a condition in which multiple joints are involved, but for which there is as yet no diagnosis. There are many possible causes, ranging from an infection in a joint to post‑infectious arthritis — a form of arthritis triggered by a reaction to an infection.

Diagnosis is simpler if there is a synovitis — swelling of the soft tissue around affected joints, warmth in the area and reduced range of motion — as this limits the number of possible causes. 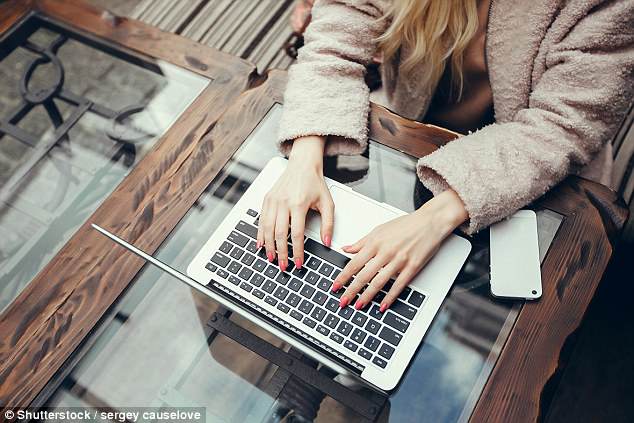 Do you have it? Polyarthropathy is a condition in which multiple joints are involved, but for which there is as yet no diagnosis

In one study, 60 per cent of the patients with synovitis had rheumatoid arthritis (an autoimmune condition in which the immune system starts to attack the joints), ankylosing spondylitis (a form of arthritis caused by inflammation of the spine) or psoriatic arthritis (which affects patients with the skin condition psoriasis).

With rheumatoid arthritis, symmetrical joints are normally affected, and this, to me, sounds to be what you are describing.

There is no definitive test. Some, but not all, with the condition will have raised levels of the antibody rheumatoid factor or of another antibody, anti-cyclic citrullinated peptide. Both are measured with a blood test.

We also measure markers of inflammation to help distinguish between non-inflammatory pain disorders (such as fibromyalgia) and inflammatory conditions such as rheumatoid arthritis.

In up to a third of patients, symptoms develop gradually, and a positive diagnosis may not be reached for weeks or months after the first signs are noted.

Even so, if rheumatoid arthritis is suspected, treatment can be started to ease symptoms, and tests repeated every month or so.

At present, your symptoms could be managed with non-steroidal anti-inflammatory drugs, such as naproxen, and possibly steroids, such as prednisolone, to reduce any swelling.

Some rheumatologists would include a disease-modifying anti-rheumatic drug such as a weekly dose of the immuno-suppressant methotrexate that works by subduing the immune response.

I’m hoping you’ve already been referred to a rheumatologist, and that steps have been taken to bring about a significant reduction in your pain.

IN MY VIEW…CHANGING DOCTORS RUINS LIVES

Can you imagine allowing one surgeon to start an operation only for them to hand over midway to another?

It would compromise the patient’s safety and the success of the surgery, so would only normally happen in an emergency.

Yet this scenario happens in general practice day after day. It is very rare these days for a patient with any number of ongoing health issues to be seen by the same GP even twice on the trot.

The value of continuity of care — seeing the same doctor as often as is feasible — was underlined by a study published last year, which showed that people over the age of 65 were twice as likely to require an urgent hospital admission if they had poor continuity of care compared with those who had a high level of continuity.

The ability to give the best care, to minimise complications and errors, is dependent on knowing the whole person: the personality, the family relationships and the social situation. This makes for more effective medicine than scanning a patient’s notes.

Patients also prefer continuity: it gives them greater confidence in their doctor, facilitates communication and is an incalculable boost to morale for both the patient and the doctor — all of which improves outcomes. Yet over the past five years, the number of patients able to see their own GP has dropped by 25 per cent, according to a recent study in the British Journal of General Practice. This is an inevitable result of the rising workload and the scarcity of doctors in general practice.

Part of the issue is money, but so, too, is a move away from seeing continuity as important. Surgeries now open longer, but the price is being less likely to see the same GP.

We need to rethink what matters. It’s a sad world in which people are likely to have a better relationship with their hairdresser than with their general practitioner.