ASK THE GP: Why does using a mobile phone give me headaches?

Increasingly, I feel dizzy and develop a headache when using my mobile phone for any length of time, yet when I talk on a landline I am absolutely fine. My doctor said it might be a new illness called electrohypersensitivity. Do you know anything about this? He said there seems to be increasing numbers of people with it.

This is a very interesting question. It is true that more and more people do believe that their health is suffering due to a hypersensitivity to electric or magnetic fields, including those caused by fluorescent lights, mobile or cordless phones, Wi-Fi, and power lines.

One UK study of 20,000 people found 4 per cent thought they were affected.

Yet I must make plain that electromagnetic hypersensitivity is not a recognised medical diagnosis, nor is there yet any scientific explanation for the symptoms that some individuals attribute to it.

Did you know? Electromagnetic hypersensitivity is not a recognised medical diagnosis, nor is there yet any scientific explanation for the symptoms that some individuals attribute to it

These vary widely, but typically the skin is affected, with redness, tingling, and burning sensations.

In a sense it’s not a ‘new’ illness, as the potential health risks caused by radiation — whether from high-voltage powerlines, video display units, TVs, mobile phones, microwave ovens and other technologies — have been under discussion for some 30 years.

But after receiving your letter I studied the proceedings of the international workshop on electromagnetic field (EMF) hypersensitivity that was held in October 2004, and published by the World Health Organisation in 2006 which was the first significant review of this subject.

Subsequently it’s been recognised that the EMF levels which appear to cause symptoms in some are well below the currently recommended maximum exposure levels.

There have been a number of studies that have attempted to demonstrate a causal link between EMF exposure and the symptoms described above, but these experiments have consistently failed and many therefore believe that the reactions are psychosomatic: in other words, driven by brain mechanisms. This doesn’t mean I think your symptoms are not real — far from it. 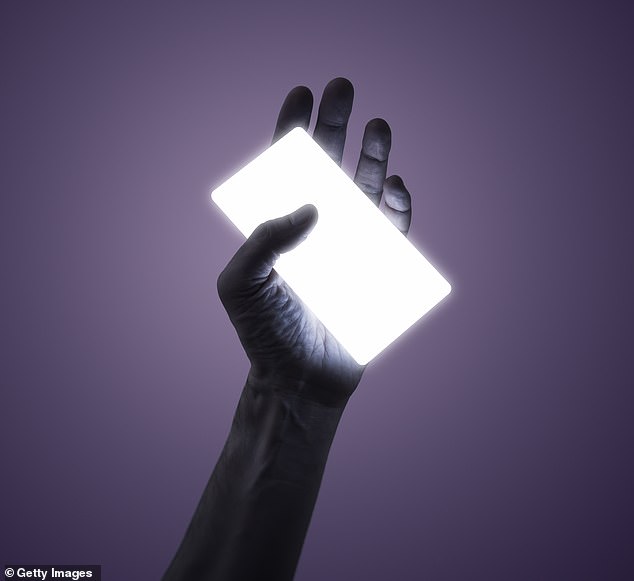 Fact: The potential health risks caused by radiation — whether from high-voltage powerlines, video display units, TVs or mobile phones — have been under discussion for some 30 years

For this reason, cognitive behavioural therapy (CBT), a form of talking therapy has been studied as one way to control or reduce symptoms. Evaluation of this has been limited, although it’s potentially useful in easing the patient’s distress.

My advice is to minimise your use of a mobile to see if this makes a difference.

You might also want to minimise other wireless technologies in your house, for instance, making sure that your phone charger is away from your bedroom.

The reassurance is that there is research under way, with a great deal yet to learn about this mysterious condition.

I’ve been diagnosed with a bowel condition, diverticulosis. Is there any treatment or cure, other than diet? The feeling of always needing to go to the toilet is causing a lot of discomfort.

A diverticulum is a pouch-like structure formed on the wall of the colon — ‘diverticulosis’ is where there are multiple diverticulae, anything from a scattered few to even hundreds of these bubble-like pouches.

Twenty per cent of people aged 40 will have a few diverticulae, and 60 per cent of those aged 60 will be affected, yet most people have no idea they have them as they remain symptom-free throughout life.

Problems occur, when, for example, the walls of one or more of the diverticulae become infected — this is then referred to as diverticulitis. This may be caused by increased pressure in the colon as a result of faecal debris becoming trapped.

The symptoms commonly include pain in the left lower abdomen, fever, and upset bowel function — either constipation or diarrhoea.

About 10 per cent of those with diverticulosis may develop urinary tract infections (UTIs) because of the proximity of the bladder to infected diverticulae — the large bowel nestles against the wall of the bladder and with the two surfaces in direct contact, one inflamed surface will stick to the other and transmit inflammation, even infection.

Such infections will normally settle with antibiotics, but at times an abscess may form in a pouch which may lead to peritonitis, an infection of the peritoneal cavity — the peritoneum is the membrane that lines the entire abdomen.

Blood may appear in the stools if an artery in the wall of a diverticulum is eroded —normally as a result of age. This occurs in between 5 and 10 per cent of patients.

Once the diagnosis has been made there is no treatment that will get rid of these pouches.

Most doctors urge their patients to increase the fibre in the diet which softens stools and may help prevent the development of yet more diverticulae. Other measures such as antispasmodics and probiotic supplements may minimise symptoms and, hopefully, prevent complications.

Your symptom of constantly needing to empty the bowel is called tenesmus. This has a number of causes which include diverticulosis (as inflammation in the bowel wall can prompt muscle contractions) but also irritable bowel syndrome, inflammatory bowel disease (such as ulcerative colitis), colon infections and cancer.

I hope you’ve been fully investigated, with a sigmoidoscopy (when a viewing instrument is used to inspect the rectum and lowest part of the colon), or full colonoscopy (a visual inspection of the entire colon).

The possibility of two common conditions coexisting must be considered as tenesmus is not a regular feature of diverticulosis, and diverticulosis is most commonly symptom-free. So I would discuss your continued discomfort with your GP.

IN MY VIEW: START GOOD HABITS EARLY ON IN LIFE

Health Secretary Matt Hancock has noted that we spend almost £100 billion annually on treatment, but less than £10 billion on the prevention of ill health and he’s announced a new era of prevention as a pillar of the NHS Long Term Plan.

It is a first step — but I don’t feel he is going far enough. The NHS accounts for more than 23 per cent of spending on public services but this is predicted to rise to nearly 40 per cent. It is a lot of money, but our performance for many basic measures to improve the nation’s health lags behind that of many countries.

UK survival rates for breast cancer are a decade behind France and we are second only to Bulgaria for worst five-year survival for lung cancer.

Mr Hancock is determined that prevention will, in part, come from people taking greater care and accepting greater responsibility for themselves. Fair enough. Yet, while no one would dispute the need to encourage more people to take measures to improve their well being I urge him and those at the top of the NHS to liaise with equal determination with their peers in education, for this policy of prevention must start with children at school.

What we need is funding for learning about food and nutrition, and reinstating a programme of sport and exercise — now sadly lacking with only one in 30 children getting the amount of physical activity recommended by the Chief Medical Officer, reports the Journal of Physical Activity & Health.

Surely to turn the health of the nation we need to teach the next generation not just how to read and write but also what steps to take to ensure their life is a long and healthy one.