Thrifty fashionistas race to buy a $20 dress that can be worn 12 different ways – so how would you wear yours?

A budget-friendly dress that costs less than a takeaway pizza has gone viral on social media thanks to its remarkable versatility.

The $20 (AUD) ‘Halter Cross Front Mini Dress’ from fast fashion website ASOS can be worn 12 ways by twisting the straps into different silhouettes.

Made from a jersey-like material of viscose and elastane, the figure-hugging party dress can be styled as a mini or midi, one-shoulder, cold-shoulder, cap sleeved, plunging or halterneck – whatever you decide on the night.

British influencer Lydia Rose showcased its potential in a recent Instagram video, showing fans how to arrange the fabric so that it looks like a completely different dress each time you wear it. 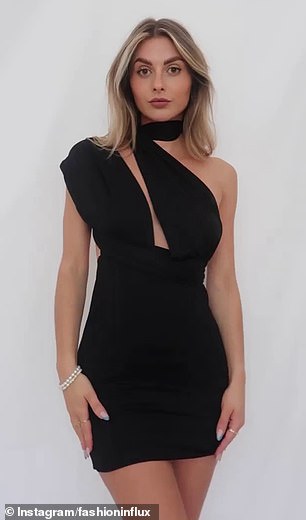 How would you wear yours? The $20 (AUD) ‘Halter Cross Front Mini Dress’ from fast fashion website ASOS (pictured) can be worn 12 ways by twisting the straps into different silhouettes

How would you wear the ASOS multiway dress?

The clip, which has amassed 39,831 ‘likes’ since it was uploaded online on July 13, sparked dozens of delighted responses.

‘I’m so impressed,’ one viewer wrote.

‘Wow!!!’ added a second, while a third tagged her friend and said: ‘We need this!’

Others praised ASOS for creating an affordable piece that can be recycled into different looks – a rare feat from a fast fashion retailer.

The now-viral video sparked a rush on the dress, which has sold out in every size except size 18.

And it’s not the only piece from an e-commerce platform attracting attention on Instagram this month. 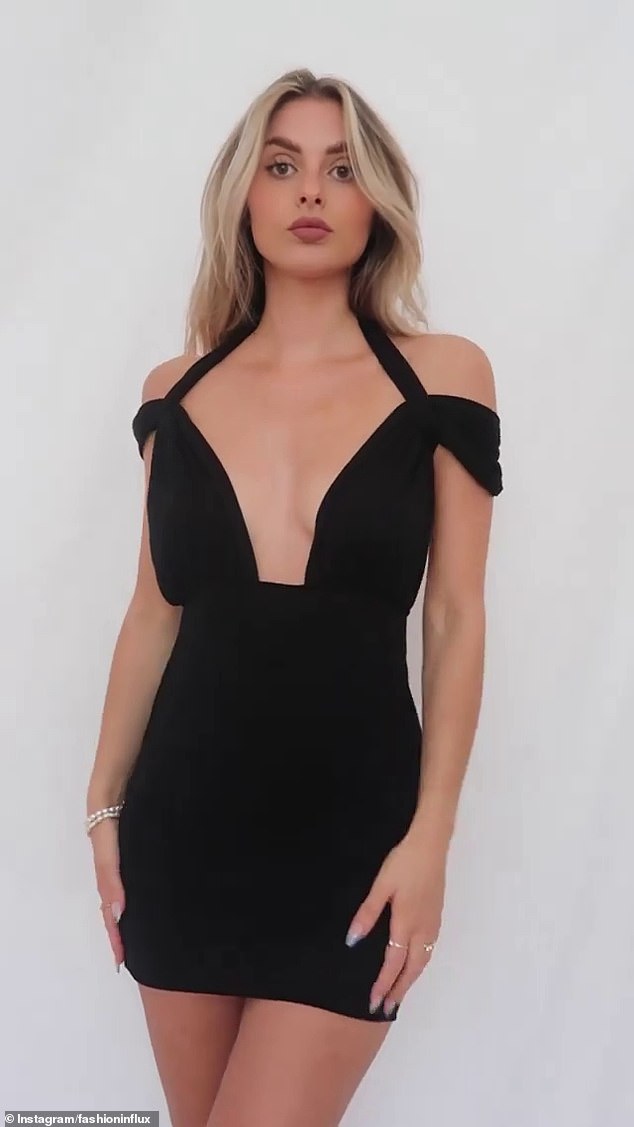 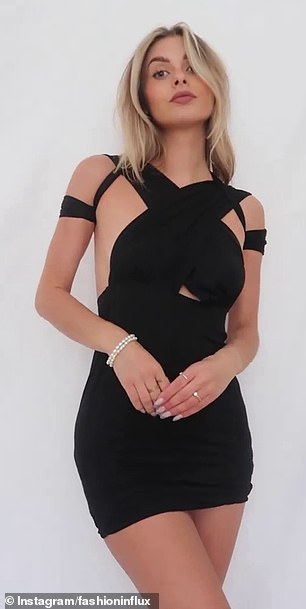 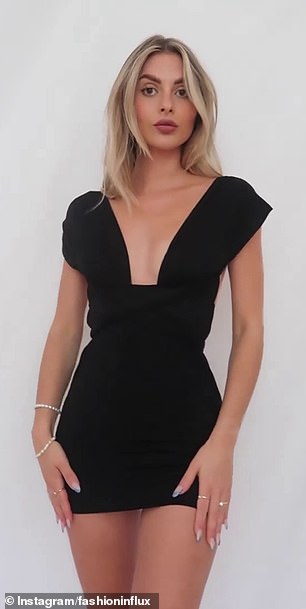 Last week, Australian bikini model Hannah Polites stunned fans by wearing the same $69.95 midi-dress in photos taken during and after her third pregnancy.

The 30-year-old took to Instagram to share side-by-side snaps, the first captured when she was 38 weeks pregnant and the second four weeks after delivering son, Oakleigh Banks.

The Queensland model, who also works as a midwife, wore the same beige button front midi-dress in both photos to show how it fits her dramatically different shapes to a tee.

’38 weeks in [to] four weeks out. Still the same sleepy little crumpet he was on the inside,’ Ms Polites wrote in the caption. 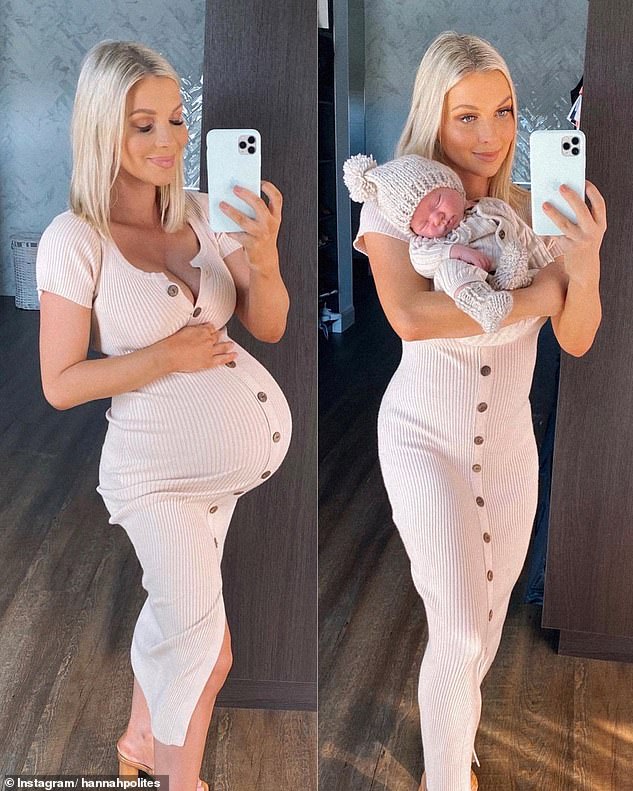 Australian bikini model Hannah Polites stunned fans with these photos taken during (left) and after her third pregnancy (right) with son, Oakleigh Banks

Fans were amazed by how the dress adapted to Ms Polites’ changing physique, with one woman raving about the quality of the buttons which were strong enough to withstand the pressure of her baby bump.

‘What dress brand is this! The integrity of those buttons!!!!’ she commented.

Ms Polites replied that the frock was designed by Sydney label, Esther and Co.

The ‘Audrie’ dress is available to order from the maternity section of the brand’s website, but only extra small sizes are left in stock.

Another woman said the photos were ‘amazing’, while others marvelled at Ms Polites trim post-partum figure.

‘Girl you have some super genes in your family because very few women bounce back like that so quickly!’ one wrote.