The war has devastated Syrian cities including Raqa, where a Kurdish-led force expelled Islamic State group fighters this month

Syria’s President Bashar al-Assad has regained the upper hand after six years of conflict, but his regime faces a tough diplomatic fight against international isolation and negotiations with newly powerful Kurds.

“The regime has indeed militarily regained control of large swathes of Syrian territory, but speaking of a political and diplomatic victory would be exaggerated and premature,” said Karim Bitar of the Paris-based Institute of International and Strategic Affairs.

Bolstered by a military intervention by ally Russia that began in 2015, Assad’s government now controls 52 percent of the country.

The area held by the regime is home to two-thirds of the country’s current population of 17 million, according to Syria expert and geographer Fabrice Balanche.

The rest of the country remains carved up between rebel factions, the Islamic State group and Kurdish forces.

The advances, paired with the weakness of moderate rebels against more extremist elements in the opposition, have left Assad’s regime back on top.

“There is no question that the regime has won the strategic war,” said Hassan Hassan, an expert at the US-based Tahrir Institute for Middle East Policy.

“The tables have turned in that sense.”

But Hassan said the prospects for enduring peace in Syria were still slim for now.

“I think there will be some sort of insurgency that will continue for many years — jihadists or non-jihadists,” he said. 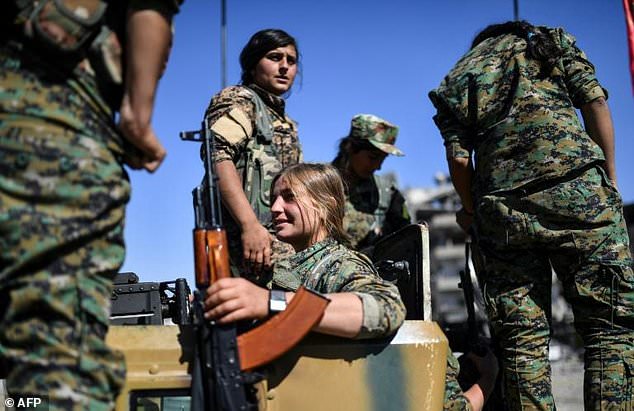 Kurdish women fighters of the Syrian Democratic Forces in Raqa on October 19, 2017, after retaking the city from the Islamic State group

Syria’s war has proved stubbornly immune to international efforts to resolve it since it began with anti-regime protests in March 2011.

More than 330,000 people have been killed in the violence since then, and successive rounds of peace talks overseen by three different UN envoys have yet to bear fruit.

The latest round of talks between the government and opposition is scheduled for November 28 in Geneva, but it remains unclear how much the track can achieve.

It has been largely overshadowed by a separate so-called Astana track, organised by government allies Russia and Iran along with rebel backer Turkey.

The Astana talks, which resumed on Monday for two days, have produced so-called “de-escalation zones” where violence has subsided.

Negotiations have long been hamstrung by the fundamental disagreement between the regime and the opposition over Assad’s fate.

The opposition has consistently demanded that he step aside, over adamant regime refusals.

US Secretary of State Rex Tillerson said last week, after a UN report blamed the April sarin gas massacre in Khan Sheikhun on the regime, that “the reign of the Assad family is coming to an end”.

But “the mood in Europe has changed considerably in the past few years”, said Bitar. 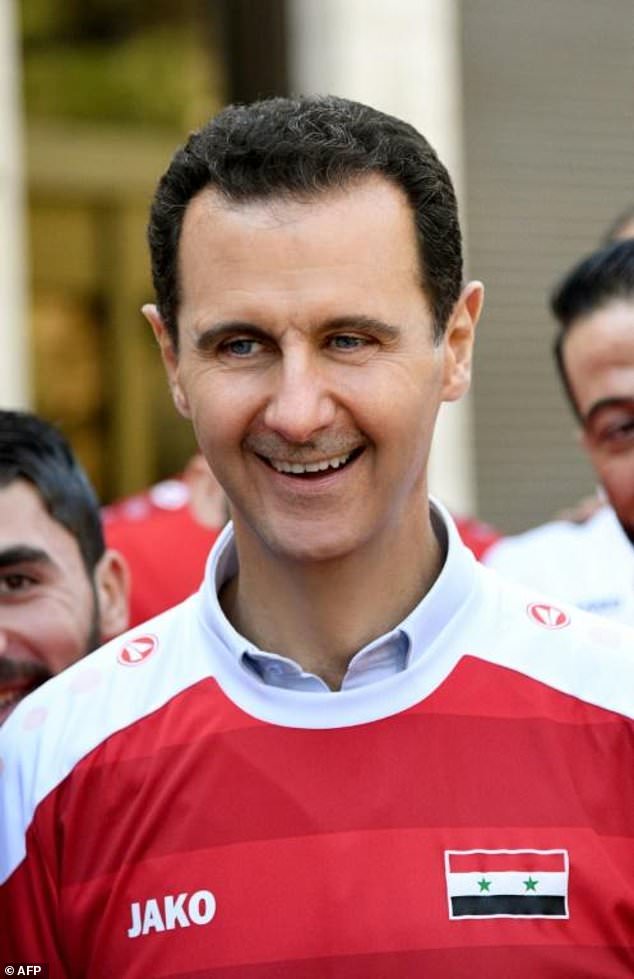 Playing the long game: a SANA picture from October 23, 2017 of President Bashar al-Assad wearing the shirt of the national football team

“Many important actors — intelligence services, counter-terrorism professionals, right-wing parties, economic interests, groups afraid of Islamic immigration — have already opened up to the regime and are lobbying for the normalisation of relations.”

Joshua Landis, a professor at the University of Oklahoma, predicted Damascus could also see ties improve with its neighbours.

“They need refugees to go home and trade to return,” he said.

During the conflict, Damascus has leaned heavily on allies Russia and Iran, which are likely to retain powerful influence over the regime, including during the potentially lucrative reconstruction process.

“The regime has become extremely dependent on its Iranian and Russian supporters, who will not allow the Syrian regime to make important decisions without referring to them,” Bitar said.

Domestically, the regime faces another major challenge, beyond that of reconstruction or security: the status of the Kurds.

The minority was historically oppressed by Damascus, and has used the conflict to build a semi-autonomous administration that it will be loath to dismantle.

The Kurdish People’s Protection Units (YPG) are the backbone of the force that ousted IS from swathes of Syria, of which the Kurds now control more than a quarter.

Damascus has indicated some willingness to discuss a potential federal arrangement, but is unlikely to accept the semi-autonomous government and security apparatus the Kurds have now.

“Devolution and decentralisation would make sense in theory but will be impossible to implement under current conditions,” said Bitar.

“They require extensive negotiations on important technical and economic issues like sharing of the oil resources. These discussions can’t succeed in the absence of mutual trust.”

The Kurdish areas are the only part of the country beyond government control with a “viable long-term government”, meaning major changes to the current political system are now unlikely, Landis said.

“Assad will preserve a similar government undergirded by a similarly organised security apparatus,” he said.

“Any significant change could undermine his rule. He is stuck in an authoritarian trap.”