Underworld assassin who gunned down three gang bosses gives jailhouse girlfriend he romanced using three illegal phones $15,000 to pay medical bills – only to be enraged when she ‘used it to get a Brazilian butt lift’

A notorious assassin serving three life sentences for murder was allegedly conned out of $15,000 by a woman he met in jail while she was visiting another prisoner.

Siar Munshizada and Abuzar Sultani were sentenced in the NSW Supreme Court in Sydney by Justice Des Fagan last month, who described them as having a ‘depraved gratification for killing’.

Munshizada held up a piece of paper after the three life sentences were handed down, which read ‘bias dog’.

A court heard ‘dog’ and ‘slut’ were also painted on Helya Yousefi’s car while it was parked in her parents’ driveway after she enraged Munshizada by allegedly telling him she needed money for medical expenses, then spending it on a butt lift.

Helya Yousefi (pictured) allegedly used a $15,000 gift from a triple murderer supposed to be for medical expenses on a Brazilian butt lift 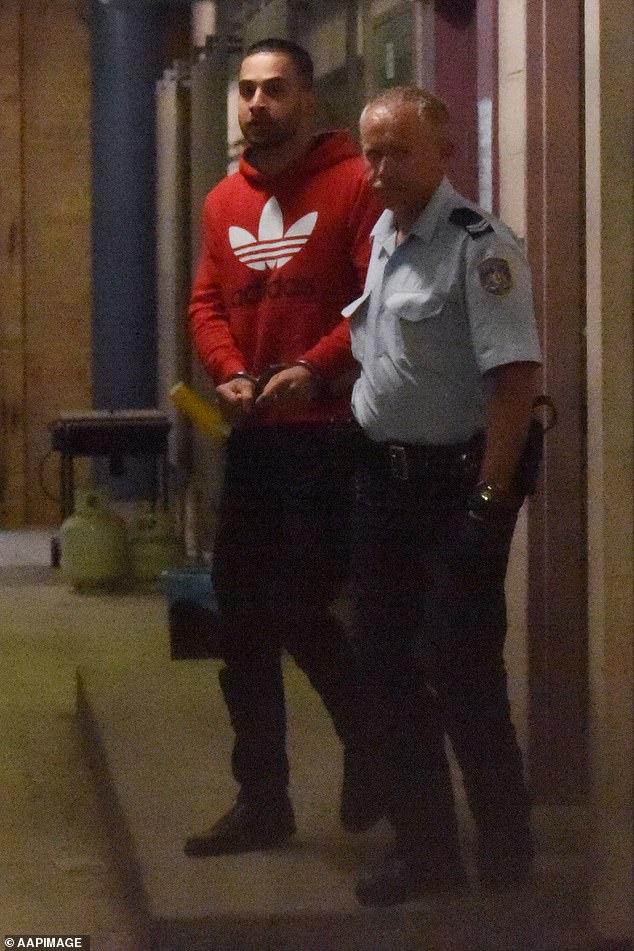 Siar Munshizada (pictured left) being arrested in 2016. In 2021 he was found guilty of three brutal executions of gangland leaders

He struck up a relationship with Ms Yousefi after meeting her in Silverwater jail’s visiting room while awaiting trial, police allege in documents submitted to Sutherland Local Court, the Sunday Telegraph reported.

They ­allegedly began texting through WhatsApp on one of three illegal phones Munshizada had ­access to in jail.

Last July, police took out a restraining order against Munshizada on Ms Yousefi’s behalf as they fear for her safety.

The police allege Munshizada threatened Ms You­sefi in texts found on one of the phones.

A Brazilian butt lift is a cosmetic procedure involving the transfer of fat to help create more fullness in a person’s bottom.

A surgeon uses liposuction to remove fat from other areas of the body, such as hips, stomach and thighs.

Those fat stores are purified and readied for injection into the buttocks.

The fat is injected into specific areas of the buttocks to create a more rounded, full look.

In his statement tendered to the court opposing the restraining order, Munshizada said he arranged for Ms Yousefi to be be given $15,000 in mid-2021 after she claimed to have large medical bills after a car accident, and having her ­wisdom teeth removed.

But Munshizada claimed that on June 15 last year one of Ms Yousefi’s friends told him that was not true.

‘I became aware through Ms Yousefi’s friend… that Ms Yousefi had not been in a car accident or had her wisdom teeth removed,’ he wrote in his statement.

‘Ms Yousefi had undergone an elective cosmetic procedure, namely a Brazilian butt lift. Ms Yousefi also used the funds to get ­veneers’ – a layer of material placed over teeth.

Munshizada statement went on to say that ‘it was further disclosed that Ms Yousefi commenced a ­relationship with another male who was also in custody’.

The police documents allege this relationship with a man named Ahmed ‘angered’ Munshizada.

‘When u see Ahmed(s) house on the news tomorrow u will see this ain’t no game no more,’ Munshi­zada allegedly wrote in a text.

Police allege in the documents that Munshizada also texted: ‘Yeah, (you) will see my pull on the streets from a jail cell.’

It is also alleged in police documents that in a message on June 13 Munshizada told an associate to go past Ms Yousefi’s house and send a photo.

Munshizada’s phone received a video on June 16 showing the word ‘SLUT’ being spray painted in red onto Ms Yousefi’s car, it is alleged. 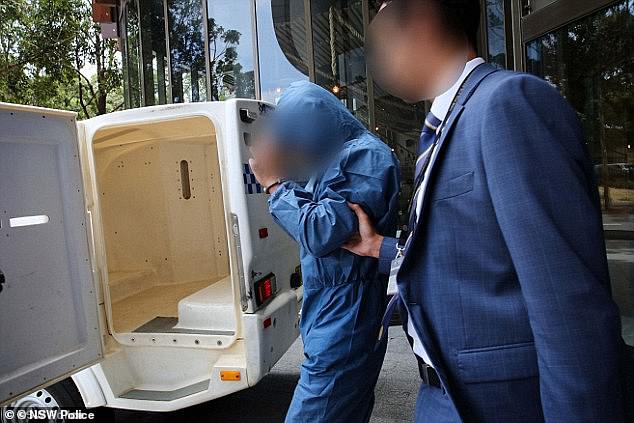 Siar Munshizada (pictured left) is led by a Corrective Services Officer to a prison transport vehicle at Burwood Local Court in Sydney on Wednesday, November 30, 2016. In December 2021 he was convicted of three murders

The same day, Munshizada ­allegedly texted ‘Go f**k yourself u (sic) cheating slut’ and ‘get ready for this war’ to Ms Yousefi.

Ms Yousefi was also allegedly warned that ‘Someone is coming to ur (sic) house Sunday, have 50k ready’ and ‘u (sic) will see this ain’t no game no more’.

Munshizada denies threatening Ms Yousefi and wrote in his statement that ‘I will not, and have not, stalked or intimidated Ms Youssefi’.

When he was sentenced in December, Munshizada reacted by saying, ‘Triple life. Are you serious?’

Michael ‘Ruthless’ Davey, shot and killed in Kingswood on March 30, 2016

Pasquale Barbaro, shot in his car, chased down an Earlwood street and killed on November 29, 2016.