Steven Heywood Assistant Chief Constable at Greater Manchester Police (GMP), oversaw the operation which led to the the death of Anthony Grainger, 36

A high rank police official may face a criminal trial over evidence he gave to a public inquiry into the death of father-of-two who was shot by an officer, the police watchdog has said.

Steven Heywood Assistant Chief Constable at Greater Manchester Police (GMP), oversaw the operation which led to the the death of Anthony Grainger, 36, who was shot by police.

The father-of-two died of a single gunshot wound to the chest after the car he was in was stopped in Culcheth, Cheshire, on March 3 2012.

Mr Heywood gave evidence at a public inquiry into his death and the Independent Office for Police Conduct (IOPC) said a report into the incident has been referred to the Crown Prosecution Service.

An IOPC spokesman said: ‘Our investigation looked at the evidence given by Assistant Chief Constable Steven Heywood at the inquiry, particularly in relation to how he recorded information in his police log book.

‘In reviewing the evidence, we have decided that there is an indication that ACC Heywood may have committed a criminal offence.

‘Our report, along with supportive evidence, has been shared with the CPS to consider if the following offences have been committed: perverting the course of justice, and misconduct in public office.’ 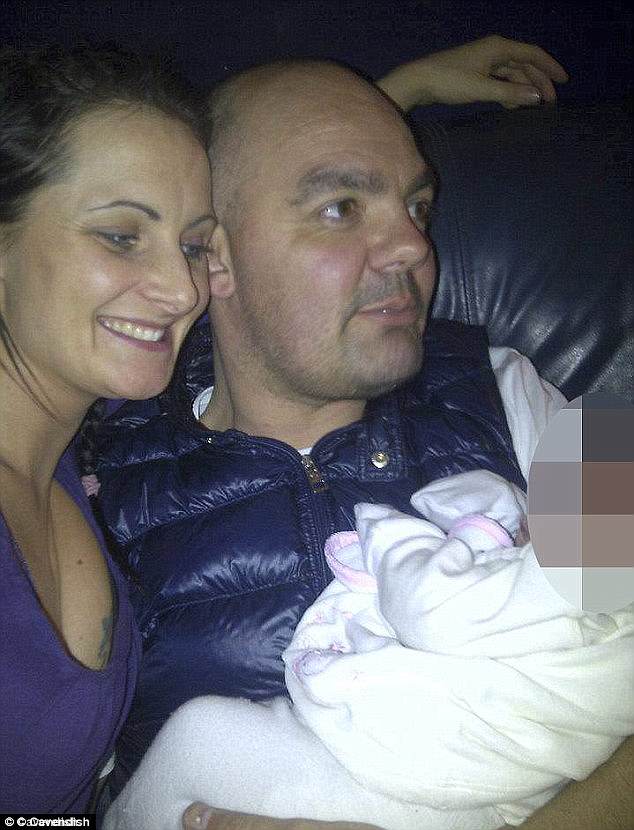 Killed: Father-of-two Anthony Grainger (pictured) died of a single gunshot wound to the chest after the car he was in was stopped in Culcheth, Cheshire, on March 3 2012

The IOPC also investigated Detective Chief Inspector Robert Cousen, who gave evidence to the inquiry as senior investigating officer, but the spokesman said there was no indication Mr Cousen had committed a criminal offence.

The watchdog will consider publishing the findings of its investigations following the publication of the findings of the inquiry and the conclusion of any related proceedings. 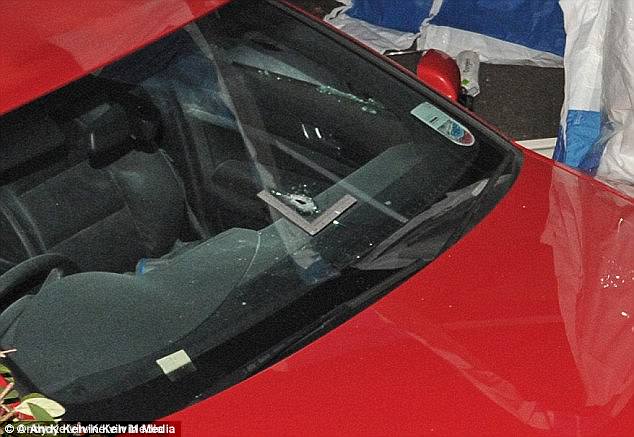 Swoop: Police believed they had intelligence Mr Grainger and two others were part of an organised crime unit and were planning an armed robbery on a Sainsbury’s store in the village. Above, the car he was in

The public inquiry into the death of Mr Grainger, 36, from Bolton, began in January last year and heard officers relied on out-of-date intelligence and inaccurate briefings.

The father-of-two was shot by a firearms officer through the windscreen of a stolen Audi in a car park in Culcheth, Cheshire, on March 3, 2012.

A GMP spokesman said: ‘We have received the reports and recommendations from the IOPC related to two serving police officers and now will consider the findings before responding.

‘It would be inappropriate for us to comment further at this stage.’

Police were previously accused of acting ‘above the law’ in relation to Mr Grainger’s death after the case against a chief constable over the fatal shooting collapsed because his force demanded evidence be kept secret.

Sir Peter Fahy, chief constable of Greater Manchester Police, was due to stand trial on Monday accused of Health and Safety breaches in the operation that lead to Mr Grainger’s death.

Police believed they had intelligence Mr Grainger and two others were part of an organised crime unit and were planning an armed robbery on a Sainsbury’s store in the village.

It was later discovered that he was unarmed and there were no weapons in the car. The three men with Mr Grainger were later acquitted of charges of conspiracy to rob.

The Crown Prosecution Service decided the marksman should not face charges for murder or manslaughter because a jury would be likely to accept that he believed his actions were necessary.

Instead, Sir Peter, who had pleaded not guilty, had been charged under the Health and Safety at Work Act.

But the prosecution abandoned its case after deciding some evidence collected by police was so sensitive it would not be in the public interest to be heard in open court. 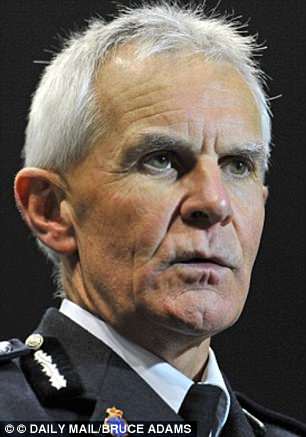 Charged: Sir PeterFahy, chief constable of Greater Manchester Police, had been charged under the Health and Safety at Work Act in relation to the police operation that led to Mr Grainger’s death

The evidence is thought to relate to the role of paid police informants and decisions made during the extensive covert surveillance operation that led to Mr Grainger’s death.

The judge, Mr Justice William Davis, had also granted anonymity to some 30 police officers who were witnesses or would be mentioned in the case.

But lawyers for Sir Peter, who was prosecuted as head of the force, argued he could not get a fair trail if certain evidence was not made public in court.

Mr Justice Davis ordered that the evidence should be given if the defendant was to get a fair trial – at which point the prosecution, after consulting with the police, decided not to proceed.

Mr Grainger’s family said they were ‘hugely disappointed’ at the outcome and ‘simply want answers’.

And their solicitor, Jonathan Bridge, warned it could set ‘a really dangerous precedent where the police are in effect above the law in cases where there is sensitive evidence,’ The Times reported.

He added that the family would approach the Home Office next week about the future conduct of the case and may seek a public enquiry.

The prosecution argued that during the covert operation, the Greater Manchester Police made ’26 failings’ arising out of armed police officers being deployed without any proper intelligence basis.

It also argued and the use of armed police was unnecessary or premature.

The decision by William Boyce, QC, to abandon the case at Liverpool Crown Court effectively ends all criminal proceedings over the death of Mr Grainger.

The CPS said: ‘We have considered the rulings made by the judge that there is material which needs to be disclosed in open court in order for the defendant to have a fair trial.

‘After consulting with relevant parties, we have concluded that we are unable to reveal that material for public interest reasons. We are therefore unable to proceed.’

Mr Grainger is believed to be the first person to die in a police shooting since Mark Duggan in London, whose death sparked rioting in the capital and other cities across the country.