Assume doctors are women because ‘most medics will soon be female’

Everyone should assume doctors are women unless they’re told otherwise, an expert has argued.

Dr Elizabeth Loder, a medical doctor, Harvard professor and head of research at the British Medical Journal, claims presuming all doctors are men is outdated.

Instead, ‘she’ or ‘her’ should automatically be used to refer to a doctor if the speaker doesn’t know their gender, she said.

Numbers of female doctors will soon catch up with males in the UK and the US but the medical profession is still clinging to the stereotype of a man as the default.

Women already outnumber men in GP surgeries in England – there were 25,263 female doctors to 19,675 male ones at the last count, but other disciplines such as surgery are still heavily skewed in the other direction (stock image)

‘Soon, most doctors in the US, the UK, and Europe will be women; this is already the case in many countries,’ Dr Loder wrote in the BMJ.

‘But medicine is not leading the way in gender equity. Gender discrimination and harassment are serious and pervasive issues in academic and clinical medicine.

‘Language reflects and is part of the problem.

‘The stereotype that doctors are men persists at a time when almost half of physicians are female – and it has been internalised by women physicians like me – so it’s a problem that needs to be fixed.’

Dr Loder recalled a specific occasion when an assistant working in her own clinic thought she was a man and had to be corrected twice by a patient.

But she admitted she was guilty of the same thing and assumed a doctor to whom she was referring a patient was male, and was herself corrected by the patient. 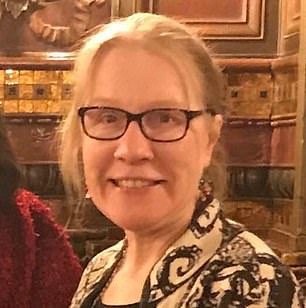 Dr Elizabeth Loder, a medical doctor and professor at Harvard University, said it won’t be long before the majority of US and UK doctors are female

More men are partners, however, meaning they own part or all of the surgery they work in (11,599 male partners to 9,340 female).

Other specialties, such as surgery in particular, are far more male-dominated.

And men in the medical profession found themselves under close scrutiny this year when a harassment scandal exploded at the British Medical Association.

High-ranking female doctors revealed the abuse they had seen and experienced at the hands of their male colleagues, triggering an investigation at the BMA.

Groping, lewd comments and sending unsolicited nude photos were just some of the allegations levelled at senior British doctors.

‘Let me be clear – sexist, disrespectful, discriminatory and abusive behaviour will not be tolerated in this association and must be stamped out,’ Dr Chaand Nagpaul, chair of the BMA, said in April.

In her editorial Dr Loder said there is a ‘gender neutral pronoun revolution’ well under way in society, but that would be a big step for the medical establishment.

She said: ‘Using female pronouns for doctors would force everyone, on a regular basis, to remember that women can be doctors.

‘Soon the default use of female pronouns will make sense for the same reason we’ve defaulted to male pronouns: it will be the best reflection of reality and the new gender makeup of the physician workforce.

‘Furthermore, in situations where most doctors are male, it’s then even more desirable to use a default pronoun of “she” to expand people’s ideas of who can be a doctor.’

Dr Loder published her editorial alongside research by the University of Mannheim in Germany which found men were more likely to big up their own research in journals.

Scientific papers published by only women were 12.3 per cent less likely to contain words such as ‘unique’ or ‘unprecedented’ than male-dominated work.

And this made other researchers up to 13 per cent less likely to refer back to their work in future studies, the team found, which could hamper their career.

THE UK HAS ‘TOO MANY POSH DOCTORS’

The UK has too many posh doctors because people get into medical school almost solely on good school grades, a GP claimed last month.

Dr David Turner, a family doctor working in north-west London, wrote in a column that most doctors come from private or selective schools.

As a result, he said, many medical students are a privileged group who don’t reflect the diversity seen in society.

He said efforts to try and recruit more people from working class backgrounds could make medics more compassionate and more likely to become GPs – a group the NHS is trying urgently to hire.

Writing in GP specialist magazine, Pulse, Dr Turner said: ‘Most of our current junior doctors went to private schools or selective state schools, which is to say that we have too many posh doctors.’

He added: ‘It sounds simple, but the reality is that medical schools still admit students almost entirely on the basis of A-level grades.

‘A wealthy, hot-housed, privately-educated student is going to find getting straight As infinitely easier than someone from a poorer background attending an average state school.

‘You don’t need to be super intelligent to become a good doctor.

‘You do, though, need have the ability to work very hard, persevere and show empathy and compassion for patients.

‘If medical schools started to skew their selection process towards these “softer” markers of what might make a good doctor, not only would we start to turn out more caring doctors – we’d also start to generate more medical graduates who want to be GPs.’