An asteroid that hit the Earth two billion years ago in what is now South Africa was even larger than the one that wiped out the dinosaurs, new research suggests.

Previous studies estimated that the planet’s largest crater was formed by an object that was about 9.3 miles (15 km) wide and travelling as a velocity of 33,500 mph (15 km/s).

But a new study disputes this, with experts suggesting that the space rock was actually up to 15 miles (24 km) wide.

University of Rochester researchers say the asteroid impact, which left behind the Vredefort crater near present-day Johannesburg, would have had devastating consequences across the planet.

They hope that their study will allow scientists to better simulate impact events on Earth and other planets, both in the past and the future.

Theory: An asteroid that crashed into Earth two billion years ago in what is now South Africa was even larger than the one that wiped out the dinosaurs, new research suggests. It left behind the Vredefort crater near present-day Johannesburg (pictured) 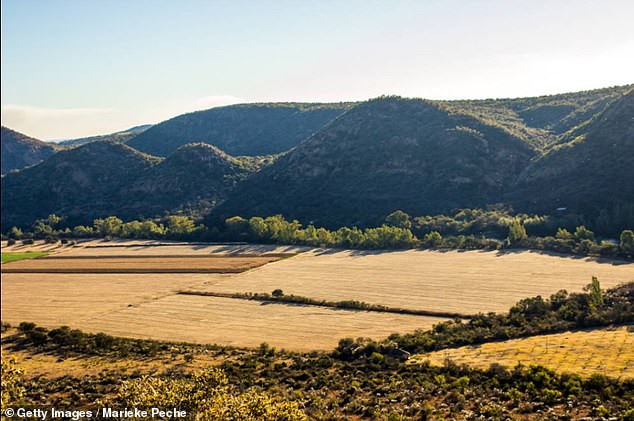 Previous studies estimated that the planet’s largest crater was formed by an object that was about 9.3 miles (15 km) wide and travelling as a velocity of 33,500 mph (15 km/s)

The asteroid, larger than Table Mountain, caused a thousand-megaton blast of energy. The impact would have vaporised about 70 cubic kilometres of rock. The heat from impact was enough to melt the Earth’s crust creating a magma lake.

The world has about 130 crater structures of possible impact origin. The Vredefort Dome is among the top three, and is the oldest and largest clearly visible impact site in the world.

What remains of the event are impact-related rocks composed of broken fragments of minerals formed just after impact.

‘Understanding the largest impact structure that we have on Earth is critical,’ said Natalie Allen, now a PhD student at John Hopkins University.

‘Having access to the information provided by a structure like the Vredefort crater is a great opportunity to test our model and our understanding of the geologic evidence so we can better understand impacts on Earth and beyond.’

Over the course of two billion years, the Vredefort crater has eroded.

This makes it difficult for scientists to directly estimate the size of the crater at the time of the original impact, and therefore the size and velocity of the impactor that formed the crater.

However, this is much smaller than current estimates for the Vredefort crater.

These are based on new geological evidence and measurements estimating that the structure’s original diameter would have been between 155 and 174 miles (250 and 280 km) during the time of the impact.

Allen and her colleagues carried out simulations to match the updated size of the crater.

This means the space rock that formed the Vredefort crater would have been larger than the asteroid that killed off the dinosaurs 66 million years ago, forming the Chicxulub crater.

That impact had damaging effects globally, including greenhouse heating, widespread forest fires, acid rain, and destruction of the ozone layer, in addition to causing the Cretaceous-Paleogene extinction event that killed the dinosaurs.

If the Vredefort crater was even larger and the impact more energetic than that which formed the Chicxulub crater, the Vredefort impact may have caused even more catastrophic global consequences.

‘Unlike the Chicxulub impact, the Vredefort impact did not leave a record of mass extinction or forest fires given that there were only single-cell lifeforms and no trees existed two billion years ago,’ researcher Miki Nakajima said.

‘However, the impact would have affected the global climate potentially more extensively than the Chicxulub impact did.’

Dust and aerosols from the Vredefort impact would have spread across the planet and blocked sunlight, cooling the Earth’s surface, she added.

‘This could have had a devastating effect on photosynthetic organisms.

‘After the dust and aerosols settled – which could have taken anywhere from hours to a decade – greenhouse gases such as cardon dioxide that were emitted from the impact would have raised the global temperature potentially by several degrees for a long period of time.’ 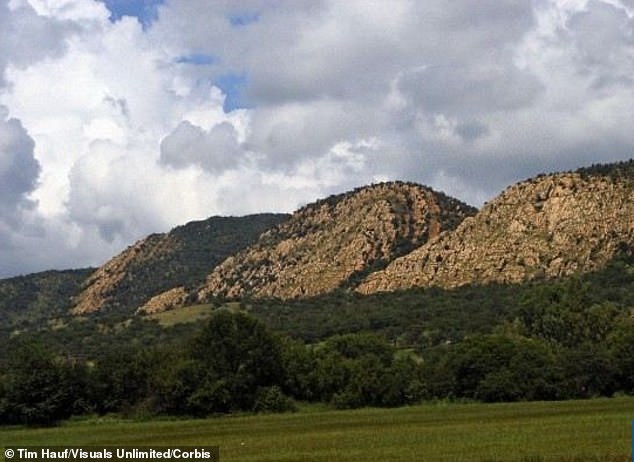 However, a new study disputes this, with experts suggesting that it was actually up to 15 miles (24 km) wide. The Vredefort Dome (pictured) is the oldest and largest clearly visible space rock impact site in the world 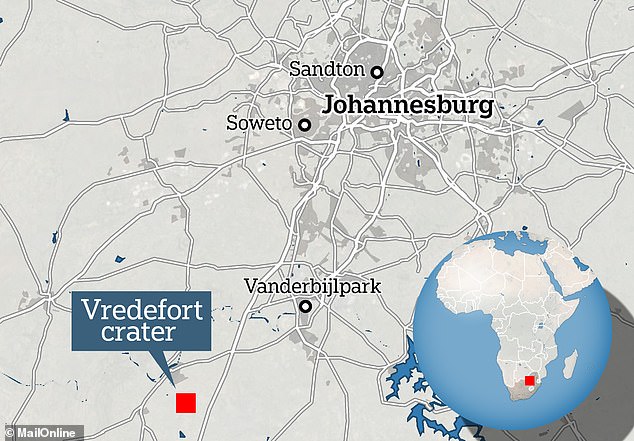 The simulations also allowed the researchers to study the material ejected by the impact and the distance the material travelled from the crater.

They can use this information to determine the geographic locations of land masses billions of years ago. For example, previous research determined material from the asteroid was ejected to present-day Karelia, Russia.

Using their model, the researchers found that two billion years ago the distance of the land mass containing Karelia would have been only 1,200 to 1,500 miles (2,000 to 2,500 km) from the crater in South Africa — much closer than the two areas are today.

‘It is incredibly difficult to constrain the location of landmasses long ago,’ Allen said.

‘The current best simulations have mapped back about a billion years, and uncertainties grow larger the further back you go.

‘Clarifying evidence such as this ejecta layer mapping may allow researchers to test their models and help complete the view into the past.’

The research has been published in the Journal of Geophysical Research.