Using an asthma inhaler can cut the amount of time it takes to recover from Covid, MPs have been told.

Ministers say doctors have prescribed the respiratory aids in some circumstances which has shown in some cases to reduce recovery by three days.

As a result Sir Graham Brady, from the Covid Recovery Group of Tory MPs, suggested the Government should make more use of them, according to the Telegraph.

He said in the newspaper: ‘If the average length of stay in a hospital is now eight days, and you can reduce that by three days typically by using inhalers, why the hell haven’t they done that?’

Health minister Jo Churchill replied guidance has been given to clinicians to consider prescribing inhaled budesonide, a drug most commonly taken through an inhaler to treat asthma or chronic obstructive pulmonary disease, on a case-by-case basis.

She said: ‘The department will continue to monitor the results as more detailed data and analysis from the trial becomes available and stand ready to adjust guidance should this be appropriate.

‘Clinical guidance has been issued for on a case-by-case basis, but inhaled budesonide is not currently recommended as the standard of care in the UK.’

The news has boosted hopes of an end of lockdown for good on July 19.

Earlier this year it was reported Coronavirus-infected Britons can now be prescribed inhalers on the NHS after experts found a commonly used asthma drug can help patients recover faster.

Budesonide will be the first treatment specifically for Covid patients to take at home – all other medical breakthroughs so far have been for hospital use.

Professor Richard Hobbs, one of the experts running the study, called the discovery a ‘significant milestone for this pandemic’.

Professor Gail Hayward, who worked on the trial and also works as a GP, said in April: ‘This is the first time a treatment has been shown to be beneficial for patients in the community – and the majority of patients with Covid are in the community… 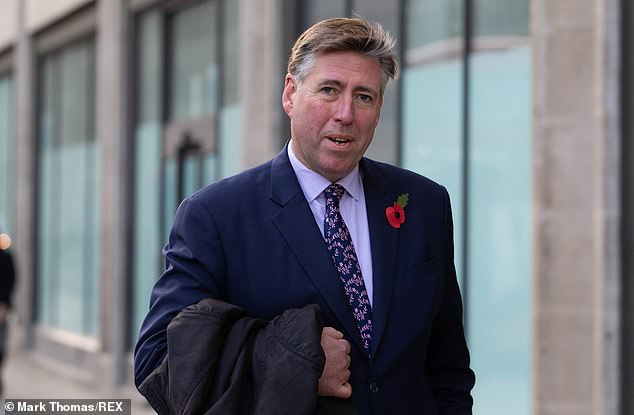 Sir Graham Brady, from the Covid Recovery Group of Tory MPs, suggested the Government should make more use of inhalers

‘For the first time in this pandemic I now have evidence for a treatment to offer my patients at home.

‘If I was trying to think of a treatment for the community it needs to be relatively cheap, easy to use and have few side effects – budesonide has all of these.’

Professor Bafadhel told a briefing: ‘What we know with inhaled budesonide is that it works at the site where SARS-CoV-2 is likely to be causing its biggest effect.

‘In the lab they’ve reduced the viral replication of SARS-CoV-2 specifically and we also know inhaled corticosteroids reduce expression of the ACE-2 receptor, and that’s an important receptor for SARS-CoV-2.

‘The findings are something we should be excited about.’

Budesonide is a drug most commonly taken through an inhaler to treat asthma or chronic obstructive pulmonary disease (COPD).

It is a corticosteroid, which means it reduces swelling inside the body and helps control immune reactions.

In the lungs, swelling can make it difficult to breathe and cause coughing. Budesonide can open up the airways to relieve these symptoms.

The drug is cheap and widely used. It costs around £15 for one inhaler.

It was prescribed around 3.8million times in England in 2019, according to NHS data.

People generally use the inhaler twice a day when they are having active treatment, with doses typically ranging from 100 to 800 micrograms.

Budesonide does not generally cause side effects.

The NHS says: ‘With inhaled budesonide very little medicine gets into the rest of your body, so it’s unlikely to give you side effects.’

It may cause a sore or dry throat or oral thrush when it is inhaled, but these are not serious and easily treated.

It is generally safe to use budesonide during pregnancy.

People should check with a doctor or pharmacist before using budesonide if they are taking other long-term medicines, particularly other corticosteroids. 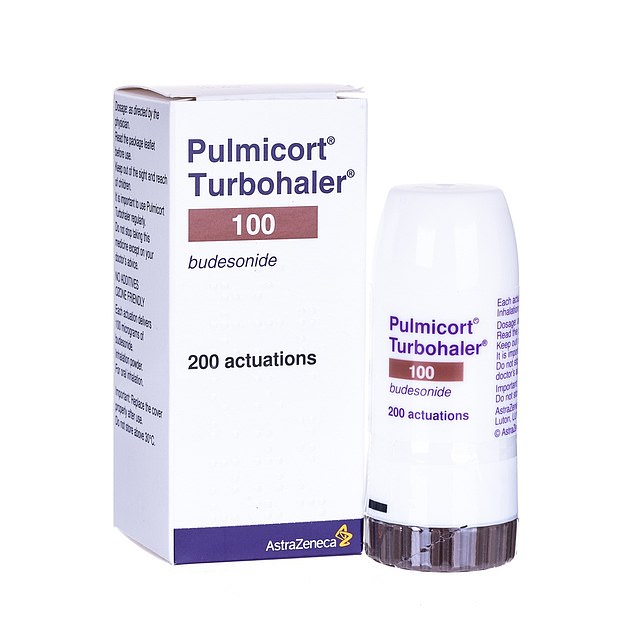 The study used a version of budesonide sold by AstraZeneca, which also makes Oxford’s Covid vaccine, but there are numerous manufactures of the drug including Orion Pharma and Mylan that already supply the NHS