All of which means I really shouldn’t like the new Aston Martin Vantage, as it is a victim of all of the above. The good news is, other interiors are available. Many, many more interiors. In fact, there are – wait for it – more than three million paint, material and trim combinations from which any potential new Aston Martin owner can create their dream car. Just don’t ask whoever spec’d the one I was sent for any help. 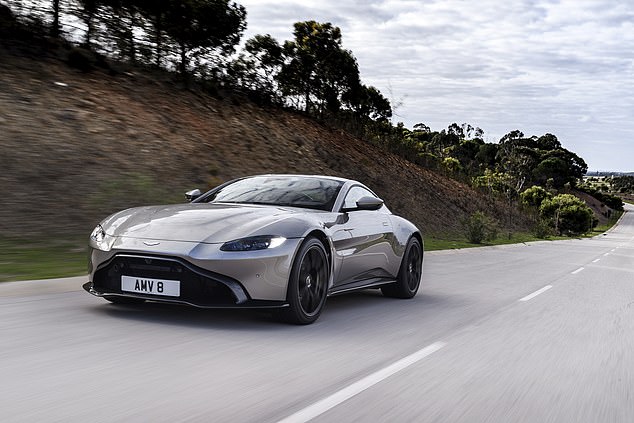 Not all the cockpit’s woes can be fixed via a couple of hours and several cups of coffee in the atelier lounge, however. The cheap plasticky indicator stalks are standard and really quite horrible – for an Aston. Although not quite as horrible as the El Cheapo McCheapface central armrest, the like of which I have never come across before. Not only is it way too small but, much more offensively, its low-rent, bargain-basement hinging mechanism is so criminally poor that it refuses to open at all unless you give it a hefty yank, as a result of which it almost comes off in your hand.

Aston – what on earth are you playing at?

We’ve been here before, of course, although not for a while. Some of the Nineties Aston interiors were equally as Lidl, but then came the good sense, sophistication and quality (ie, sweeping piano-black dashes, elevating info screens and stainless-steel quartz clocks) of the late Noughties/early Teenies Aston Martins.

Maybe I’m too long in the tooth for the new crowd that AM is looking to attract (with the garish blue leather door inlays!) but I just can’t see the appeal, wherever the new appeal is meant to be.

Honestly, it felt like sitting in a gilded Nissan GT-R rather than something fresh, new and exciting from the legendary and hallowed design studios of Newport Pagnell.

That said, the Vantage’s new super-streamlined looks and all-round body shape are simply to die for. In profile the car, even at a standstill, looks like it’s flying through the air. How the exterior and the interior are even distantly related, I have no idea.

Let me briefly mention that the car is still a wee bit wide from the front and, if you squint, in the wrong light it might look like a cross between a giant MX-5 and a constipated Tesla Model X. And the fact that I have no idea why they did away with the Vantage signature grille from the side. 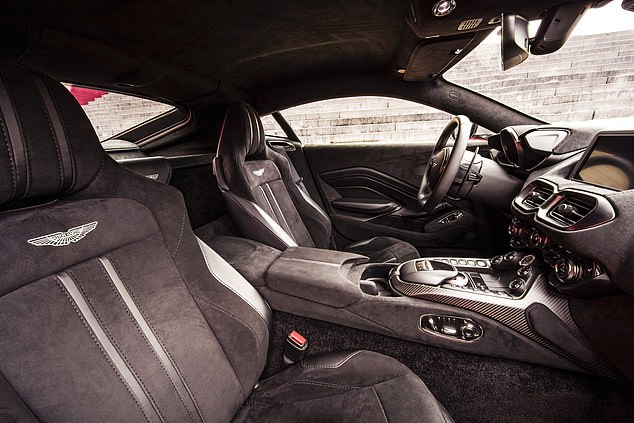 As soon as you press the start button, the engine gives a throaty roar like an angry wrestler

However, that was me still in disillusioned mode, shortly after escaping that interior horror show.

Because I ended up loving this car. Even though for the first couple of days I didn’t even like driving it. After all, you’re inside when you’re driving and – have I mentioned? – the interior’s a disaster!

But who needs a pretty dashboard when you have near-perfect 50/50 weight distribution? There’s also a monster of a twin-turbo V8 engine. Forget your V12 – this is all you’ll ever need.

As soon as you press the start button, the engine gives a throaty roar like an angry wrestler. Very cool if you want to impress your kids. Not cool at all if you live next door to the idiot with low self-esteem who feels the need to impress his kids at 7am on a Sunday morning. Which is why on the new Vantage you have the option to press and hold the start button, losing the roar and keeping cordial relations with everyone on your street.

Mind you, there’s also Sport Plus and Track modes, which raise the noise levels, respectively, to awesome and mind-blowing.

The old Vantage had just as much grunt, maybe even a bit more. But it was as nervous and twitchy as an alcoholic wasp with anger issues.

You never wanted to plant your right foot in case it all went horribly wrong.

In this new model, you sense that you can use all of that considerable power – and feel safe while you’re doing it. Bravo. 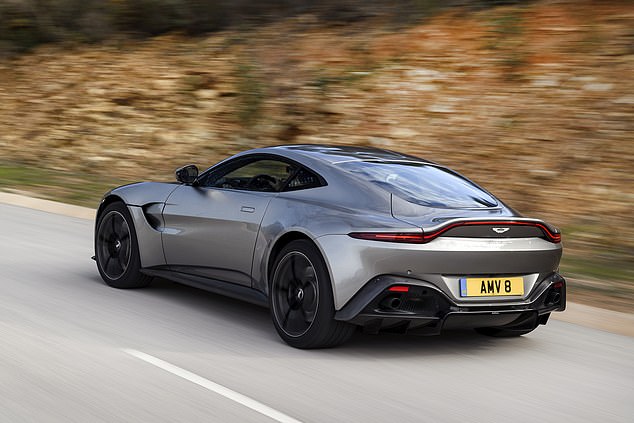 Aston Martin has fitted its first ever electronic differential, which can lock up from fully open within milliseconds. This is linked to the stability control system, which reacts almost instantly to whatever your handling needs are at any moment.

The updated chassis design and construction also contribute to increased stability. And the abundance of aluminium allows the chassis to be stiffer and more robust.

Suddenly I was having such a blast driving the Vantage, I forgot about the earlier irritations.

I almost forgot to check the boot too, which it turns out is bigger and more practical than it was on previous models. They market this one as a coupé but effectively what we have here is a hatchback. Another identity loss. But by now I’m beyond caring. By now I’m wishing I was driving this car on a track. The internet’s full of videos of lucky devils doing just that.

And I’m realising why the new Vantage is so wide, both inside and out. It’s to accommodate its passengers’ enormous grins…