Aston Martin appoints Natalie Massenet and Marigay McKee to its board

Aston Martin has hired two female directors in the latest effort to shake off its reputation as a petrolhead boys’ club.

Their appointments underline Stroll’s commitment to emphasising Aston’s credentials as a luxury brand after several years of a strategy to make more affordable cars. 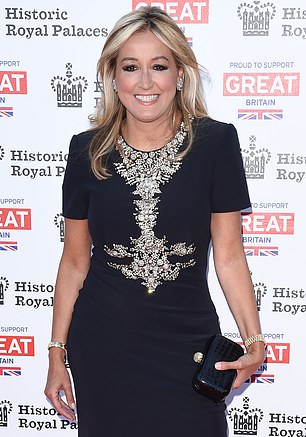 The James Bond favourite – which was founded in 1913 – now has three women on its board.

Massenet, a former Tatler journalist and ex-head of the British Fashion Council, set up Net-a-Porter in 2000 after finding it hard to source clothes for a photo shoot.

She used loans from friends and family to set up the webpage, which was designed so users could ‘click’ to buy items they liked, and turned it into a £1.45billion retail business.

Massenet is estimated to be worth £143million after the business was sold in 2015 to online Italian fashion giant Yoox Group.

She now runs her own fund – Imaginary Ventures – which has backed the seamless tights range Heist and Khloe Kardashian’s Good American jeans brand.

McKee is a managing partner of Fernbrook Capital Management. She started her career at Estee Lauder before spending 14 years at Harrods and transforming it into a department store for the ultra-wealthy.

Stroll, 61, said: ‘I said in the annual report and at our annual general meeting, having refreshed the board earlier in the year, we were focused on diversity as a priority.’

Diversity has become a major focus in the City in recent years and companies are now expected to have women holding at least 30 per cent of board roles.

Aston has fallen just short of this target with the latest hires.

The FTSE 250 group suffered a torrid first year-and-a-half as a listed company after a disastrous stock market float that saw its shares vastly overpriced.