Aston Villa 2-0 Brighton: Steven Gerrard gets off to a winning start as Villa boss

There are a series of pictures stamped on a long brick wall that runs down from the Trinity Road Stand towards the ticket office at Villa Park.

In pride of place, there is an image of Peter Withe and Gary Shaw balancing the European Cup on the head of Tony Morley, who is standing in between them. The year, the wall tells us lest we have forgotten, was 1982.

The wall tells more stories. There are pictures of the club’s seven top flight league titles, most of which came when Aston Villa were the most powerful and successful team in England in the closing years of the 19th century, and its seven FA Cup final victories. The last time they won a major trophy was in 1996 when Brian Little was manager and they lifted the League Cup. 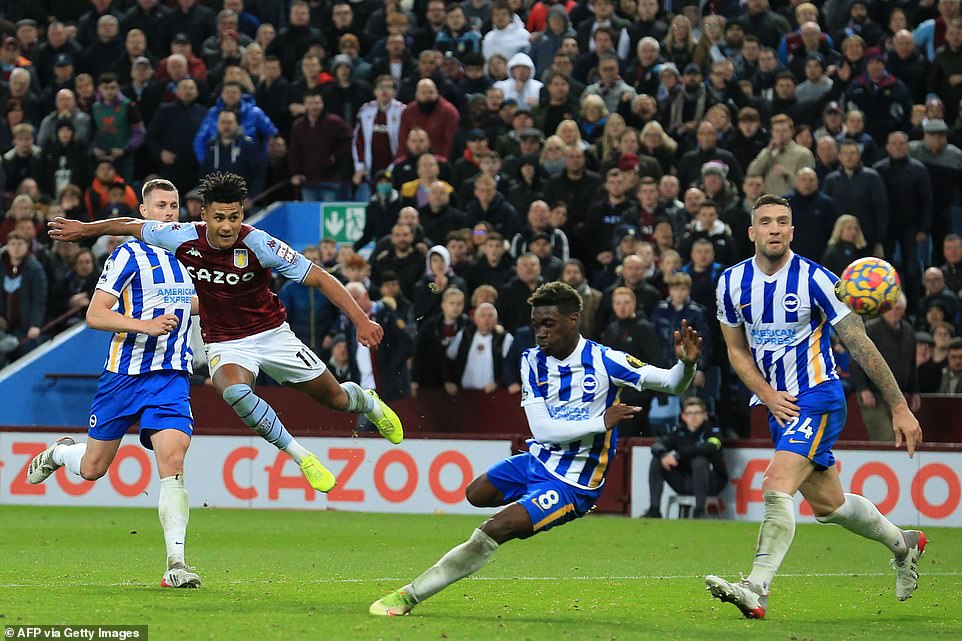 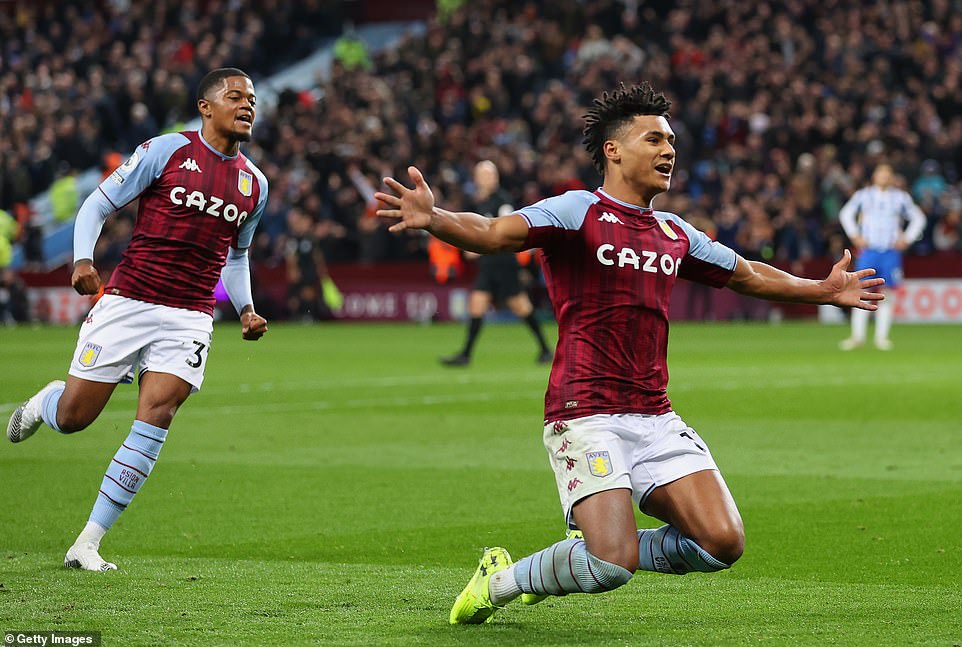 Sometimes, Villa fans stop to gaze at the wall and the past glories reflected there. An hour before the game against Brighton, a man and his son, third and fourth generation Villa fans, fell to reminiscing about Villa’s European Cup game against Juventus here in March 1983 when Michel Platini, Zbigniew Boniek, Paolo Rossi and the giants of the Italy World Cup winning team of the previous year put on a show.

Everything about Villa’s history bears witness to the fact that they are one of the grand old teams of English football. They are too big a club to be a stepping stone for anyone. And even though this match may have been about one man and his stature and his ambition, it was also about Aston Villa and their ambition and the beginning of the next stage of their attempt to reclaim their long lost place among the elite of our game.

If that ambition had been lacking, Steven Gerrard would not have agreed to become their manager. And so when Gerrard walked out of the tunnel just before 3pm and strode along the touchline, looking smart and business-like, acknowledging the fans with brief waves to each side of the ground, it was obvious that his arrival here was about more than just trying to arrest the run of five successive league defeats that cost Dean Smith his job at the club he supported as a boy. 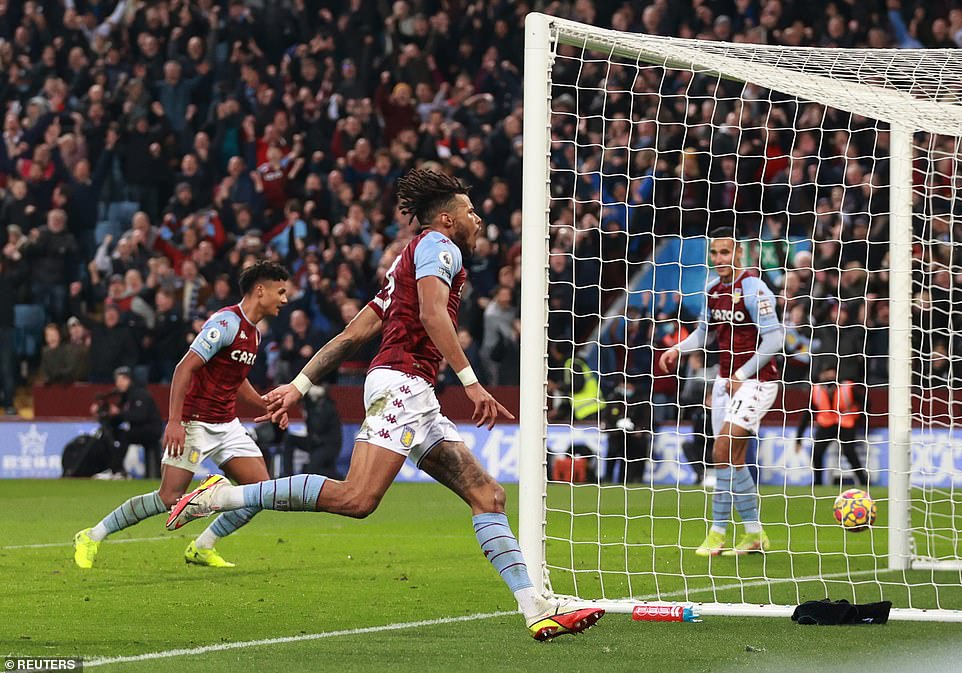 In a late blitz, Mings made the points safe for Villa after scoring with a minute to play in the Premier League clash 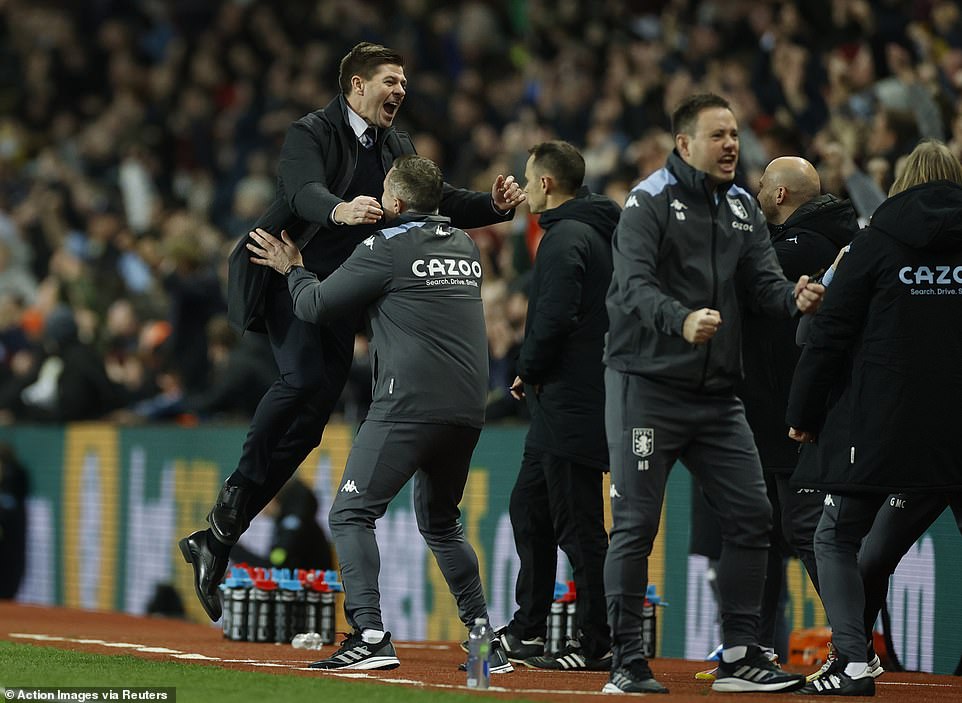 Because of what he achieved as a player, because he was one of the greats of our game as a player, Gerrard is a symbol of raised expectations at Villa Park. He is a symbol of a club that is aiming high again and, even if he is unproven as a manager in the Premier League, he demonstrated a level of leadership in his time as a manager in Scotland that made him an impressive figurehead at Rangers.

Different judges have different interpretations of the scale of Gerrard’s success at Ibrox but the facts are that, through a combination of strength of personality and astute management, he led Rangers out of the chaos that had dogged them in recent years and broke Celtic’s stranglehold on Scottish football by preventing them winning their tenth successive league title.

Gerrard achieved what he set out to do and then he moved on. Succeeding as a manager is about making good choices, too, and Gerrard has chosen well at Villa. The owners are forward-thinking and have shown that they are willing to invest in the playing staff. They are hovering just above the relegation zone at the moment but they have the potential to be a mid-table team this season. And then their hope is that the graph of their upward trajectory gets steeper. 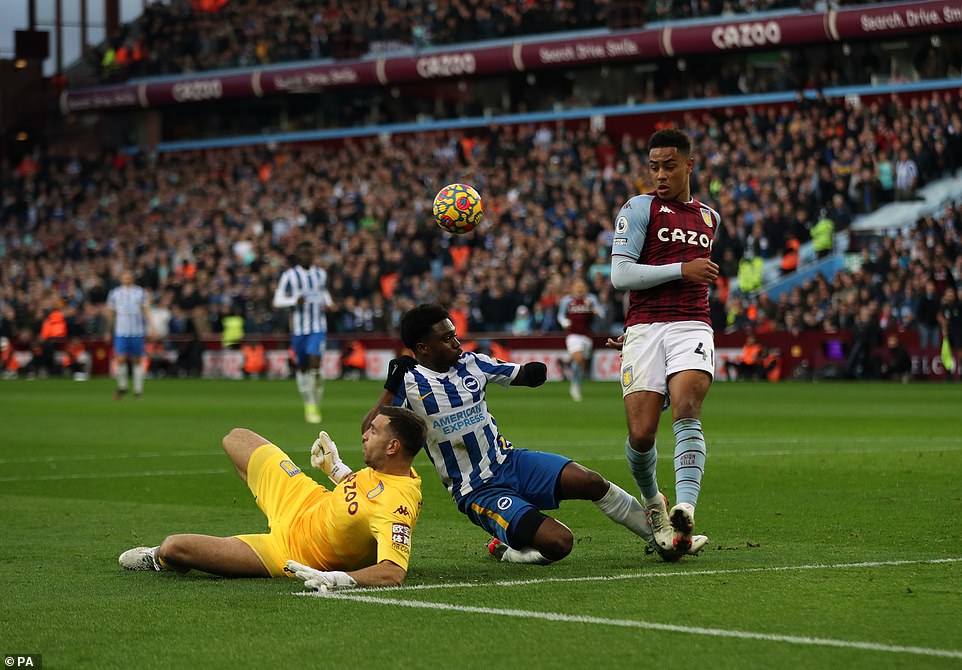 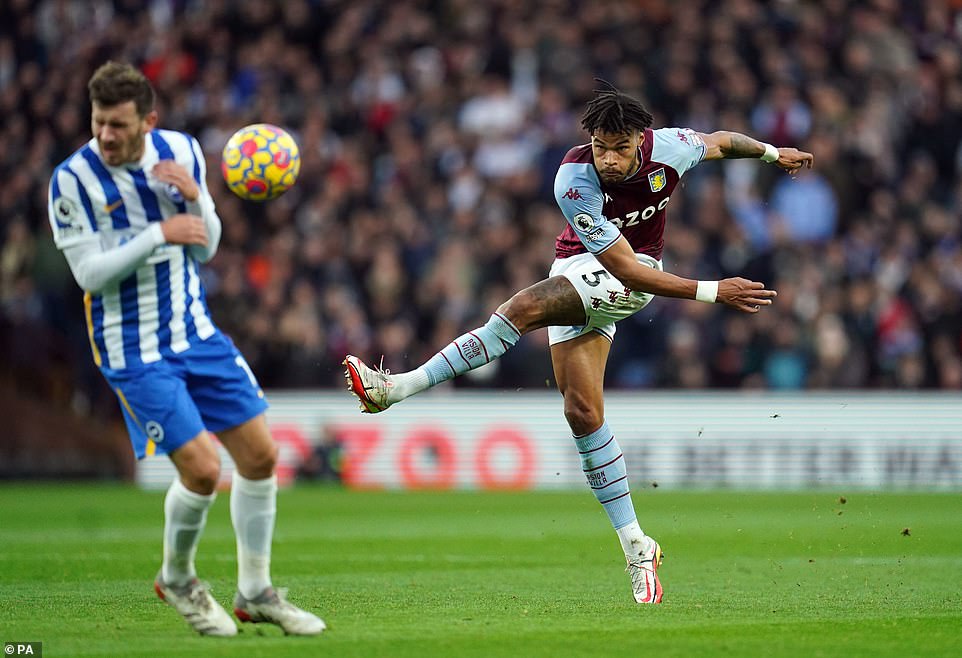 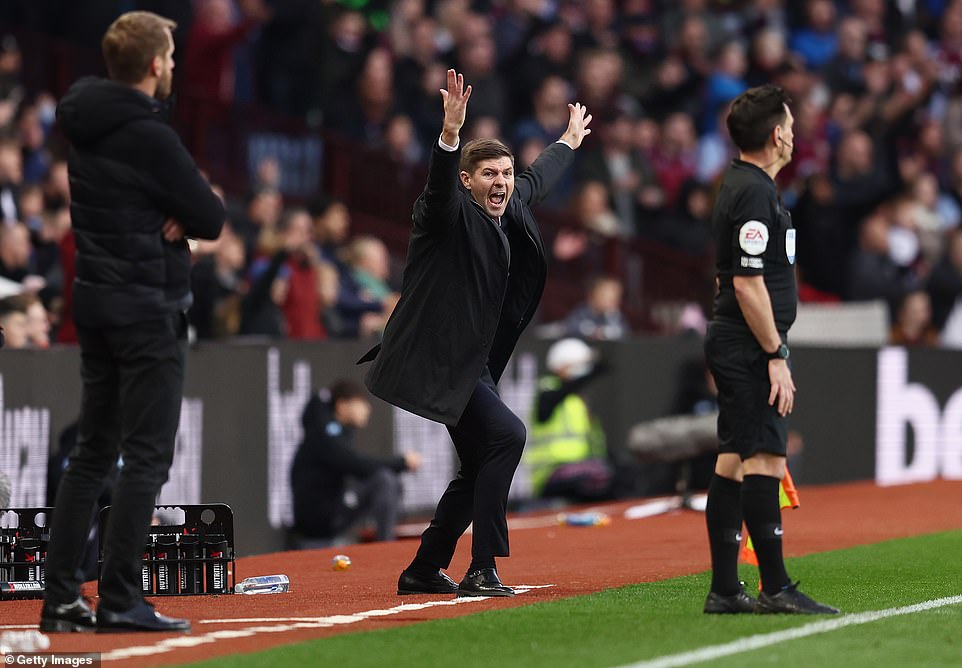 There is much hard work for Gerrard to do before Villa get to that stage, though. This will not be an easy job. That much was already evident against Brighton. Even if Graham Potter does not have Gerrard’s profile, he is one of the best managers in the Premier League and Brighton have, quietly, become one of the division’s most accomplished teams.

As the Premier League exploded in a riot of goals all around it, this was an ordinary, cagey game, starved of clear chances and low on excitement. Gerrard, at least, was entranced by it. He stood on the edge of his technical area in his smart overcoat for the game’s entirety, hands most thrust into his pockets or folded in front of him, but occasionally bursting into animated instructions.

Villa might have scored early on when John McGinn floated a fine pass down the left towards Ollie Watkins. Watkins pulled it back to Matt Targett, who swung his cross deep to the back post. Matty Cash was waiting for it there and directed his header low to Jason Steele’s right but Steele got down sharply to push it away to safety. 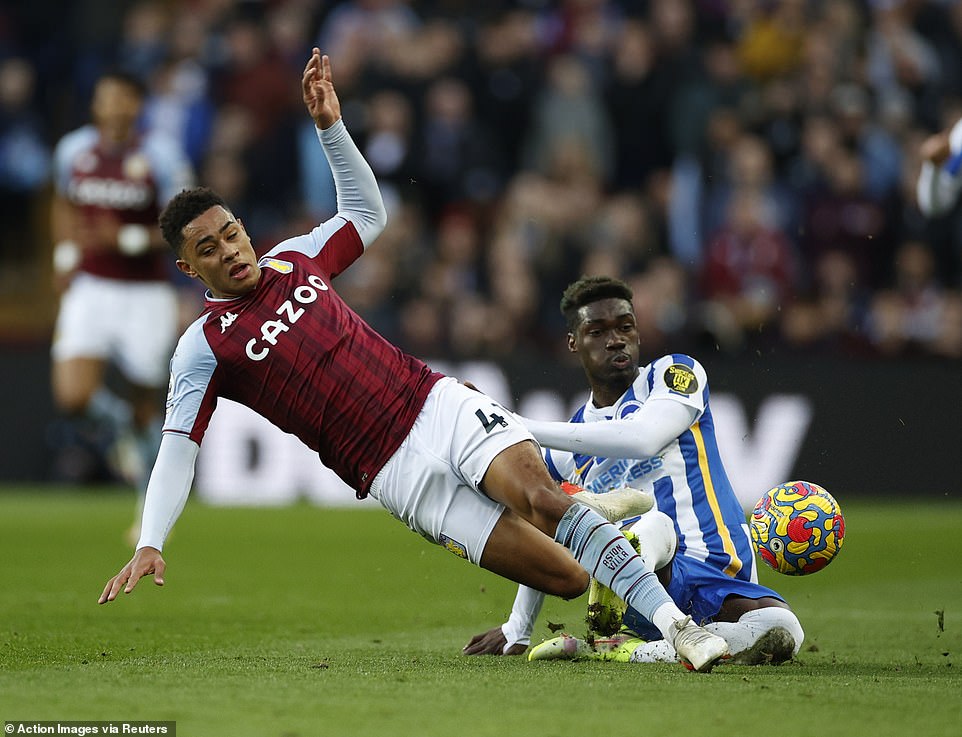 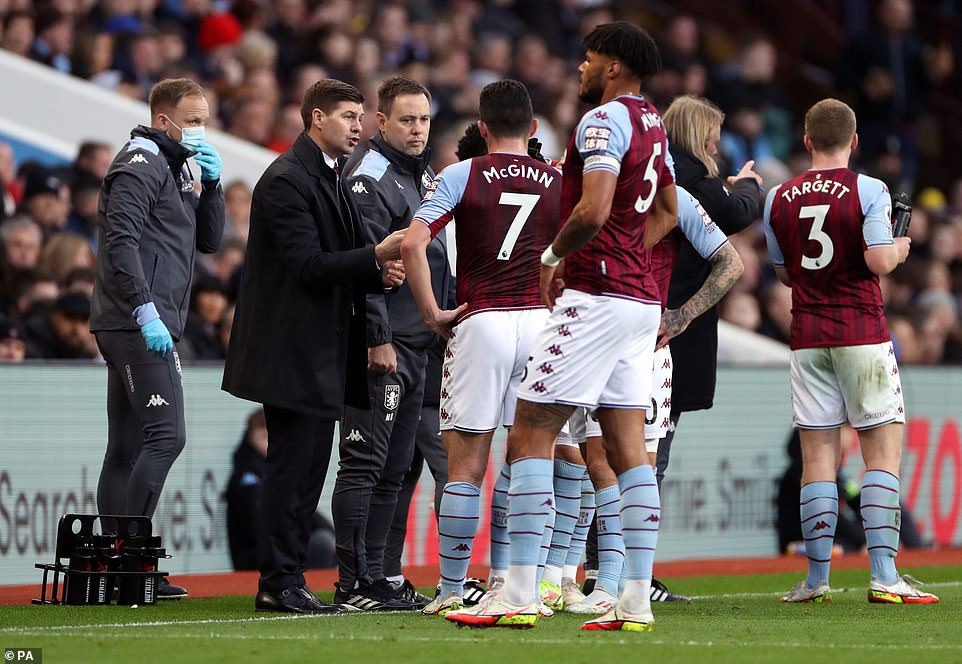 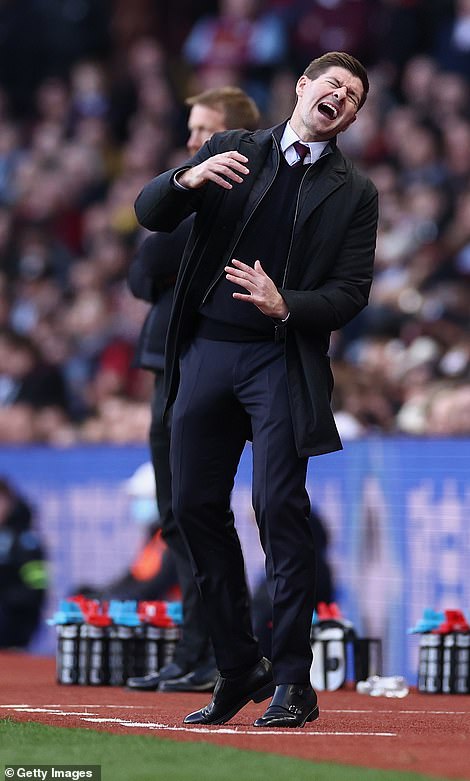 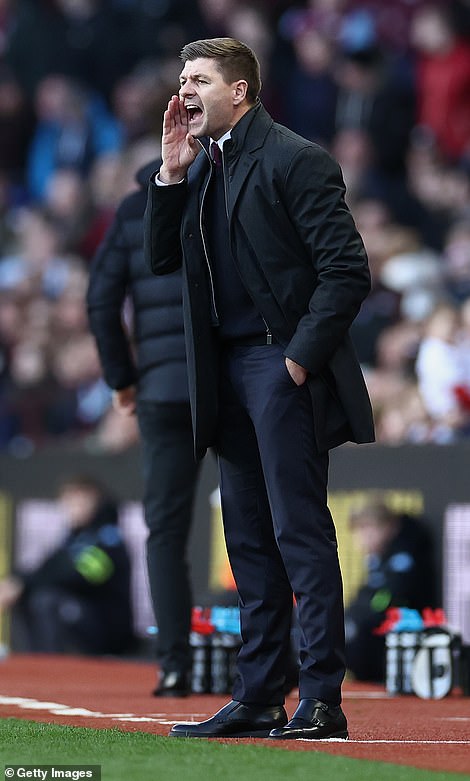 One of Gerrard’s main tasks will be to reignite the talent of Emiliano Buendia, who has struggled to impress since his arrival from Norwich City in the summer, and he showed a glimpse of his talent with a clever ball to Danny Ings but Ings’ touch was too heavy and Steele raced out to smother it. Buendia was substituted midway through the second half. When he sat down, he smashed his fist into the floor in frustration.

The game became a war of attrition. Both sides enjoyed plenty of possession but both struggled to convert it into chances. When Villa gave the ball away late in the first half, Gerrard hopped up and down on the touchline in exasperation and Emiliano Martinez was forced to make his first real save to beat away Leandro Trossard’s fierce drive.

And then, six minutes from time, Villa got the breakthrough. Gerrard had just brought Anwar El Ghazi off the bench and when Watkins got the ball on the left, El Ghazi drew away defenders with a darting diagonal run. Watkins danced from left to right across the face of the area and unleashed a right foot shot that flew beyond the desperate dive of Steele and bulged the net. 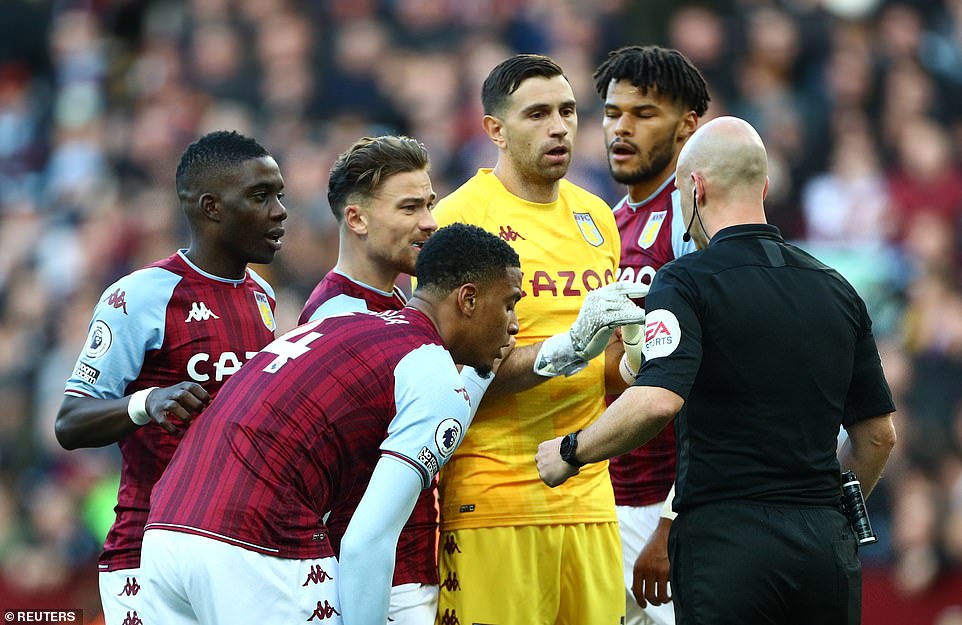 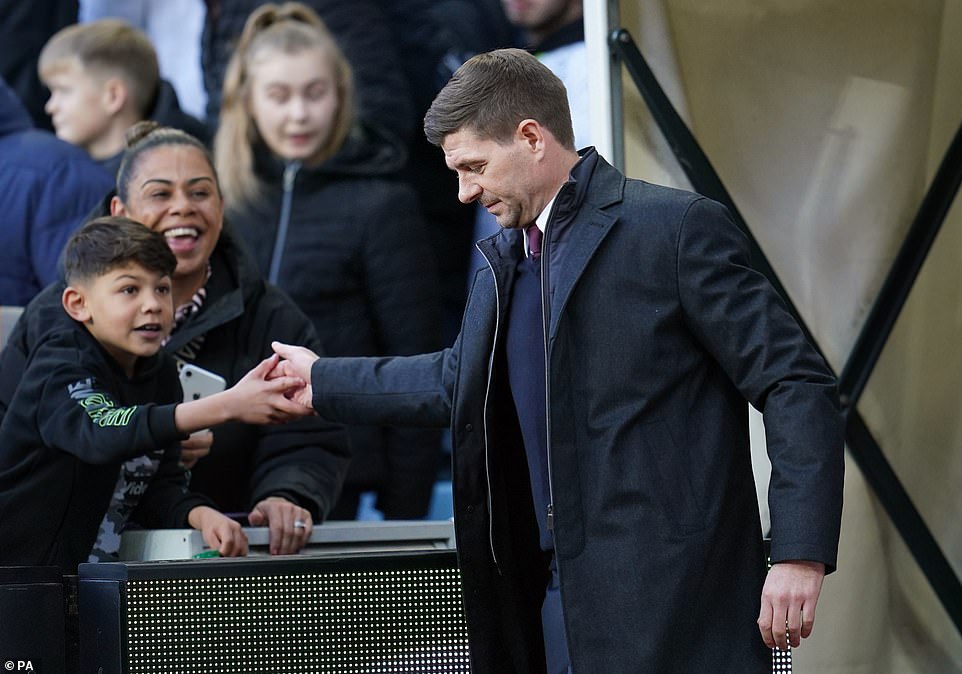 Upon taking charge of his first match, Gerrard greets a young supporter shortly after exiting the players’ tunnel 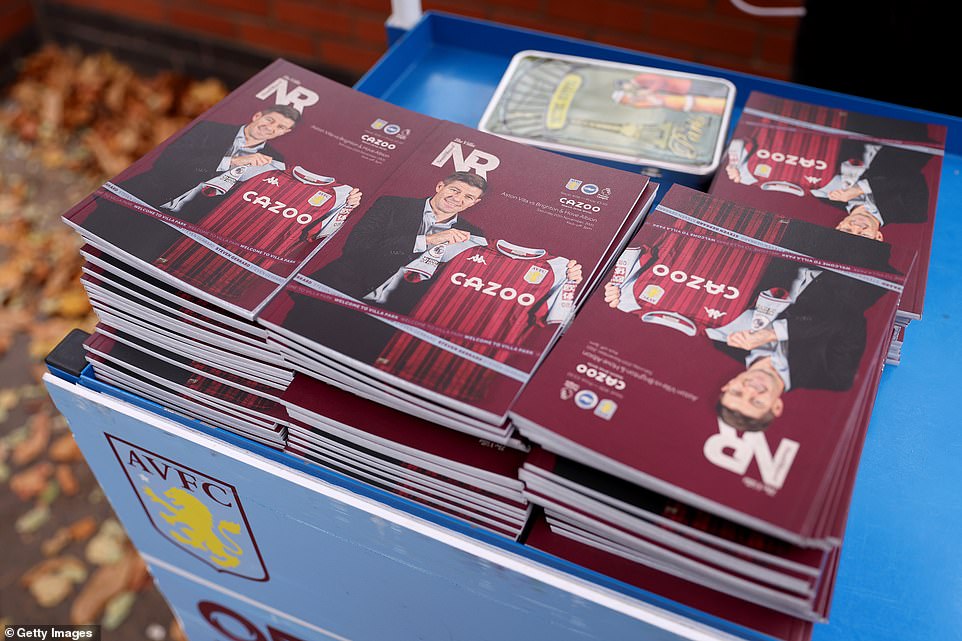 On the touchline, Gerrard turned towards the crowd and did a jig of celebration, pumping the air and shaking his clenched fist at the Villa supporters in jubilation.

The goal felt like a great catharsis. Villa were liberated, all of a sudden. Five minutes later, they were further ahead. McGinn bent in a cross from the right, and when Adam Webster stretched to clear it, he could only direct the ball straight to Tyrone Mings, who had been Villa’s most dominant player. Mings met the ball first time and rifled it into the back of the net with his right foot. Villa Park went berserk. Gerrard went berserk.

When the final whistle went, Gerrard congratulated all his players and then ushered them towards the wall of fans in the Holte End. The thousands there rose to applaud him and his team as one and Gerrard applauded them back. It will take some time before Villa can add to those pictures on the wall behind the Trinity Road Stand but this, at least, felt like a step in the right direction.