For half an hour it was arduous for Aston Villa, the absence of Jack Grealish painfully apparent.

After a false start at Watford on the opening day, it looked like Dean Smith’s side were going to stall on successive weekends.

So perhaps it was always going to take a moment of genius to jolt their campaign into life. Grealish used to provide those. 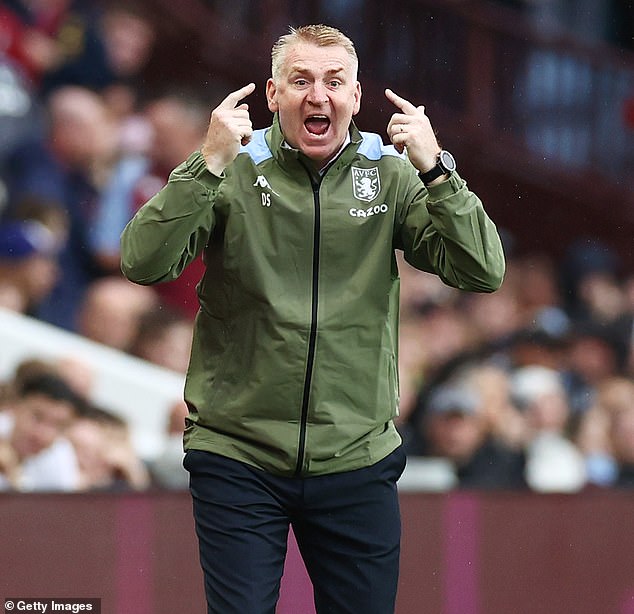 But his exit has left the door ajar for a new hero to emerge, and home debutant Danny Ings blew off the hinges with the opening goal.

On the evidence of this raucous afternoon at Villa Park, it may well be that the Holte End have found the man to remedy the loss of their former favourite.

Villa did not deserve to lead at half-time – they should have trailed early on – but they did so because of an improvised moment of brilliance from their £25million striker.

It was in the third minute of stoppage-time that Villa loaded a throw into Newcastle’s penalty area, where Tyrone Mings climbed higher than Jamaal Lascelles.

Ings, anticipating the flick, had spun into space and duly used that freedom to execute an audacious overhead-kick for his second of the season. This time, however, it was far more important than his 97th-minute consolation at Vicarage Road. 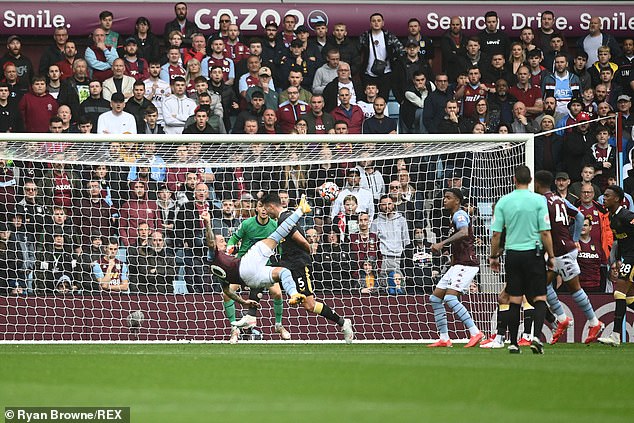 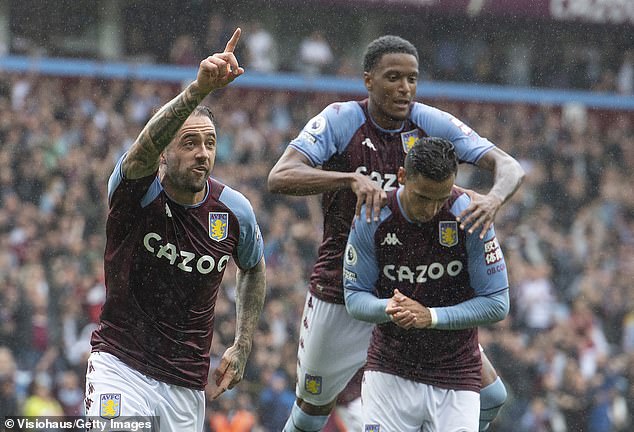 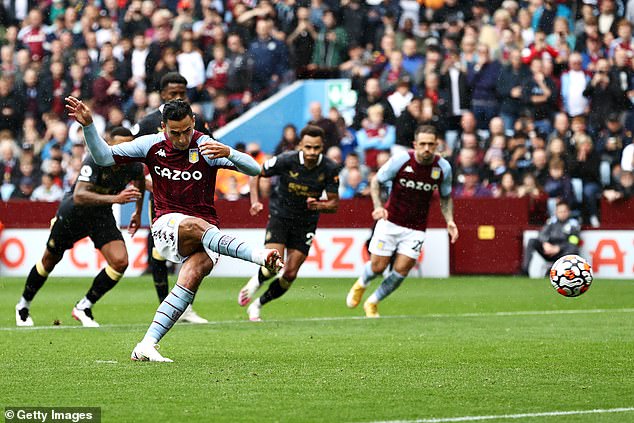 Man of the match: Ings

It set Villa on course for what proved a worthy victory, completed by Anwar El Ghazi’s second-half penalty. The win felt like a formality come the end, not that the home fans and Smith would have thought so after a torrid opening.

‘It was an okay performance but a better result,’ conceded Smith afterwards. ‘We were much better than last week, not that it takes much for that. The home fans were never going to allow us to lack that intensity today.

‘But Danny’s goal was what we needed. It didn’t look like the deadlock would be broken until something special like that happened.

‘Danny has done that to us and many others before, so it’s great to see him doing it in a Villa shirt. It was a super finish, and probably in the list already for goal of the season.’

Villa beat Newcastle 2-0 in last season’s corresponding fixture, a scoreline that flattered the visitors. The attacking quartet of Ollie Watkins, Bertrand Traore, Ross Barkley and Grealish were devastating that night. But all four were missing here; Watkins and Traore injured, the latter pair no longer at the club.

And the hosts started like a side robbed of confidence and composure. At roughly the same time as Grealish was scoring his first goal for Manchester City at 3:22pm, Villa’s Matty Cash – slicked-back hair, alice band and bulging calves – was blazing over the crossbar after a rare offensive.

Lookalikes apart, this team was unrecognisable from that containing their old talisman. The visiting fans were quick to seize on Cash’s likeness with a barbed rendition of, ‘You’re just a s*** Jack Grealish’. 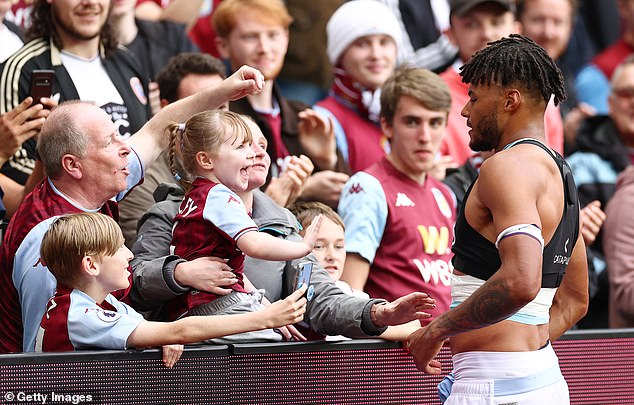 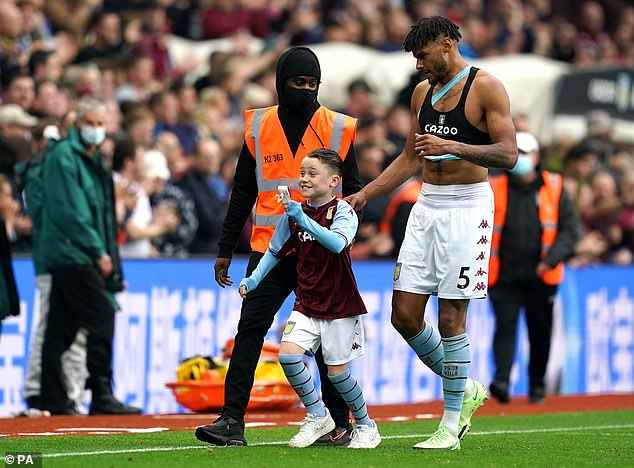 In fact, at every turn around this stadium there were young men – and some old enough to know better – sporting the trademark Grealish combo of shaved sides and floppy top.

The ghost of Grealish, then, was very much present, and the manner in which Villa began would have had a haunting feel for supporters.

Maybe it was the pressure of playing in front of a sold-out Villa Park for the first time in 553 days more than it was the removal of the England midfielder, but something spooked Villa as they struggled to pass, cross and shoot.

Newcastle should have taken advantage, most notably when Callum Wilson outmuscled Mings and ran through on goal only to clip wide. Mings was strong in his appeal for a free-kick, less strong when it was needed in the tackle.

Villa did have the odd moment in attack – Cash’s shot and Ings dinking wide from a narrow angle – but they were way off the pace. 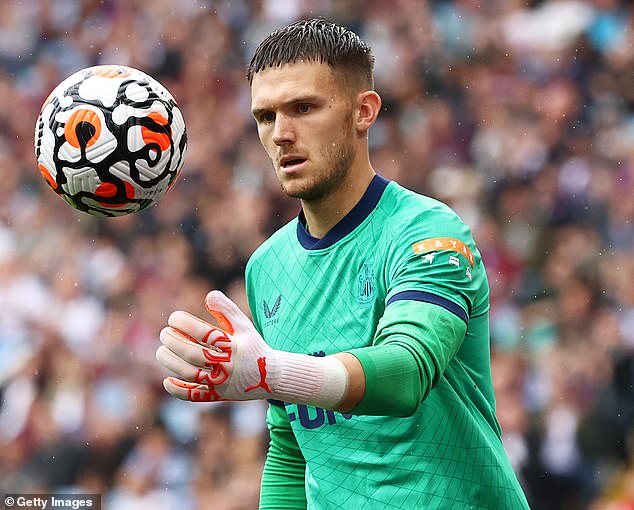 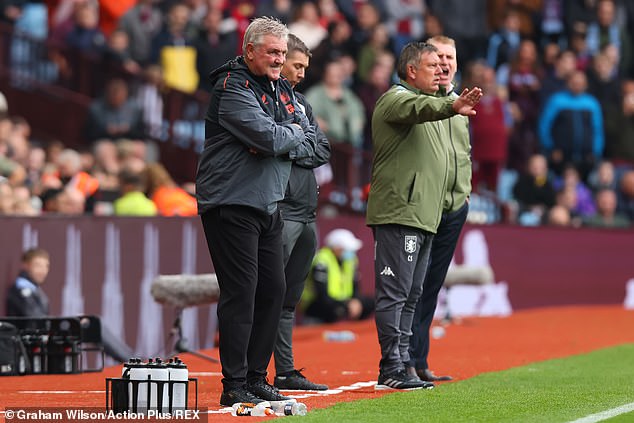 Nevertheless, Newcastle boss Steve Bruce will be disappointed with the result against Villa

Then the 30-minute mark arrived and Newcastle either decided to conserve energy or, more likely, ran out of it. It was the encouragement Villa needed and they finished the half in control, a period which culminated in Ings’ wonderful goal.

They had their second on 62 minutes after a VAR intervention rightly penalised Lascelles for a handball when he blocked Mings’ close-range effort, El-Ghazi converting as he sent Freddie Woodman the wrong way.

Newcastle thought they had a penalty of their own in the 76th minute when Villa goalkeeper Emiliano Martinez cleaned out Wilson. Again, though, VAR was kind to the hosts, ruling Wilson offside before he was played in on goal. It was tight and felt a little harsh, but offside it was.

Not that Steve Bruce’s side deserved a route back into the game after seemingly running out of gas some way short of the finish line. It is two losses from two for them now.

Villa, though, look like they’re onto a winner with Ings.