By Tom Collomosse At Villa Park

Steven Gerrard fears Diego Carlos is set for a long spell on the sidelines after sustaining a worrying injury in just his second appearance for Aston Villa.

The Brazilian defender, a £26million summer capture from Sevilla, sustained damage to his ankle and Achilles late in the 2-1 win over Everton and was immediately sent to hospital for a scan.

If Gerrard’s concerns are well-founded, it may force Villa back into the transfer market.

‘We’re going to send him for an MRI scan but it doesn’t look good right now.

‘It’s around the ankle, Achilles area. You can see by the player and the man that he’s not the type to go off easily. 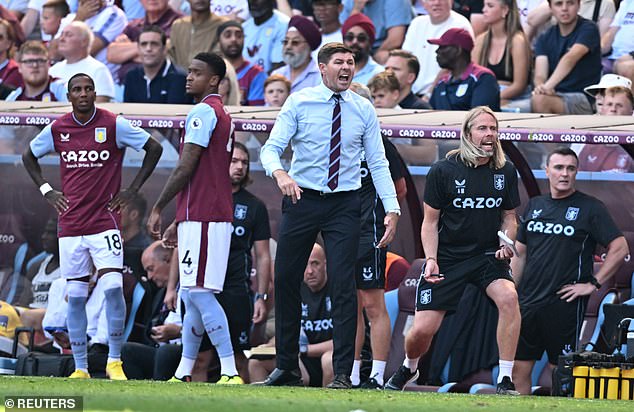 ‘He looks concerned with it and the medical staff seem concerned and that’s the reason why I’m worried about it.’

Villa held on despite a nervy finish in the midlands to claim their first Premier League win of the season after impressing against Frank Lampard’s struggling Everton side.

Gerrard’s men score either side of half-time to carve out a two goal advantage with impressive build-up play from Argentinian Emi Buendía particularly impressive. 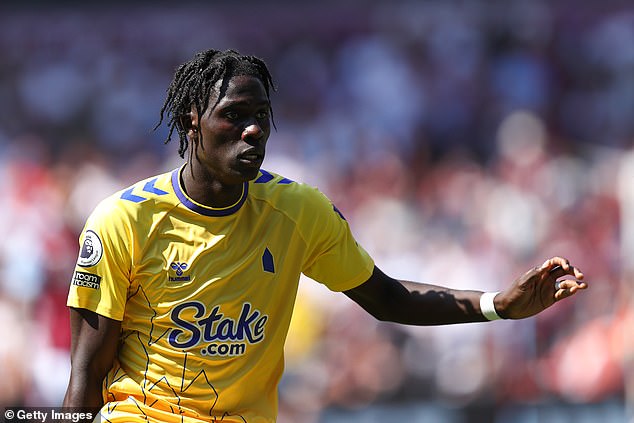 Everton’s new record-signing Amadou Onana came in for high praise after coming off the bench to give the merseyside club a glimmer of hope.

The hosts held on to claim an important victory and send the Blues back to Liverpool with no points to show for their efforts.