Grealish, 25, admitted one offence over the crash in Dickens Heath, near Solihull, on March 29, six days after lockdown restrictions were imposed nationwide and a day after he had posted a video on Twitter urging everyone to stay at home.

The England international also admitted a second charge of careless driving relating to allegations he drove without due care and attention on the M42, in October.

District Judge John Bristow said Grealish already had six penalty points on his driving licence for a 2018 motorway speeding offence and could therefore be at risk of a driving ban under the totting-up scheme.

The judge ordered his lawyer, Barry Warburton, to summon the footballer to court for sentencing today, but he was unable to reach him so the date was put back to December 15. 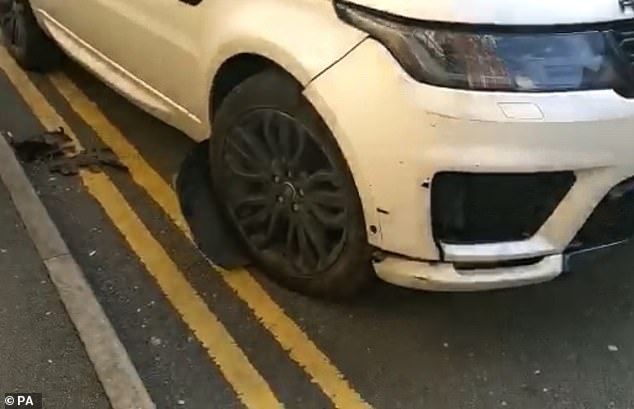 Adjourning the hearing for a short period to allow time for the query to be raised, Judge Bristow said: ‘It would be preferable to dispose of the matter today. I have heard it now, I am sitting this afternoon.

But after the lawyer was unable to get hold Grealish the judge adjourned the sentencing to next month.

‘Very well, I shall adjourn sentencing of Mr Grealish’s case to December 15 at 10am, in this court,’ he concluded.

The crash on March 29 came just 24 hours after Grealish issued a Twitter video message urging others to stay at home to save lives and protect the NHS.

The photos showed the Villa player dressed in a light blue hoodie and wearing slippers stood on a pavement after crashing his white Range Rover into parked cars. 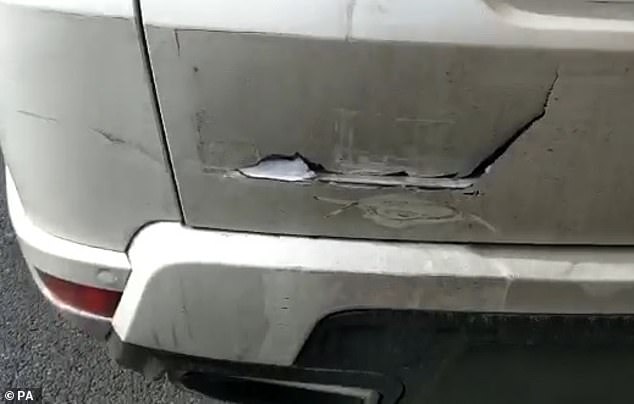 Grealish, 25, admitted one offence in connection with a collision in Dickens Heath, near Solihull, on March 29, six days after national restrictions were imposed nationwide 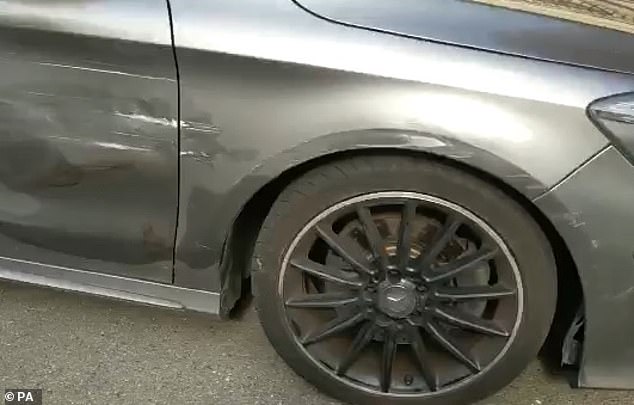 It is said former Leeds player Tony Capaldi had also attended the party.

Grealish was fined £150,000 and it was thought no further action would be taken.

But West Midlands Police revealed on June 18, that he would be charged with the offences.

The winger, from Barnt Green, Worcestershire, also admitted a second charge of careless driving committed on October 18 on the M42, the A446 and on Bodymoor Heath Road, the site of Villa’s training complex.

Grealish had denied two other charges in connection with the Dickens Heath incident, of failing to stop and failing to report the incident, but the Crown Prosecution Service offered no evidence and the charges were dismissed. 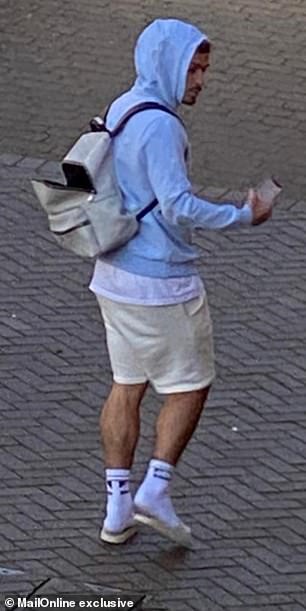 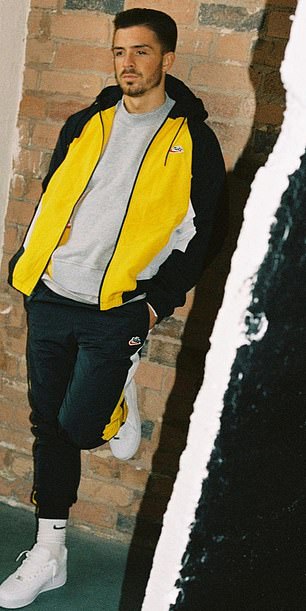 Pictures emerged online of Grealish exiting the flat of ex-Scottish striker and former Villa player Ross McCormack after the crash  (left). He is pictured on the right in a recent social media photo

Another grab showing damage to Grealish’s car after he crashed it. The winger did not appear in court but entered pleas through his lawyer