A ten-year-old boy racer drove at up to 100 mph on a terrifying 19-mile round trip after stealing his father’s car, say Russian police.

Details have emerged of the Russian lad’s high speed odyssey which left his mother and father Ksenia and Sergei Shapovalov in ‘utter shock’.

It is a ‘miracle’ no-one was hurt or killed, they say.

10-year-old daredevil Georgy (left) pictured with his four-year-old sister Eva, has been grounded after driving the car up to 100 mph in a high-speed chase in Russia

Daredevil Georgy has been grounded after driving his sister Eva, four, to their grandmother’s home near Tomsk when he got bored of being shut inside during the lockdown.

Once there, he turned around and came back fearing the granny would scold him, with his sister still in the car.

Almost home again, he swerved on to a tram track where police finally caught up with him.

Terrifying dash cam video was released earlier showing how the boy drove his father Sergei’s Toyota Highlander – overtaking on the wrong side of the road – in slippery conditions with rain pouring. 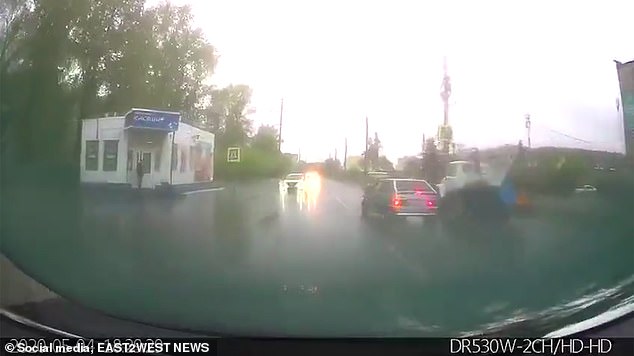 Dashcam footage shows the car driving quickly on the wrong side of the road, as on-coming vehicles swerve out of the way to avoid a collision as the boy overtakes other cars

The footage shows the boy weaving in and out of traffic as he calmly reassures his sister that everything will be alright, telling her not to cry.

Like a scene from Grand Theft Auto, sirens can be heard blaring throughout the video as police chase the car, while other vehicles swerve to avoid the car being driven erratically by the 10-year-old.

The chase comes to an end when the boy steers the car, cutting off another car, before ending up on some tram tracks. ‘That’s it, Eva, my baby’ he says, before the police surround the vehicle.

Police have now confirmed to the parents that Georgy reached 100mph – more than double the speed limit. 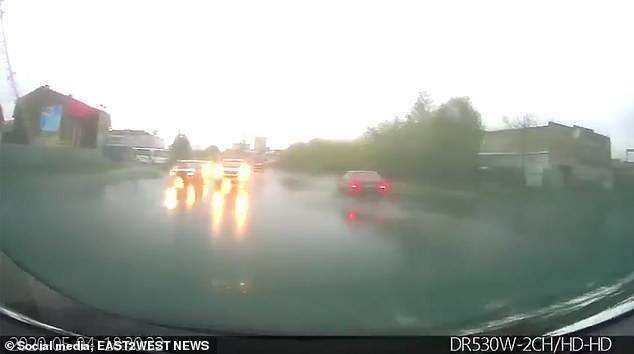 The boy’s father has said that he doesn’t understand how his son was able to drive such a large car, given that it was his first time behind the wheel

Ksenia, 36, and her husband are waiting to hear if they will face police or social services punishment for ‘improper performance of parental duties’.

But businessman Sergei told Podyom media: ‘I did not teach him to drive or allow him to do so. And he went at some incredible speed.

‘It is a miracle that he did not knock anyone down, and that the children themselves didn’t suffer… How can a 10-year-old boy drive such a large car, being behind the wheel for the first time?

‘And of course the weather was completely appalling.’

He said: ‘Me and my wife are in utter shock. If to speak about the physical punishment, I honestly wanted to. But it is recommended not to do so and I didn’t.

The boy ‘simply shrugs his shoulders and says “I don’t know” to everything’. 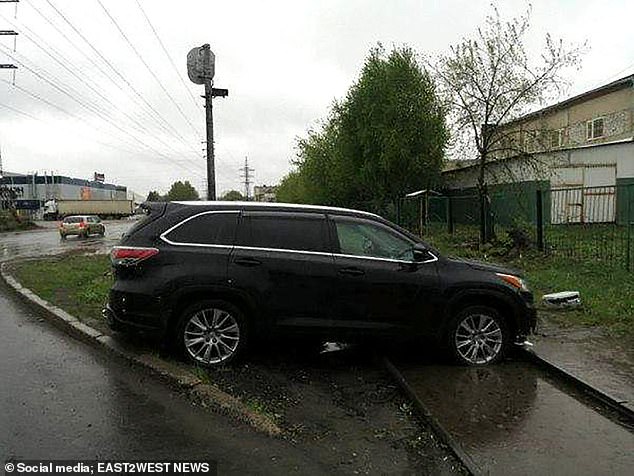 After the high-speed chase, the car eventually came to a stop when the boy steered the car off the road and onto some tramlines, before being surrounded by police 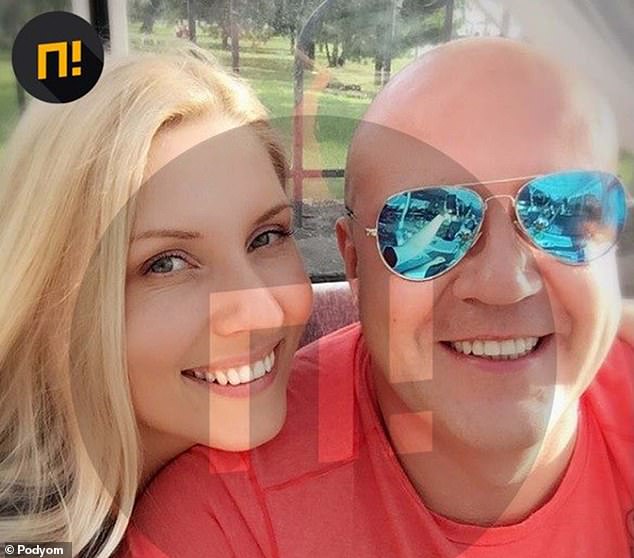 The father admitted: ‘We went to a psychologist and the verdict was his mother and I have the authority, but he lacks close contact, especially with his dad.

‘I will correct this.’

The boy is reportedly a good pupil and loves football.

‘The cops just can’t catch us,’ he boasted to his scared sister during the rollercoaster ride in comments picked up by the cash cam video.

She cried for her missing parents.