Astrologer reveals the perfect job for your star sign

What is the perfect job for your star sign? Astrologer reveals the ideal career for you – and the roles to avoid if you want to perform your best

A leading Australian astrologer has revealed the career you should consider based on your star sign – and the ones to avoid if you want to perform your best.

Psychic Rose Smith says now is the time to retrain and prepare for long-term job prospects, as almost one million people in Australia lose their regular income as a result of COVID-19.

‘Although you can do short-term work if you’ve lost your job or are out of work, the economic and employment ramifications from coronavirus will continue for years,’ Ms Smith said.

‘Now is the time to look to training opportunities which are aligned with your personality traits – you can have your astrology chart done to help with this.’

According to the Australian Bureau of Statistics, the unemployment rate is 7.1 per cent – the highest since 2001 – with the official jobless number standing at 927,600 in May.

So what should you look for?

Earth signs find their work particularly important, not only for the job itself, but also for the money.

They are hardworking and responsible, getting the job done even through difficulties or hardship.

Earth signs can do better than most in 2020 with their jobs. 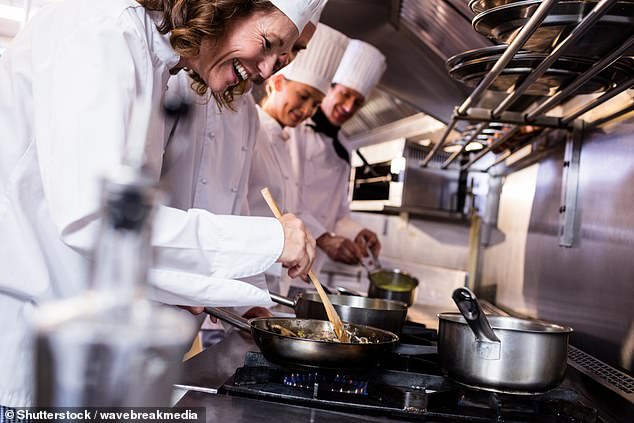 * Jobs in construction such as surveyor, builder, or project manager

* Culinary career such as chef or restaurant manager

* Managerial career in musical, theatre or acting industries such as concert promoter or casting or publicity agent

* Art director, interior design, or designing homes such as architect

* Jobs where other people often tell them what to do

* Jobs where empathy is required such as counselling, welfare, or social work

* Jobs which require a lot of patience

* Medical jobs such as nutritionist or acupuncturist

* Outdoors or environmental jobs such as a farmer or forest ranger

* A career involving numbers such as statistician, mathematician or accountant

* Jobs in creative fields that can get messy such as artist

* Jobs where perfection is unobtainable or undesirable 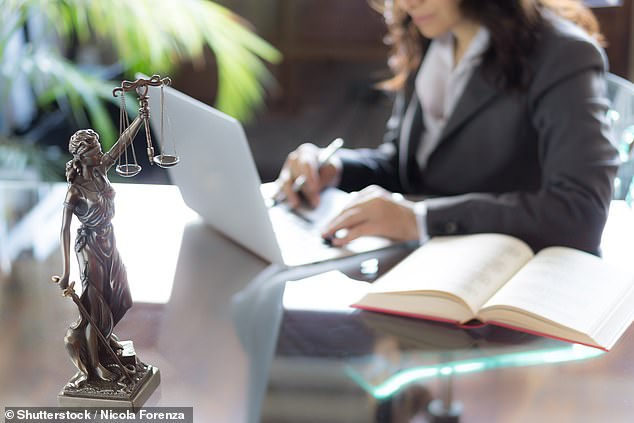 * A career in science such as scientist

* CEO of a large enterprise

* Jobs with no avenues for commitment, responsibility, or dedication

* Dead end jobs with no promotion opportunities as Capricorns are ambitious

* Working with people who are disorganised or lack self-discipline

* Jobs without structure or rules

* Jobs where lots of empathy or interpersonal communications are required

Cancer, Scorpio and Pisces can transform their emotions into something physical.

Water signs can reap rewards in 2020 if they stay grounded and practical.

Strong emotions will show the way, but those emotions shouldn’t be allowed to rule. 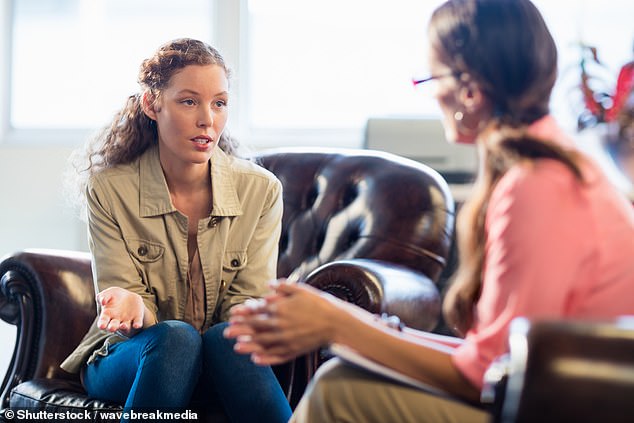 CANCER should choose jobs in helping industries such as counselling, aged or disabled care (stock image)

* Jobs in helping industries such as counselling, aged or disabled care

* A culinary career or anything to do with nurturing others

* A career in the musical, theatre or acting industries

* A career as a medical professional

* Jobs without some flexibility if Cancerians have families to attend to

* Cancerians find difficulty hiding their emotions, so any job requiring a ‘happy face’ when they don’t feel happy, could be a problem

* Negotiation specialist such as police negotiator

* Working in the death industry such as medical examiner

* A medical career such as surgeon

* Anything that involves inordinate amounts of patience. Scorpios can be impatient

* Jobs that do not allow them sufficient control over their work

* Any job that does not allow them to express themselves fully 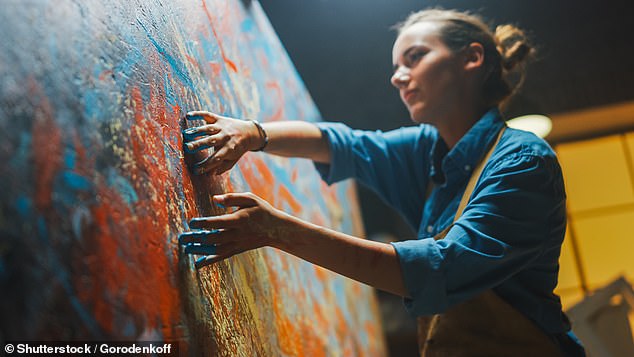 PISCES should choose to be an artist, musician or work in the creative arts generally (stock image)

* Spirituality based jobs such as psychic reading and astrology

* Healing either alternative or allopathic and roles in healthcare

* Working in a job that gives no outlet for Pisces’ sensitivity, intuition or empathy

* Jobs with high stress or lots of time deadlines

* Jobs with little or no interaction with other people

Gemini, Libra and Aquarius are curious and think about things before making decisions. All air signs have good communication abilities and enjoy illuminating conversation.

They are usually good at writing, social media, publishing and generally getting the word out.

Air signs often have ‘flashes of brilliance’. They can generally think their way to a better life this year despite what is happening externally.

Air signs can find new opportunities where others fail to see them. 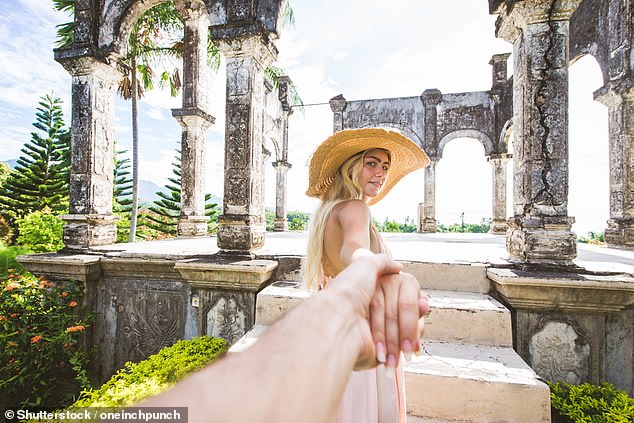 * Working in the entertainment industry such as singing or a DJ

* Some science-based jobs if Geminis can speak their minds

* Jobs where creativity and self-expression are not encouraged or allowed

* Boring jobs or those with tedious or repetitive tasks

* Non-social jobs as Geminis need to communicate with others

* Life coaches, counsellors and lawyers as they see many sides to a situation

* Any industry where aesthetics is important

* Jobs where making lots of decisions very quickly is necessary

* Jobs with lots of stressful deadlines

* Working with people who are unfair or manipulative

* Science based careers such as meteorology, communications, or electronics

* Pioneering a new field or innovation

* Jobs involving going against the status quo, with rebelliousness against the current system

* Anything involving the internet

* Working in a job with strict rules and procedures

* Jobs where lots of self-expression is involved

* Always being around the same people, or sometimes any people! Aquarians need solo time

* Jobs where lots of empathy or sympathy are required

Inspiration is needed to make your heartfelt desires real and physical so you can share and help others in alignment with your heart.

Get in touch with your hopes and dreams.

Fire signs have a lot of passion which can carry them to where they want to go. 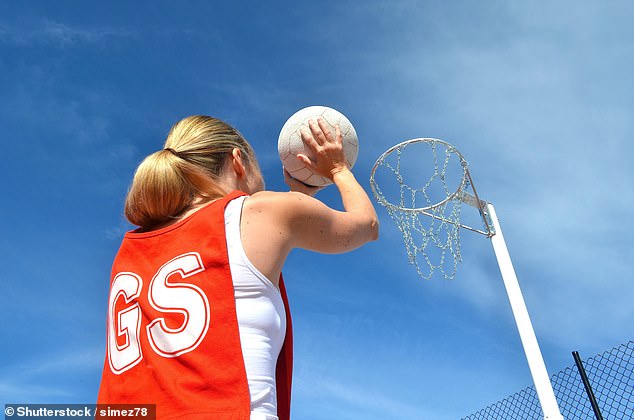 * Military service (or other adversarial careers)

* Doing different things every day in the workplace

* Risk taking where you can rely on your own instincts

* Being a square peg in a round hole. Aries need to make their own rules

* Sedentary work or not sufficiently moving around in the workplace

* Jobs where you have to follow rules that don’t make good sense. Often you can see a better way to do things but for some reason you can’t get others to understand your point of view.

* Leadership roles such as CEOs, as people tend to follow Leo’s lead

* Jobs involving ‘the spotlight’, especially where people look up to them in some way

* Working in isolation as Leo loves an audience

* Jobs where Leo has no authority to make meaningful change

* Jobs that interfere with Leo’s need for independence 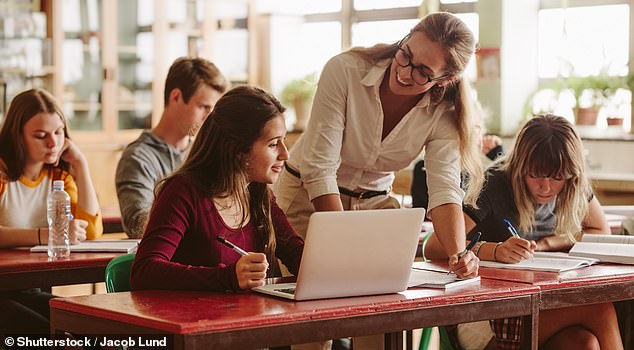 * Work involving the outdoors or travel

* Work with a sense of freedom and expansion

* Working 9-5 in an office without any breaks outdoors