Astronaut candidate, 34, is the first to resign from NASA training in 50 YEARS after citing personal reasons

By Press Association and Maxine Shen For Dailymail.com

An astronaut-in-training has quit NASA, the first time it has happened in 50 years.

NASA spokeswoman Brandi Dean said Kulin’s departure is effective from Friday and that he is leaving for personal reasons that the space agency cannot discuss due to privacy laws.

Kulin was among 12 new astronauts chosen last summer from a record 18,300 applicants.

Kulin was working as a senior manager at Elon Musk’s SpaceX when selected and said at the time he was hoping to fly on a vehicle he helped design.

SpaceX and Boeing are developing NASA’s first commercial crew capsules, due to launch within the next year. 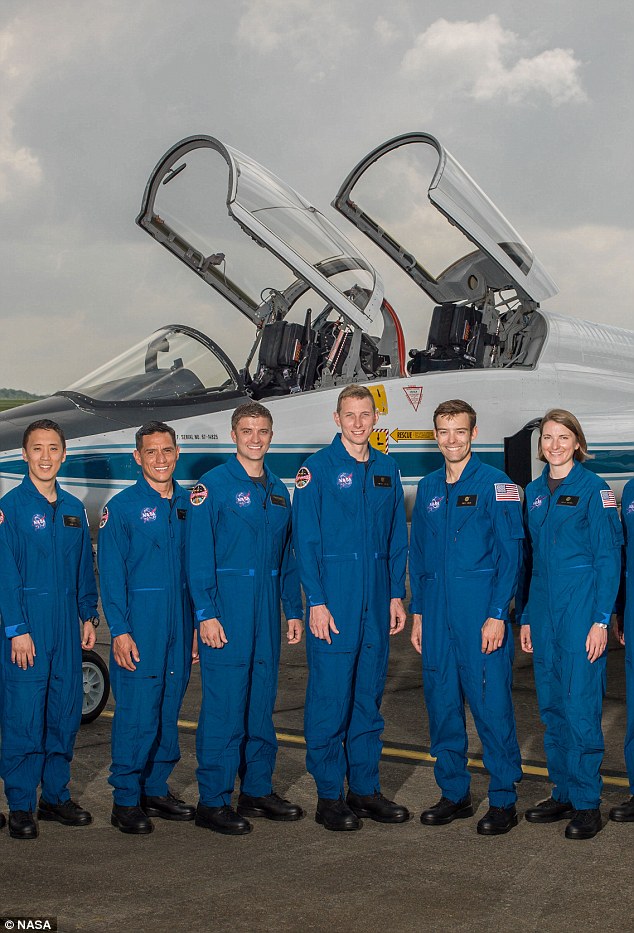 Kulin (second from right) was one of 12 new astronauts chosen in 2017 from a record 18,300 applicants. He is now that first astronaut-in-training to resign from NASA since 1968

Kulin grew up in Anchorage, Alaska, and worked as a commercial fisherman in Alaska and an ice driller in Antarctica.

Sources told Ars Technica that Kulin is a ‘family man’ and that he is confident in his abilities.

The Anchorage Daily News reported that Kulin was accepted to the NASA program after applying twice before and that he decided he wanted to become an astronaut while researching the 2003 Space Shuttle Columbia explosion as an undergraduate mechanical engineering student at the University of Denver.

The last time astronauts-in-training resigned from NASA was in 1968.