A ‘zombie’ satellite that failed in 2005 has been discovered, still functioning, by an amateur astronomer.

NASA researchers thought that the failed Imager for the Magnetopause-to-Aurora Global Exploration (IMAGE) satellite was lost.

But the new finding suggests that NASA may be able to resume the mission, with the goal of studying Earth’s magnetosphere and how it interacts with the sun.

According to researchers, the satellite would still be valuable in predicting space weather and understanding how the magnetosphere responds to solar storms.

Pictured is the IMAGE satellite during construction. The new finding that the satellite is still working suggests that NASA may be able to resume their IMAGE satellite mission, with the goal of studying Earth’s magnetosphere and how it interacts with the sun

NASA launched the IMAGE satellite from Vandenberg Air Force Base in Santa Barbara, California, on March 25, 2000

The satellite served as a telescope and its two-year-long mission was extended, leading to 37 unique discoveries.

However, NASA reported that contact with the satellite was ‘unexpectedly lost’ on December 18, 2005.

‘After 5.8 years of successful operations, IMAGE’s telemetry signals were not received during a routine pass,’ NASA reported.

‘The IMAGE mission was designed as a two-year mission but has exceeded all its scientific goals and has produced a fire hose of stunning images of the previously invisible region of space in the inner magnetosphere.’ 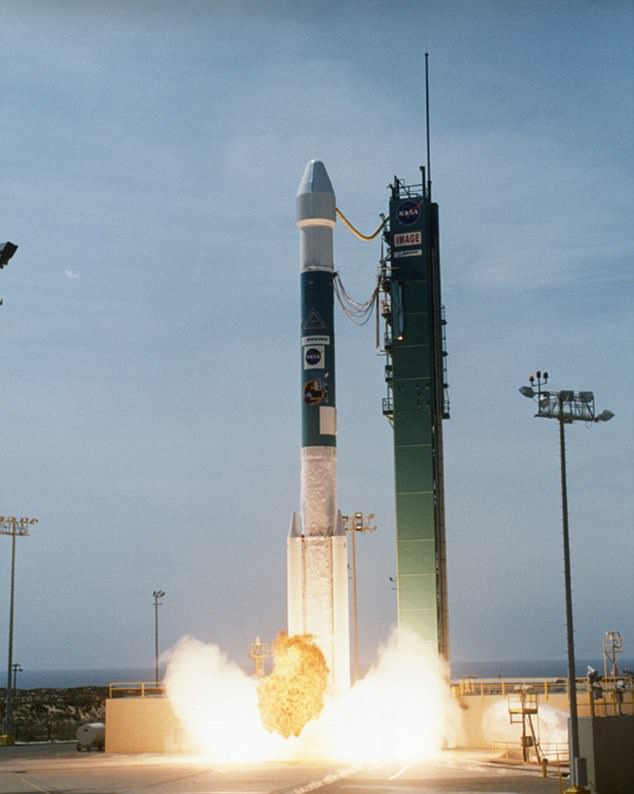 The IMAGE satellite launch from Vandenberg Air Force Base in Santa Barbara, California, on march 25, 2000

The Final Report about the satellite revealed that the most likely cause of the failure was due to an ‘instant trip’ of the power controller supplying power to the transponder.

But in mid-January this year, astronomer Scott Tilley reportedly made contact with the satellite. 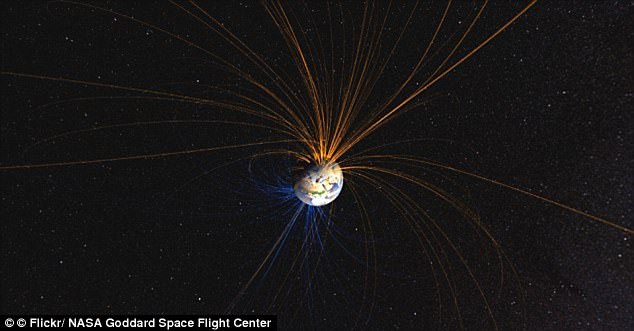 On this occasion, Tilley was looking for signs of Zuma, a recently launched, classified US government satellite.

However, Tilley discovered a satellite in High Earth Orbit labelled 2000-017A, 26113 – the IMAGE satellite. 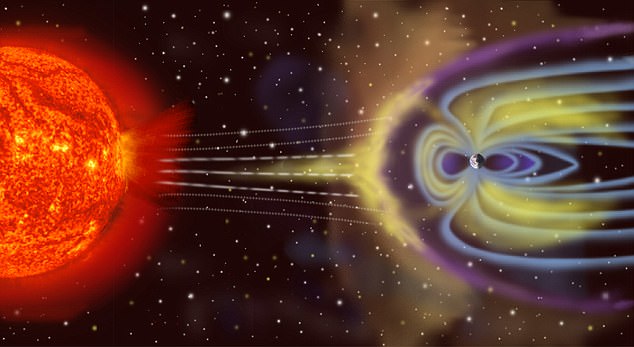 An artist’s rendition of Earth’s magnetosphere: the region of space controlled by the Earth’s magnetic field and containing tenuous plasmas of both solar and terrestrial origin

Now, NASA is working towards making contact with the satellite, and understanding why the spacecraft’s rotation rate has slowed.

‘The team is collectively holding their breath waiting for some real information exchange between IMAGE and the ground,’ Patricia Reiff, a space plasma physicist at Rice University who was also a co-investigator on the mission, told Science Magazine.

HOW DOES A LIQUID IRON CORE CREATE EARTH’S MAGNETIC FIELD?

Charged metals passing through these fields go on to create electric currents of their own, and so the cycle continues. This self-sustaining loop is known as the geodynamo.