Astronomers have determined a newly discovered celestial object has a frozen core like a comet, but with an orbit more in line with an asteroid.

‘It fits the physical definitions of a comet, in that it is likely icy and is ejecting dust into space, even though it also has the orbit of an asteroid,’ Henry Hsieh, a researcher with the Planetary Science Institute, said in a presentation on Monday.

‘This duality and blurring of the boundary between what were previously thought to be two completely separate types of objects — asteroids and comets — is a key part of what makes these objects so interesting.’

Astronomers believe asteroid 248370 is icy and expelling dust like a comet, but has an orbit more in line with an asteroid. ‘This duality and blurring of the boundary between what were previously thought to be two completely separate types of objects … is a key part of what makes these objects so interesting,’ said Henry Hsieh, a researcher with the Planetary Science Institute

Out of more than half a million known main-belt asteroids, 248370 is one of only eight confirmed to have been active more than once.

‘This behavior strongly indicates that its activity is due to the sublimation of icy material,’ said Hsieh.

A main-belt comet, to be precise—one of only about 20 celestial objects suspected or confirmed to be, Hsieh said, ‘including some that have only been observed to be active once so far.’

The hybrid, which Hsieh calls a ‘main-belt comet,’ was discovered hidden among the asteroids in the inner solar system. 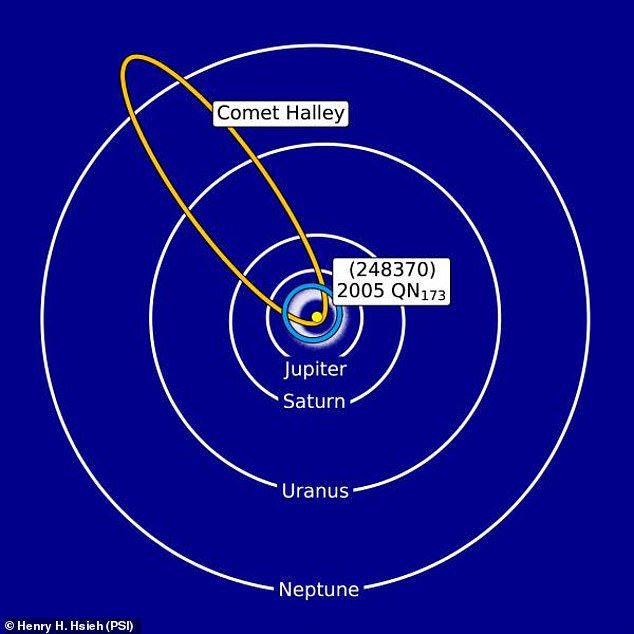 A chart illustrating how 248370’s orbit differs from a traditional comet’s, like Halley’s.

Traditional comets, like Halley’s, spend most of their time away from the sun in the cold outer solar system.

Hsieh presented his findings today at the annual meeting of the American Astronomical Society’s Division for Planetary Sciences.

‘248370 can be thought of as both an asteroid and a comet, or more specifically, a main-belt asteroid that has just recently been recognized to also be a comet,’ he said.

He found that the size of the object’s nucleus — the solid object at the ‘head’ of the comet— was about two miles across, and its tail was about 900 miles wide.

To put that in more perspective, if the tail was the length of a football field, it would be just seven inches wide with a head only a half-millimeter across.

‘This extremely narrow tail tells us that dust particles are barely floating off of the nucleus at extremely slow speeds and that the flow of gas escaping from the comet that normally lifts dust off into space from a comet is extremely weak,’ Hsieh said.

Normally such a slow pace would make it harder for dust to escape the gravity of the comet’s nucleus, so Hsieh theorized ‘something else’ was helping it shed dust.

‘The nucleus might be spinning fast enough that it’s helping to fling dust off into space that has been partially lifted by escaping gas,’ he said, adding that more observation was needed to confirm the speed of the comet’s nucleus.

Cometary activity is usually thought to be caused by the transformation of ice into gas.

Most comets spend most of their time on the cold outer edge of the solar system, beyond the orbit of Neptune, with elongated orbits that only come near the sun or Earth briefly. 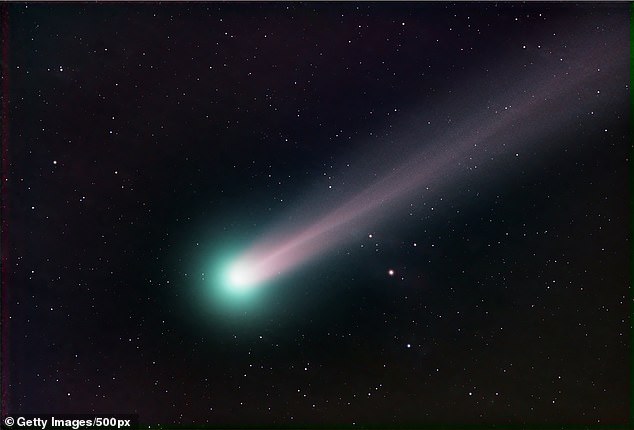 Most comets spend most of their time on the cold outer edge of our Solar System, beyond the orbit of Neptune, with elongated orbits that only come near the Sun or Earth briefly.

‘During those times when they are close enough to the Sun, they heat up and release gas and dust as a result of ice sublimation, producing the fuzzy appearance and often spectacular tails associated with comets,’ Hseih said.

By contrast, main-belt asteroids orbit in the warm inner solar system, between the rotations of Mars and Jupiter.

Astronomers believe they’ve been there at least for the last 4.6 billion years, with any ice having long melted away. 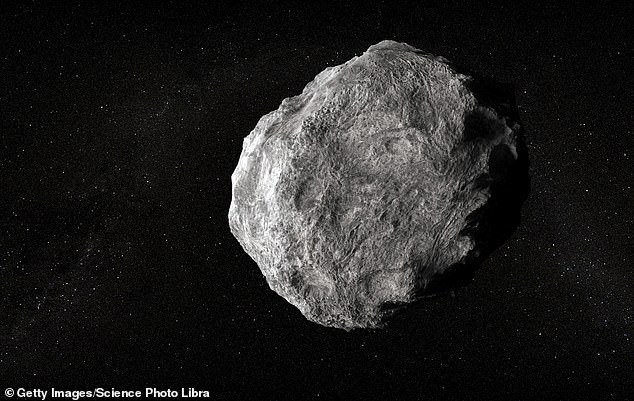 Main-belt asteroids orbit in the warm inner Solar System. Astronomers believe they’ve been there at least for the last 4.6 billion years, with any ice having long melted away.

But as Hseih and UCLA astronomer David Jewitt determined, there are some objects, main-belt comets, that defy these clear distinctions.

That’s important because a substantial part of Earth’s water is thought to have been delivered via asteroid impacts when the planet was being formed.

Since these hybrid comet-asteroids still likely contain ice, Hseih said, they can help test that theory and offer clues about the origin of life on Earth.