Asylum seeker activists are arrested after protest outside a Brisbane hotel

Almost 40 protesters have been arrested in rowdy scenes outside a Brisbane hotel where 120 asylum seekers have been detained for up to a year.

Up to 600 protesters gathered at the Gabba on Sunday before marching to Kangaroo Point Central Hotel & Apartments where they shut down several streets and staged a sit-in, demanding the release of the men as police kept a watchful eye.

Footage shows officers dragging protesters from the street by force.

The majority were charged with contravening a police direction and failure to move from a roadway while woman, 27, also allegedly assaulted an officer.

Most will face court at a later date while one protester will appear in Brisbane Magistrates Court on Monday.

Organisers Refugee Solidarity Brisbane/Meanjin described the sit-in as a peaceful protest and urged anyone angry about Sunday’s arrests to make their voices heard outside the hotel in the coming days. 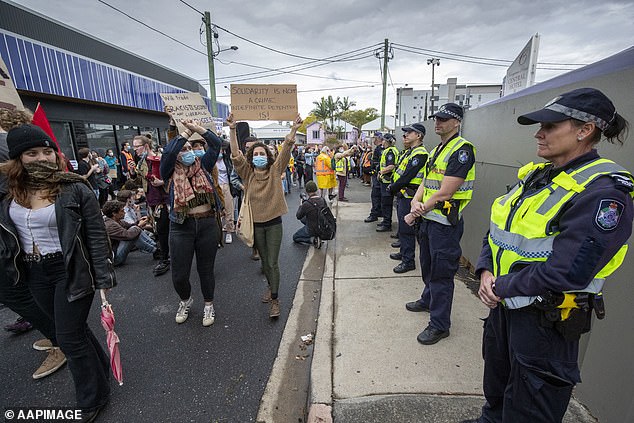 Police made their presence felt at the Brisbane protest, where they later made 37 arrests

She described the arrests as over the top.

‘We thought it would be nice if our friends inside could share a meal with us,’ Ms De Leon told Sunrise on Monday.

‘Police started moving everyone off the road and dragging people away and we thought this was a little bit over the top over curry.’

‘We occupied a quiet street, we were very peaceful, no one was being violent so we didn’t think the police power was necessary.’

‘I think police have better jobs to do than assault people who are peacefully protesting.’ 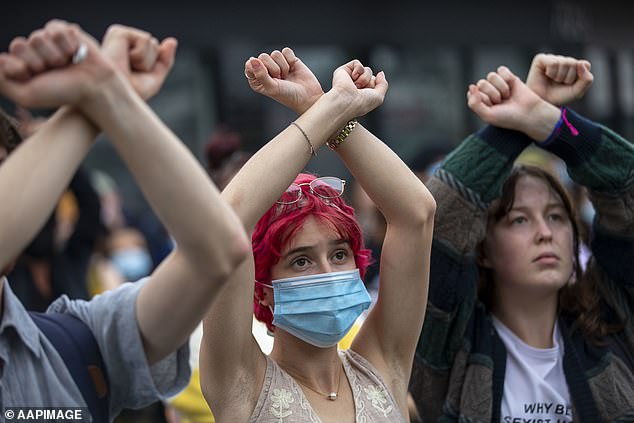 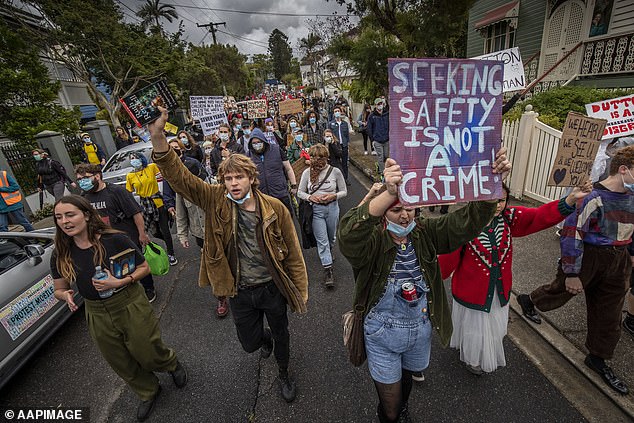 The protest forced several Brisbane streets to be shut down

It’s the third consecutive week Refugee Solidarity Brisbane/Meanjin has organised the rally aimed to raise awareness to the plight of the asylum seekers, who were    brought to Australia from Manus Island and Nauru, mostly under orders that they receive specialist medical care.

Some have been detained the hotel for a year, but have notched up almost seven years in detention overall.

The group plans to hold protests every week until the asylum seekers are released.

Protesters staged a sit-in outside the hotel, demanding the release of 120 asylum seekers